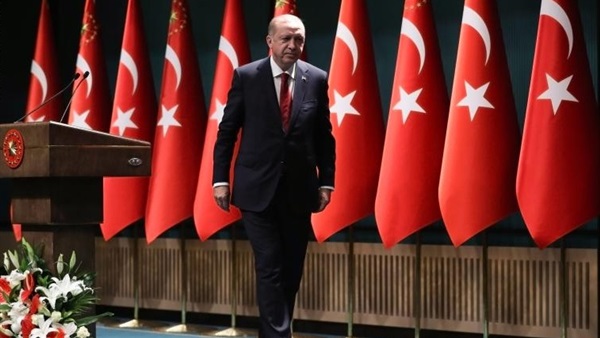 Erdogan on a detention rampage against Kurds

The regime of Turkish President Recep Tayyip Erdogan has started a massive wave of arrests against Kurdish citizens, accusing them of having links with the Kurdistan Workers’ Party, which is widely known as the PKK.

Ankara has been labeling the party a “terrorist organization” since 1999. It also has been putting party founder Abdullah Ocalan in jail since then.

Turkish authorities have sacked three elected municipality heads and appointed members of the ruling Justice and Development Party instead. Turkish police also laid a siege around the three municipality buildings and smashed the door of one of these municipalities.

The Turkish Interior Ministry declared, meanwhile, that policemen had arrested hundreds of people in different cities allegedly for having links with the PKK.

The ministry added on Twitter that policemen had arrested 418 people in the southeastern predominantly Kurdish cities of Diyarbakır and Mardin.

The head of Amida municipality said he had not received a notice on his sacking from office.

He added that when it arrived at the municipality building, Turkish police smashed the main gate and then stormed into the building.

“We are facing an unlawful situation here,” the sacked municipality head said. “The authorities are violating the will of the public.”

The Kurdish crisis has grown rapidly during the past few years. Turkey has been staging raids on Kurdish regions in southern Turkey, Iran and eastern and northern Syria since 2015.

The Kurdish People’s Democratic Party described the sacking of the three municipality heads as a coup against democracy.

“This should raise the alarm, not only among the Kurds, but also among all pro-democracy groups in Turkey,” the party said in the statement.