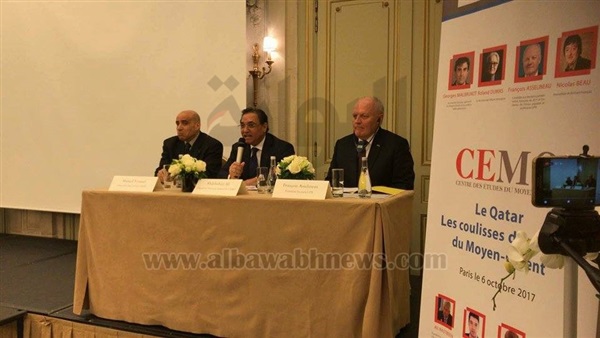 CEMO to launch Turkish version of the “Reference”

Director of the Center for Middle East Studies in Paris (CEMO), Dr. Abdel Rahim Ali unveiled his intention to launch Turkish version of the “Reference” website launched by the Center in four languages: Arabic, English, French and German.

The new version will be launched on Thursday 22 August.

The Turkish version came among a framework of CEMO to address the world in all the Modern languages.

In this context, CEMO released a statement clarifying its message of the website:

Turkish version of the Reference… Why?

The interest of Arabs in Turkish affairs is almost non-existent, for several reasons: one of the most important reasons is Turkey was largely closed after World War II.

At that time Ankara got rid of the legacy of the Ottoman Caliphate, and started to establish of a modern secular state led by its historic leader, Kemal Ataturk.

Among the reasons the painful memories of the Arab peoples because of the colonial history of the Ottoman Empire, this practiced the worst forms of discrimination and racial oppression.

Perhaps one of the reasons is the emergence of political Islam movements, which in Turkey were represented by Erdogan’s AK Party.

After the emergence of political Islam movements, dreams of Erdogan for reviving the Ottoman Caliphate have come back  and Ankara has pursued policies against the interests of the Arab peoples over the last two decades. This policy destroyed relations between Turkey and those countries.

Turkey has supported armed groups and helped conspire to overthrow Arab regimes and obstruct efforts to bring peace and stability to the region.

This policy adopted by Turkey brought it to the brink of economic collapse and international political isolation after the country became a major prison obscured the facts.

For all these reasons, we launched this new version of the Reference website in an attempt to break through the barrier that Erdogan imposed on Turkey and expose the real suffering of the Turks, politically, economically and culturally.

The Turkish version will reveals the facts and secrets of the policies of the regime.

It is important here to clarify our firm position by declaring our appreciation of all components of the Turkish people as a brotherly people, and declaring our full respect for its history, civilization and diverse cultures.

As a media and research platform, we will always seek to reveal the truth in all its details, through documented and trusted information, and scientific analysis based on real data, in an effort to achieve full awareness of the realities of the Turkish situation and all its details.