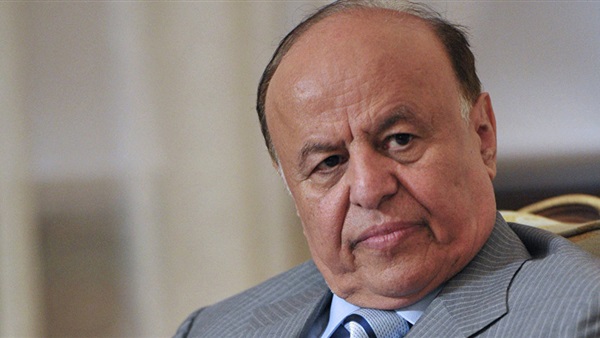 Brotherhood’s Al-Islah and domination of Yemen

Given what the scene summarizes in the ongoing war in Aden, in which the UAE was able to repel the attack of militias close to the Brotherhood, the Brotherhood Al-Islah managed to convince Saudi Arabia of its ability to confront the Houthis, and in recent years became the dominant force in the Hadi government. It tried to establish itself as an organizational, political and military presence in the south, where it was able to take control of Taiz and Marib and open a private bank. It began to enter the Turks, even taking positions of influence, and almost controlled the decision of the legitimate government supported by the Arab coalition, according to analysts and Yemeni sources.

Hence the statements of Sheikh Mohammed bin Zayed that the UAE will not allow Al-Islah and war traders to drain the Gulf economy.

Saleh al-Noud, a spokesman for the Southern Transitional Council, told Reuters that the only way out of the “legitimacy” impasse is to remove all elements of the Brotherhood Al-Islah party, which is one of the pillars of the Hadi government.

Brotherhood allies with the Houthis

Observers believe that Al-Islah has a disincentive to unite the anti-Houthi front and confuse it with maneuvers and factional calculations, as well as hinder the work of the Arab coalition, planning to distort its image and appear unable to achieve results on the ground, and repeatedly seeking to drive a wedge between the two main parties, Saudi Arabia and the UAE.

As the Houthis and their ally Saleh turned against legitimacy in Yemen in 2015, military positions controlled by Brotherhood leaders fell into the hands of the rebels without fighting, especially in the northern province of Amran.

Despite their military strength, they did nothing when the Houthi-led coup began with Saleh. Even the 310th Brigade, a strong military brigade whose commanders and members are from Al-Islah, fell to the rebels without actual combat, and the brigade’s leaders fled the battle.

According to the UAE’s Al Ain in 2015, Al-Islah has proven to be fighting alongside the Houthis. Yemeni political writer and researcher Ali Noaman al-Masfari said the Brotherhood had turned into a “cancer with (Saleh) and the Houthis to drain the Arab coalition.”

In recent years, the Tagammu Party for Reform (Al-Islah) has raised many questions about its affiliations in the two-year-old war, one time declaring its support for legitimate forces backed by the Saudi-led Arab coalition, and another “turning a new page” with the Houthis.

Despite the Brotherhood’s claim that they are fighting alongside the popular pro-legitimacy resistance, Yemeni army sources uncovered the bodies of Al-Islah fighters killed during the Houthi fighting, Reuters reported in 2017.

Brotherhood plays with all sides

Al-Islah played with President Hadi Mansour, believing that the military resolution to the war in Yemen in favor of the coalition weakens their access to political gains, and this leads them to focus on political negotiations that will push them as a negotiating party, while the military determination may exclude them.

The Brotherhood has supported representatives of Al-Islah, hoping it will bring them back to the political scene in Yemen. The group issued a statement on March 27 condemning Saleh’s alliance with the Houthis, stressing that their elimination would change the balance of power in Syria and Iraq, because the morale of the Shiite militias is crumbling and this is the first step to achieve victory over them. But when they fought the war against the Houthi group, they were defeated in the first battles in Amran, despite the possession of huge military forces like the First Armored Division, and some fled to Turkey, Qatar and Saudi Arabia. They negotiated with the Houthis in secret meetings to seek political gains.

Saudi position on the Muslim Brotherhood

In the years since 2011, the Yemeni Brotherhood reached the highest level of alienation with Saudi Arabia, to the extent that leaders of Al-Islah, such as the head of its supreme body, Muhammad al-Yadoumi, tried more than once in 2014 to meet with Saudi leaders, but they did not respond until after the fall of Sanaa to the Houthis.

After the fall of Amran, at a demonstration by the Yemeni Brotherhood in Saudi Arabia, flags of “Thank You King of Humanity” were hoisted to support King Abdullah’s support for Yemen with oil derivatives.

Following the Houthis’ takeover of Sanaa in September 2011, the war slogan that brought the two sides to fight the Twelver Shiites was transformed. For the first time, this alliance did not include former President Saleh, but became an opponent on the side of the Houthis, while replaced by Hadi, who has neither the influence nor the experience of his predecessor.

Suddenly and without order, Al-Islah began conspiracies aimed at dividing Yemen, including its alliance with al-Qaeda, where documents found by the Arab coalition forces in Yemen revealed direct coordination between the Brotherhood and al-Qaeda, hiding behind the mantle of resisting terrorist acts in southern Yemen.

Saudi expert Ibrahim Al-Marei previously told Sky News that the gas revenues were taken over by the Muslim Brotherhood and put at the disposal of Brotherhood leader Sultan al-Aradah. He stressed that the Arab coalition was betrayed in northern Yemen, adding that the group uses al-Qaeda and ISIS to impose its projects, citing the example of Taiz, where there are many religious organizations and factions, some of which are linked to al-Qaeda and ISIS. What they share is their association with the Muslim Brotherhood, Marei said.

Al-Islah continues to play this role and contribute to the stumbling block on many fronts because of its keenness not to end the battle on behalf of one party or the other, where it is keen to agree with each party separately in order to know the space they can play in post-Houthi Yemen.

One expert, Egyptian writer Mahmoud Jaber, who is closely related to Yemeni and Houthi affairs, said in an exclusive statement that the Brotherhood has relations with Qatar and Turkey, which support and participate in the war in one way or another. However, Al-Islah found themselves within the reach of the Houthis and negotiated with them in secret meetings in order to search for political gains, and as the coalition bombardment increased, the group supported the war propaganda.

Sources said that the Muslim Brotherhood remained on its swinging positions in support of the fighting fronts, although a number of senior leaders announced their support for the coalition strikes, but it turned out that this support was only a tactical maneuver to absorb the resentment of people at home after the battles of Amran and the takeover of the 310 Armored Brigade, led by Maj. Gen. Hamid al-Qushaibi, led to the fall of Sanaa.

What is happening in Aden is related to the coloration of the Muslim Brotherhood and its transformations and unstable alliances. It is acting according to special agendas, related to the post-war situation and how it can reap the greatest gains. Recent confrontations have exposed Yemenis to the threat Al-Islah posed if it dominates “legitimate” institutions, which proved to be a lie after a heinous defeat by the Giants Brigades and the UAE forces.