Latest Posts
20:57
Home Reports Bolton in UK, Suggests US Sanctions on Iran Could Wait after Brexit 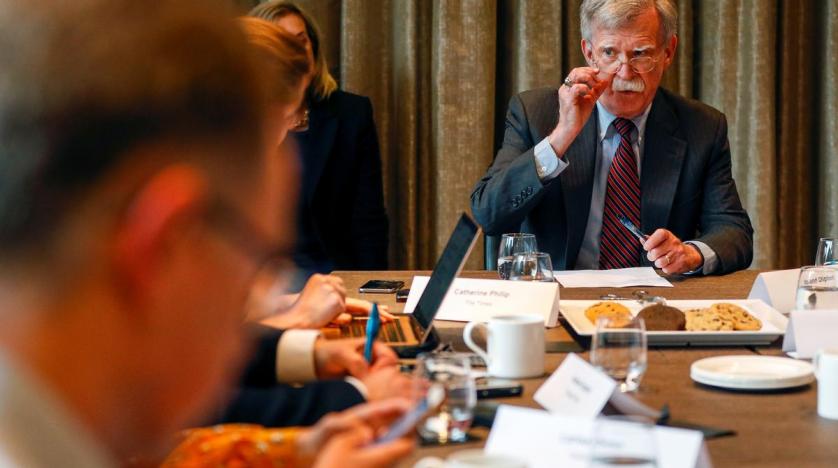 Bolton in UK, Suggests US Sanctions on Iran Could Wait after Brexit

US National Security Adviser John Bolton said Monday that Washington was ready to negotiate a post-Brexit trade deal with the UK “in pieces” to help speed the process as Britain prepares to leave the European Union on October 31.

Bolton told reporters after meeting with British Prime Minister Boris Johnson in London that a piecemeal approach to trade negotiations was “not unprecedented” and talks between the US and the UK could start with areas where the two sides are likely to agree.

“I think here we see the importance and urgency of doing as much as we can agree on as rapidly as possible,” he said.

Johnson’s office said the prime minister and US President Donald Trump’s adviser “spoke about Brexit and a range of other issues – including Iran, Hong Kong and 5G” network security.

Bolton suggested that discussing issues such as US sanctions on Iran and a ban of Chinese tech giant Huawei could wait until after Brexit.

“We’re not here to pressure you on this … We want to be helpful on Brexit,” he said.

Bolton had been expected to urge officials from Johnson’s newly formed, euroskeptic government to align its policy on Iran more along the lines of the United States, which has pushed a much tougher line against Tehran since withdrawing from world powers’ 2015 nuclear agreement with Tehran.

Britain, one of three European partners to the deal along with Germany and France, has so far backed the EU in sticking with the accord known as the Joint Comprehensive Plan of Action.

But the seizure of a British oil tanker in the Strait of Hormuz by Iran last month has put pressure on London to consider a more robust stance.

British marines seized an Iranian vessel, which is suspected of smuggling oil to Syria, off the coast of Gibraltar on July 4. This month, Britain joined the United States in a maritime security mission in the Gulf to protect merchant vessels.

British newspapers reported in May that the UK National Security Council, which meets in private, had agreed to let Huawei participate in some aspects of Britain’s new 5G wireless communications network.

The United States has been lobbying Britain and other allies to exclude Huawei from their 5G networks, insisting that the Chinese government could force the tech company to give it backdoor access to data.

But the British government has insisted no decision has been made about the use of Huawei’s equipment in the UK.

Bolton said it was an honor for him to meet with Johnson.