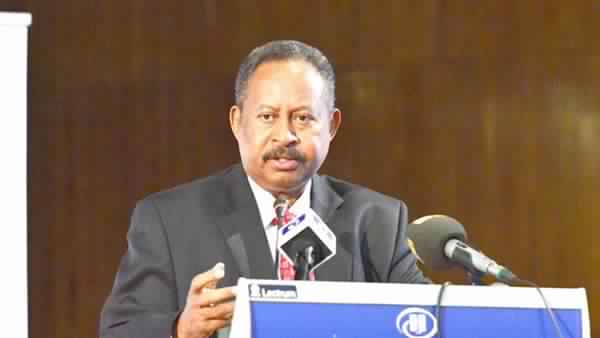 Abdullah Hamdouk: Economic guru on the throne of the Sudanese government

While the nominations of the military side of the Sudanese sovereign council have been completed, the structures of the Forces of Freedom and Change in Sudan have agreed on the appointment of the economist Abdullah Hamdouk as prime minister in the transitional government.

The nominations of the Freedom and Change Forces for the membership of the Sovereign Council will be completed in the coming hours.

The choice of Hamdouk to take over the leadership of the transitional government came for several reasons; including in the foremost due to his great economic experience internationally decades ago, with more than 30 years experience in the areas of public sector reform, regional integration and resource management. He studied at the School of Economic Studies, University of Manchester, UK.

Hamdouk, who is among the prominent figures that were mentioned in the media as nominated for the post of Prime Minister in the Transitional Government, has served in previous years as Secretary-General of the United Nations Economic Commission for Africa and as an economist in the field of public sector reform, governance, regional integration, resource management, democratic systems management and electoral assistance.

Hamdouk was appointed to the African Development Bank in Côte d’Ivoire until 2001, after which he joined the UN Economic Commission for Africa in Addis Ababa in several locations until he became Deputy Executive Secretary.

From 2003 to 2008, he served at the International Institute for Democracy and Electoral Assistance (IDEA) as Regional Director for Africa and the Middle East, and served as Chief Economist and Deputy Executive Secretary of the Economic Commission for Africa since 2011.