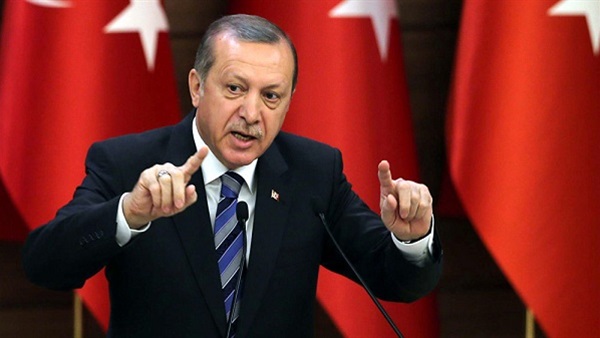 Over the past months, there have been many cases of dissent within the ruling Justice and Development Party (AKP), led by Turkish President Recep Tayyip Erdogan, against the backdrop of the party’s loss in the local municipal election in Istanbul in favor of opposition candidate Ekrem Imamoglu. Monday, July 8 witnessed the resignation of Deputy Prime Minister Ali Babacan, confirming the establishment of a new party in cooperation with former President Abdullah Gül.

Polarization and the end of authoritarian rule

The splits point to the Turkish trend to end Erdogan’s authoritarian rule by confronting the dictatorship and establishing new parties at the hands of his men, especially with the opposition looking for new breath, counting on the Babacan party and the visions of former Prime Minister Ahmet Davutoglu.

According to Haber Turk, Babacan made an offer to the former mayor of Fethiye, Bhagat Saatchi, after abandoning Al-Khair Party to establish the party’s structure in the southwestern city of Mugla. According to sources close to the Turkish Deputy Prime Minister, there will be a wave of schisms during the next stage within the ranks of the AKP, Al-Khair Party and a number of other political parties.

Observers believe that the establishment of a party led by Babacan and Gül will encourage the Republican People’s Party (CHP), reluctant to stand in the same circle with the Kurds, to enter into an alliance against the AKP and facilitate the establishment of a strong common bloc, in addition to contributing to the discussion of the Kurdish issue in a natural framework.

The Turks also rely on Abdullah Gül and Ali Babacan as well-known names in the Western capital markets to which Turkey attaches its hopes for investments. Moreover, the new party will be a haven for voters fleeing the AKP at this time of collapse.

Discussing the reference of the breakaway parties remains controversial, especially since the former economy minister and the former prime minister have both openly declared their intention to establish two parties, without specifying whether they would have a political Islamist agenda or be a secular party.

According to Orhan Uguroglu, a writer at the nationalist newspaper Yeni Şafak, Davutoglu asked Babacan to unite under the umbrella of one party, with the former taking over the presidency of the party and Babacan serving as vice president; however, no response has been issued as of yet.

Uguroglu discussed the similar and different aspects of Davutoglu and Babacan during the formation of the party, where he stated that both were opposed to the rule of the individual. Davutoglu demanded either an integrated presidential system such as the American system, which embodies the most powerful model of the principle of separation of powers, or a parliamentary system that achieves a clear separation of powers, while Babacan called for a parliamentary system supported by a completely new constitution, and he did not want a presidential system.

Uguroglu said that the most important point is the presidential system in which the president does not belong to any political party. They noted that Erdogan’s combination of both the Turkish presidency and the AKP presidency in his hand is incompatible with Turkish reality.

“They both defend the full membership of the European Union and the conformity of democratic rights and freedoms by law and the Constitution with European standards. They also pledge a firm stance on personal rights, freedom of the press, resolute response to terrorism, realism and rationality in foreign policy, an entirely independent judiciary, and an effective anti-unemployment plan as a result of economic growth, Uguroglu said.

Turkish reports indicate that Babacan and his team do not want to take Islam in its ideological sense as a political reference, but to be based on the Turgut Özal model, which does not involve religious groups and methods in running the country; it aims at a tolerant model of social relations with the Islamist faction, with the separation of religion from power, which is a secularism respectful of religious feelings, while Davutoglu follows a political agenda very close to the Islamist faction, and this is the most prominent intellectual difference between them.

While the current Deputy of the CHP party (the opposed) Abdul Latif  Shannar says: The establishment of two new parties led by dissident leaders of the AKP Party is not easy, the former prime minister is likely to relinquish the establishing of his new party because the chance of two different parties dissenting from Erdogan’s party in success are slim, expressing his belief that Ali Babacan who will establish the new party.

He confirmed that the alleged people seeking to establish a new party must have a clear position and explicit statements, assuring that its members must be in the parliament in order to be strong.

He pointed out that the AKP will witness a large wave of splits at the grassroots and leadership, especially after the scandalous loss of the Istanbul municipal elections.

Since he announced his desire to get out of the ruling party, the war has begun on him; as a State employee filed an official report against the Deputy Prime Minister, accusing him of helping the Fatah al-Islam organization in Turkey after he announced his secession from Erdogan’s party and establishment of a new one.

Turkish newspapers quoted the details of the report, and said: “Recently, news about the formation of a new party by former Minister of State Ali Babacan has appeared repeatedly in the media.

The reporter pointed out that Fethullah Gulen had re-elected the ideal person to take advantage of the latest political developments, to compel the present government to carry out its requests, and to retaliate and to draw the country into chaos, by saying.