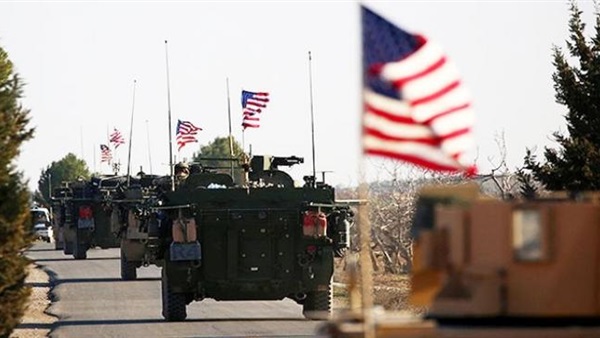 Internal conflict: The scenes of Germany’s refusal to cover US withdrawal from Syria

The demands that the United States of America withdraws from Syrian territory in the face of potential threats to the remnants of Daesh organization should be increased if it can be reunited again.

Germany, which is part of the international coalition to confront the Daesh, is one of the countries demanding compensation for the military shortage that will follow the withdrawal of the United States, in implementation of the decision of President Donald Trump, but Berlin’s position does not bode that it will meet the demand.

Amid a government rejection and mixed reactions in Berlin’s political circles over the US demand to send German troops in Syria, the international community is watching what could, if any, happen to the situation.

“When I say that the German government intends to continue its participation in the coalition against a sympathetic organization, as we know, it does not include ground forces,” German government spokesman Stephan Zeibert said on Monday.

“We are looking here (in Germany) and other partners in the coalition,” Berlin said after Washington asked Berlin via US Special Representative to Syria James Jeffrey, who held talks with German officials at the German Foreign Ministry, to provide ground troops.

US President Donald Trump announced the end of 2018 withdrawing the largest number of about two thousand US troops deployed in northeastern Syria, declaring a complete victory on the Daesh organization, but was convinced to slow this withdrawal and leave a few hundred US soldiers in this area beyond the control of the Syrian government.

This approach comes from the US government, with experts and observers predicting the return of the terrorist organization in Syria, stronger than ever before unless other countries intervened with the United States continue to implement the process of withdrawal from the country’s borders.

James Jeffrey, the top US envoys to Syria and the Coalition Against Daesh, said in an interview with The Defense One that Foreign Affairs magazine quoted him as saying that there were expectations that coalition forces would address the shortage and get a very encouraging response from them.

But so far, no coalition forces in Western countries have committed additional troops to fill the gap when the majority of US troops leave, leaving a dangerous security vacuum that will undoubtedly be exploited by terrorist organizations, most notably a staunch organization.