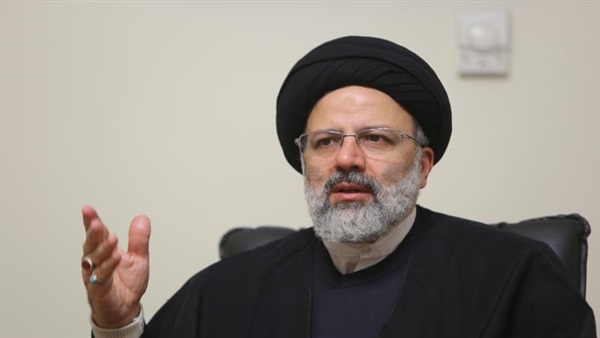 Despite his bloody past in the judiciary, Ibrahim Raisi is the most prominent candidate to succeed Supreme Leader Ayatollah Ali Khamenei who is 80 years old and holds the highest post in the country.

The emergence of the hardliner

He was born in 1961 to a religious family in the northeastern city of Mashhad. His father died at the age of five. After completing his primary education, he joined the scientific estate in Mashhad before moving to the city of Qom, the stronghold of scientific seminaries. He received his studies at the Haqqani School, where the most powerful clerics in the current regime, headed by Khamenei, graduated.

The succession of the guide who is inflicted with prostate cancer has become a hot issue in Iran’s political circles recently, especially after the representative of the supreme leader of the Revolutionary Guards, Abdullah Sadeghi, hinted that the new leader should carry the same qualities as his predecessors in terms of hard-line approaches and support for the idea of ​​exporting the revolution.

The past months have seen a major escalation to bring together several important positions. In March, Iran’s Leadership Council elected him as its first vice-president to get his second senior post, days after his appointment as chief justice.

He won a majority of votes against his rival, the chairman of the regime’s Expediency Council, Sadiq Larijani, the same person who has been president since 2008.

The Council of Experts of Leadership, the main body of the Iranian regime entrusted with the task of appointing and isolating the leader of the revolution, is unable to carry out its duties and is likely to play a prominent role in the selection of the next Supreme Leader.

Raisi and support of fundamentalists

The panel of experts is composed of 88 of the most senior clerics. They are chosen by direct vote every eight years. The committee is currently headed by Ahmed Jannati, 91, according to a decree issued by Khamenei in 2016, which is empowered to prepare a list of candidates for the position of mentor.

Ibrahim Rassi is a former presidential candidate, supported by the fundamentalists and the reformists, along with Iranian leader Ali Khamenei. A major rise is an indication of the expansion of conservatives in power and governance.

The man has a close relationship with hardline cleric Ahmed Alam al-Huda, who serves as Khamenei’s representative in the city of Mashhad.

Judge on the death committee

The man has a black history in the judiciary since he was a prosecutor. He was one of the most hard-line Iranian officials against the opposition. Even the famous Evin prison north of Tehran has been full of victims for years.

He co-chaired the execution of political prisoners in 1988, when he was assistant to the prosecutor in Tehran, a member of the “death committee,” according to a tape from Khomeini’s deputy Hussein Ali Montazeri.

The Chairman of the Council of Experts on Leadership praised Khamenei’s decision to appoint the new Chief Justice, Ibrahim Rashi. “I must accept the leader’s hand to choose him as president because the election angered the enemies of the revolution,” he said.

He served as Deputy Prosecutor in Tehran in 1989 and remained until 1994. He was appointed Vice-President of the Judiciary between 2004 and 2014.

He has also held several positions, including Prosecutor General in the city of Karaj, and head of the General Judicial Inspectorate in Iran.

The main sanctions imposed by US President Donald Trump recently included Iran’s Supreme Leader Ayatollah Ali Khamenei and his associates. In an article in Farsi for the American website, lawyer Shadi Sadr said that the sanctions were aimed at Khamenei’s close associates.