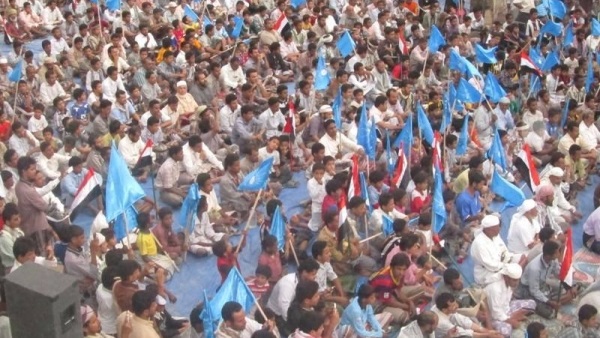 Death verdicts spoil ties between Yemen’s Brotherhood and the Houthis

The Yemeni Congregation for Reform, frequently called al-Islah, the Muslim Brotherhood’s political arm in Yemen, has had fluctuating relations with the Iran-backed Houthi militia. Nonetheless, these relations have reached a dead end in recent days.

A Houthi-run partial court has recently sentenced 31 leaders of al-Islah Party to death and declared five others innocent.

The Houthis said the convicted figures had been involved in terrorist activities after receiving training at one of the camps in Yemen. The militia also accused these figures of being financed by some states, even as it could not present proof of this.

Head of the Geneva-based rights group, Sam, Tawfiq al-Mohamadi, considered the verdicts issued against the 31 Islah leaders as “illegal”.

He said the court sentencing these people to death did not enjoy the necessary jurisdiction to issue such rulings.

“The rulings were also issued by a court that is recognized by nobody,” he said.

Tawfiq said the trial of the leaders of al-Islah Party witnessed gross violations. He accused the Houthis of terrorizing court judges.

Relations between al-Islah and the Houthis were secret at first, given the illegitimate nature of the Houthis’ presence at Yemen’s saddle.

Relations between the two sides started to come to the fore when Gen. Ali Mohsen al-Ahmar, an Islah Party leader himself, handed over a military camp in Sana’a to the Houthi militia. The camp contained military equipment belonging to the Yemeni army.

The handover of the camp offered insights into the future policy line of the Brotherhood in Yemen. Nevertheless, this was surprising to many because al-Islah had always said it sided with legitimacy in Yemen.

Al-Islah then offered a lifeboat to the Houthis after the formation of the Saudi-led coalition for the liberation of Yemen from Houthi control. The party did this by signing a “Coexistence and Understanding” deal with the Houthis.

The deal opened the door for the transfer by the party of areas under its control to the Houthis in a number of Yemeni cities, including in Taiz.

However, the party soon turned against the Houthis, but after the Iran-aligned militia used it in gaining public and military support.

“Nonetheless, the Brotherhood wants to use the case to claim that they are victimized by the Houthis in their bid to win over public sympathy,” he told The Reference.