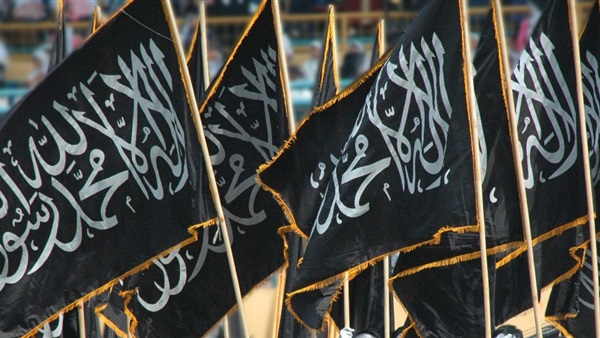 In the far south of the globe, the Daesh terrorist organization was planning to establish a new caliphate before security services could foil its plot and bring the terrorists to justice.

An Australian federal police spokesman the 23-year-old was due in court on Wednesday after he was charged with being a member of a terror organization.

The 20-year-old man is expected to be charged with being a member of a terrorist organization, preparing for a terrorist act and preparing to enter a foreign country for the purpose of engaging in hostile activities.

The 30-year-old was charged with obtaining a financial benefit by deception and granted police bail before his matter goes to court later in July. He has not been charged with terrorism offences.

Police began an investigation 12 months ago and allege the men made threats about central Sydney locations on social media including messaging services WhatsApp and Telegram.

El Matari, who was arrested at his Greenacre home, had been under police surveillance since returning to Sydney from Lebanon 12 months ago.

“We will allege in court that the man was in early-stage preparations and was someone who had expressed intentions to carry out a terrorist attack in Australia,” Australian Federal Police’s national manager of counter-terrorism, Ian McCartney, said.

“Police station, defense establishments, embassies and consulates, courts and churches [were all potential targets],” he said.

Police said El Matari had only become of interest to Australian authorities because of his trip to Lebanon.

Tuesday’s raid was the 16th alleged planned terror attack police have foiled since the terrorist threat level in Australia was elevated to “probable” in 2014.

“There are still people who wish to do the community harm. Their actions are criminal and they represent hate and terror,” McCartney said.

A former cop and mentor of the  20-year-old insists he was placed in a well-meaning support program.

The Daily Telegraph reports he was placed in a deradicalization program by authorities before he went on to allegedly plan a terrorist attack.

But one of his mentors, criminologist and former cop Michael Kennedy tells Natalie Peters and Erin Molan that the NSW Police placed him in a support program when he returned from Lebanon.

“The decision was made to try and offer him some support to redirect what he was doing and make him fully informed.

“In the meantime, the Federal Police would decide what they were going to do with him.

“At the end of the day, he can’t say that an effort wasn’t made to steer him in the right direction.

“I met him on weekends just to have a coffee, he’d ask advice on things and I’d give him some information.”

Home Affairs Minister Peter Dutton said the case bolstered the argument for new laws the government plans to put to Parliament this week that would let authorities block Australians deemed a terrorist threat from returning from overseas for up to two years.

Dutton said the government could not be certain how many Australians who supported Daesh might still be at large in the Middle East.

“Even though there’s been an enormous disruption and the taking over of areas … nonetheless there are many people who still are involved in different theatre skirmishes, regroupings. It may be the case that some Australians we assume have been killed in the theatre of war may not have been.”

Police allege the pair arrested on Tuesday had planned to import firearms and explosives to carry out the attacks.

“They were starting to reach out to people overseas,” McCartney said.

El Matari also allegedly had plans to go to Afghanistan to pledge allegiance to, and fight for, Daesh, he said.

He had a visa and a plane ticket to Afghanistan, and planned to purchase a firearm upon arrival, police alleged.

“Through these activities, he’d sworn allegiance to Daesh,” McCartney said. “There was a domestic plan at the same time.”

He will also face charges under the so-called foreign fighters legislation designed to stop Daesh sympathizers from going to the Middle East to fight.

Regarding these controversies and issues regarding the effects of Daesh’s future opportunities in the south, it turns out that the security management is still aware of all aspects of the problem and managed to claimed branch of the terrorist organization in the country.

But the statements of the Minister of Interior indicate the possibility of growing opportunities for “lone wolves” in the attack on dangerous targets may confuse the community security.

Especially that the organization has succeeded in the past in the implementation of some operations, most recently on 9 November 2018 when a 31-year-old Somali immigrant set fire to a truck carrying gas cylinders; in addition to stabbing three others on a street in Melbourne, killing two people including the bomber.

It is noteworthy that the statements of the Minister of Interior warned of the danger of electronic recruitment, which continues to be applied by the group to threaten Western countries and force them to submit to the wishes of extremist groups.