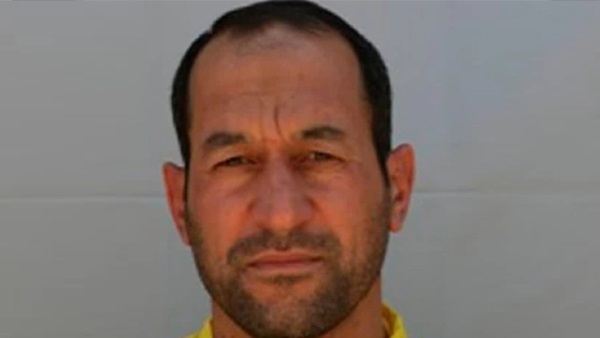 Al-Baylawi: Daesh engineer and Prince of terrorism in Boca prison

In June 2014, as the burning sun set fire to events in Iraq, which was on the verge of a sudden turn in history, the Iraqi security forces reached a house in the left of the city of Mosul, belonging to one of the senior leaders of the Daesh organization called Abu Abdalrahman al-Baylawi.

Iraqi forces raided the house where he was staying, based on confessions made by Abuhajer al-Asafi, the coordinator of Daesh General Post at the time, but did not succeed in arresting Belawi who refused to surrender and preferred to resist until the end.

Less than a month later, the Daesh terrorist organization announced what it called the battle of revenge for Abu Abd al-Rahman al-Baylawi, which was launched from the right-wing neighborhood of Mosul and ended with the fall of the entire city in the grip of Daesh.

After the flash battle in Mosul, the organization published a voice word through its spokesman, Abu Muhammad al-Adnani, in which it announced the killing of Abu-Ubd al-Rahman al-Baylawi-Adnan Ismail Najm, revealing his role in the organization, asserting that he served as the general coordinator of the Daesh states and the mastermind of the battle for control of Mosul.

Of the Saddam army to the group of Zarqawi

Born in 1974 in the Iraqi province of Anbar, Adnan Ismail Najm al-Dulaimi was born in Iraq’s Anbar province. After his return, he joined the Iraqi military college and graduated to join the elite Republican Guard under the rule of Saddam Hussein.

Najm lived in the military until the rank of Captain before the US occupation of Iraq in 2003, but he shifted from believing in Baathist ideas to embracing the ideas of the Tawhid wal Jihad group founded by Abu Musab al-Zarqawi in 2003.

During this period, Najim took charge of what is known as Ramadi and Fallujah, and during that period he was known as Abu Bakr al-Baghdadi, who occupied the so-called criminal judge of the city of Falluja.

In prison he was chosen by the terrorists to serve as the “prison prince” in charge of managing their affairs and solving their problems, but not only that, but went to study the various legal sciences, in prison.

Before the US withdrawal from Iraq, US forces handed over Najm to the Iraqi forces that Abu Ghraib imprisoned in order to serve his life sentence.

Najm went out of prison and returned to communicate with the terrorist organization’s members who were his associates inside the Boca detention complex. To the confidence of al-Baghdadi and his deputy at the time, Abul-Salam al-Turkmani, Fadhil al-Hayani, a former Republican guard in Najm, assumed responsibility for military planning within Daesh, and also oversaw the cells of the organization deployed in a number of Iraqi cities.

He also visited a new identity in the name of Abdullah Hussein al-Jubouri, a colonel at the intelligence and security department of the Iraqi Ministry of Defense, to escape the security prosecution and be able to pass through the checkpoints that were set up by the Iraqi army and police forces.

In addition to the coverage procedures followed by Al-Baylawi, he presented the speech of an Iraqi woman named Wafa Ammar Hazem after he claimed to be a construction contractor in Iraq.

According to a previous meeting with the “wife of Bellawi”, he was careful not to communicate with her over the phone, saying that he was detained by the “Americans” because of his previous job as a captain in the Republican Guard, and is afraid of prosecution if the phone was used.

After completing the marriage, in December 2013, Belawi began planning the Mosul battle, which was originally intended to capture parts of the right-hand part of the city, and to withdraw later if elements of the organization faced military pressure from the Iraqi army.