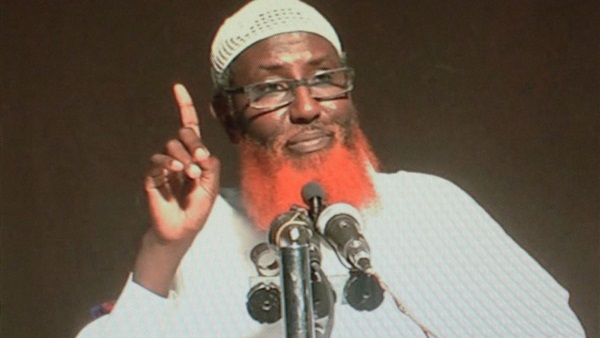 A video published by ISIS terrorist Abdel Qader Mumin on Telegram has announced a declaration of war on al-Qaeda branches in Somalia, as he urged terrorists to carryout armed operation against Al-Shabaab militant group.

The appearance of Mumin raised many questions, especially that the United States Africa Command (AFRICOM) announced him dead in April 2019.

Daesh in Somalia (ISS), or Abnaa ul-Calipha (Sons of the Caliph), emerged in 2015 as a splinter group of al-Shabaab. It is affiliated to Daesh. It operates in the mountainous areas of Puntland in the north and has claimed responsibility for several terrorist attacks across Somalia.

The ISS is led by Mumin a Somali-born British citizen who returned to Somalia in 2010 to join al-Shabab, before dissenting to join Daesh.

In August 2016, the United States listed Mumin on the terrorism list, describing him as the leader of Daesh in East Africa, labeling him a global terrorist.

Abdul Qadir Mumin was born in Somalia to a Muslim family, and he immigrated to the United Kingdom in 2005 during the political crisis in East Africa.

In 2010, he appeared at a CAGE conference condemning the West’s anti-terror tactics in the Middle East, and he radicalized young men to become Islamists.

He fled to Somalia a few months later, and he became a religious authority in the al-Shabaab terrorist group. On 22 October 2015, he pledged allegiance to Abu Bakr al-Baghdadi and the Islamic State, and he resided in Galgala, Puntland.

An orange beard gave him a distinctive form, especially since he was unknown to US intelligence or to the armed groups and movements in the Horn of Africa.

Before he took over leadership of Somalia, Mumin was seen in al-Shabaab as a visionary and ideological rather than as a military leader.

In 2010, Abdul Qadir returned to his native Somalia, joined the al-Shabab al-Shabab movement and after his arrival burned his British passport.

Intelligence reports reported that he had a close relationship with Michael Adibolago, who was convicted, along with someone else, of killing British soldier Lee Rigby in London in 2013 , And Muhammad Imwazi known as the “jihadist John” famous for his slaughter of Western hostages in Syria.

In early 2016, according to US Department of State and Treasury reports, Mumin received funding from Qatar under the guise of development aid and humanitarian relief; in order to recruit the largest number of young people in Somalia for the Dahesh cell; Doha supported the cell by approximately $ 100 million , Which raised the fears of the United States because of its troops in the country, and the military operations to be carried out by Mumin and his men in Somalia against them.

When he returned to Somalia, he went to Somaliland, the eastern mountain bordering Puntland in 2012, and took it as a camp for him and the faction of the Mujahideen Youth Movement, under the leadership of Mohammed Said Atom, who surrendered to the Somali government in 2014 and took over the reins of the Puntland faction, On the central youth movement in southern Somalia.

In 2017, with the development of events, Abdul Qadir managed to recruit large numbers of the ranks of the organization in Somalia, which led to the arrival of the strength of his faction to about 2000 to 3000 armed.