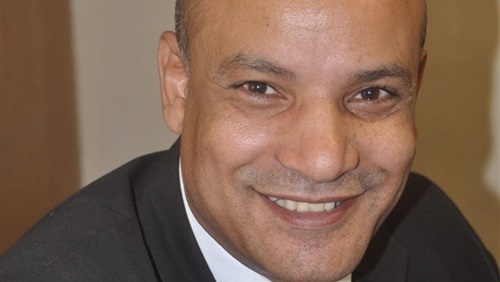 Aktay and the new Brotherhood plan

On 8/3/2019, Yassine Aktai, Erdogan’s advisor, met with a number of leaders of the international organization of the group, most of them from the second and third unknown generation.

This meeting was crowned on the same day with another meeting that was leaked by the media to cover up the first meeting and the second was with a number of the youth of the group, and it was said that they discussed the handover of Mohamed Abdelhafiz to Egypt, and the promise not to hand him over, and this is published in multiple locations.

However, the first meeting was with the two real organizers (all now new, mostly young). They talked about it before (the five arms of the Muslim Brotherhood).

Now, the Brotherhood is different from what we know, and for example, what is happening of the Community and its new policies in South America. An example is the subject of Halal meat. The word halal is no longer a means to be observed when slaughtering an animal to be halal and undergoes a series of long procedures, passing through the Islamic centers that grant the license of traffic, and most of them in the hands of people affiliated to the Muslim Brotherhood.

Halal meat, which reaches Egypt, Saudi Arabia and the UAE, is worth 14 billion dollars a year. In Brazil, two are owned by Ahmad al-Saifi, who meets today Saudi Minister of Awqaf Abdullah al-Samil and Mohammed Hussein al-Zoghbi, both of whom export to the three countries.

Zoghbi accuses el-Saifi of being brothers, and the second accuses the former of promoting drugs. El Saifi has a very large media team and works with journalists from Egypt, who receive thousands of dollars a month to pass their meetings and market it with Egyptian institutions.

A member of the Islamic Group in Lebanon, and all the preachers called the advocates of Awakening in the Kingdom had to pass the institution of el-Saifi which was spent on 150 Gulf people and now reached about a thousand people under the title of (preacher) overseeing the so-called Halal meat.

For example, chicken companies pay a dollar on each chicken to take the seal of it (halal) and slaughter it according to the Islamic way, and because the subject is very profitable it has become in Brazil alone:

1- Halal slaughter group, a Brazilian company affiliated to the Islamic Call Center in Latin America and its founder, Ahmed Saifi.

2 – Sibal, a Brazilian company of the Brazilian Islamic Center for Halal Foods, the active arm of the Federation of Islamic Associations in Brazil, and its owner is Mohamed Hussein Al Zoghbi.

3. Halal Foods, a Brazilian company of the Brazilian Islamic Center and its Secretary-General, Nasser Khazraji.

These “mainly non-profit” associations have become huge institutions because they are paid for the seal of the Halal food they sell.

After the dismantling of a fourth sit-in with preachers and imams of the Egyptian Ministry of Waqfs residing in Brazil, they staged demonstrations and raised the slogans of the Brotherhood and were dismissed from the ministry, and after some of them offered loyalty oaths were returned to service.

With feeling the danger, countries began to realize how these institutions penetrated the Muslim World League in the Kingdom and the World Muslim Youth Forum (controlled by the Muslim Brotherhood). When Mohammed Al-Issa assumed the responsibility of the Association, he canceled the contracts of thousands of preachers in Europe and America.

Kuwait’s Ministry of Waqfs has canceled 453 preachers in Europe on charges of supporting terrorist groups on the recommendation of Britain during the time they discussed declaring Brotherhood a terrorist group.