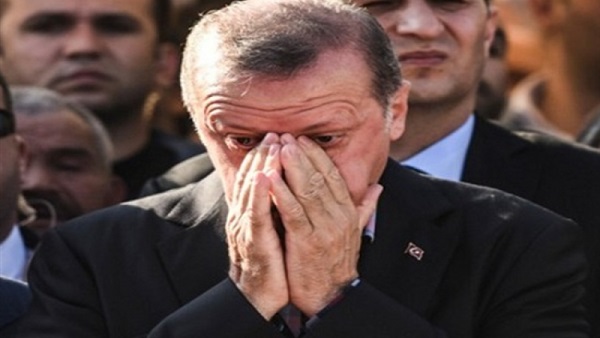 Turkey in range of US sanctions again

US President Donald Trump has announced the cancellation of waivers for some countries that had been allowed to import oil from Iran without being subjected to US sanctions. The countries include Turkey, China, India, Japan and South Korea.

The waivers had been granted under the pretext of providing the opportunity for these countries to find alternatives to Iranian oil, which they mainly rely on, as the sudden stop of Iranian oil could cause oil prices to rise sharply in international markets, which would generate a large return for oil-exporting countries, but at the same time it would cause the US budget to suffer huge losses because of increased government spending on oil imports.

Turkey has always boasted of its ability to withstand American attempts to stop its trade dealings with Iran.

After the signing of the nuclear agreement in 2015, Turkey openly boasted about the independence of its foreign policy and its ability to determine the future, before going on to accuse the West of being against them and Iran.

At the same time, Turkey has stressed that economic cooperation with Iran is imperative for stability in the Middle East.

After the US president announced his intention not to renew the waivers that expire on May 2, the Turkish foreign minister came out to declare again that this would have its own detrimental effect on the Middle East.

Although this statement clearly defends Iran’s right to export its oil products, it also reflects Turkey’s fear of what is coming.

Turkey has been importing oil from Iran because of Iran’s low prices. Iran has also neutralized its oil exports to Turkey over the political differences between the two countries regarding Syria, Iraq and other world regions.

But Turkey’s insistence would certainly expose it to harsh US sanctions, which Turkey cannot tolerate at the moment, especially with its economic crises and the decline of the lira against the dollar. Turkey is still trying to restore strong relations with the United States after the last crisis between them.

The second scenario, which is the most difficult for Turkey, is related to the search for a new source of oil.

Here we must point to the major oil-exporting countries: Saudi Arabia, Iraq, Russia and Venezuela.

If Turkey decides to move closer towards Russia, it will certainly increase Russia’s influence on Turkey’s foreign policy, which will anger the United States, as it will contribute significantly to the Russian economy, provide hard currency to the Russians, and contribute to the stability of Russian financial markets.

However, if it decides to move towards Saudi Arabia, then Turkey must replace its aggressive foreign policies with friendly ones and must move away from Iran. Saudi Arabia understands that Turkey was a means for Iran to manipulate and circumvent US sanctions, which means that the kingdom will use this opportunity to force Turkey to change its foreign policy.

The other alternative is Qatar, but there are no assurances that Qatar has the capacity to cover Turkish oil needs, especially since the country’s oil production is very limited compared its natural gas output.

As for Venezuela, it is also suffering from US sanctions on its oil sector in an aim to reduce its oil exports, which means that Turkey turning to Venezuela is possible, but it would also subject them to sanctions, especially since major international shipping companies avoid working in Venezuela due to fear of US sanctions.