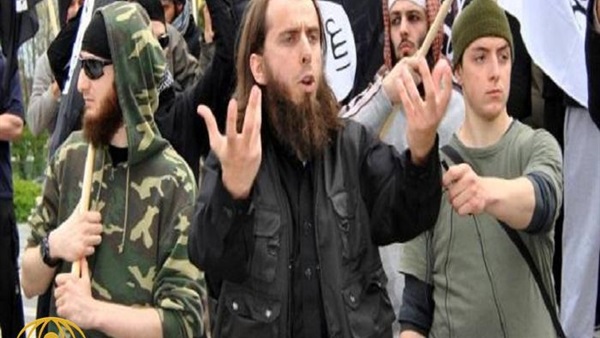 The trial for money: Is Iraq taking care of Western Daesh militants?

On the ground in Iraq, the battle began with the Daesh organization, and it may also be the land of the end. After years of influx of foreign fighters into the terrorist organization, Iraq will also take care of carrying out trials for them without the need to repatriate them.

At a time when Europe fears the return of these terrorists to its territory again carrying the ideology of radical organization, Baghdad has proposed to sue the terrorists and detain them, in exchange for “money”.

Syrian Kurds have called for the formation of a special international tribunal to try detained jihadists while the United Nations investigates alleged “genocide” crimes which are the most serious crimes under international law.

Iraq has proposed to the US-led coalition to prosecute the foreign jihadists detained in Syria in return for the costs of the trials, which would allow several countries to avoid the return of their citizens. But this solution also worries human rights defenders.

A government source told Agence France-Presse, “The member states of the US-led international coalition did not respond to the Baghdad proposal, which includes foreign terrorists held by Kurdish forces in Syria.”

The source points out that despite this it seems that some have chosen to rely on the Iraqi judiciary.

The Iraqi judiciary and its courts have jurisdiction on the grounds that the territory was controlled by the terrorist organization Daesh which was spread over areas between Syria and Iraq.

The Iraqi authorities are trying to make it clear that these foreigners are being held at a cost as their prisons are now crowded with thousands of Iraqis arrested during the campaign against the organization as well as hundreds of foreigners sentenced to death or life.

An Iraqi government official told AFP that Baghdad had proposed an “option” of “the trial of foreign jihadists currently held by the Kurds in Syria” in Iraq, “for two billion dollars.” If this option is agreed upon, Baghdad reserves the right to request “more funds to cover accommodation expenses”.

Iraq is already preparing to try 12 French nationals arrested in Syria and taken to Iraq, facing the death penalty, but three Frenchmen tried in Baghdad were sentenced to life imprisonment, equivalent to 20 years in Iraq.

Another agency official pointed out that for the purpose of Iraqi authorities arresting and prosecuting foreign jihadists on its territory, estimated to number about 1,000 according to Syrian Kurdish forces, the costs were calculated based on what was applied at Guantanamo.

“The original countries of these suspected jihadists are facing a problem and we have the solution,” he said.

The return of foreign jihadists, currently in the grip of Kurdish forces in Syria, is a very sensitive issue for public opinion in their countries.