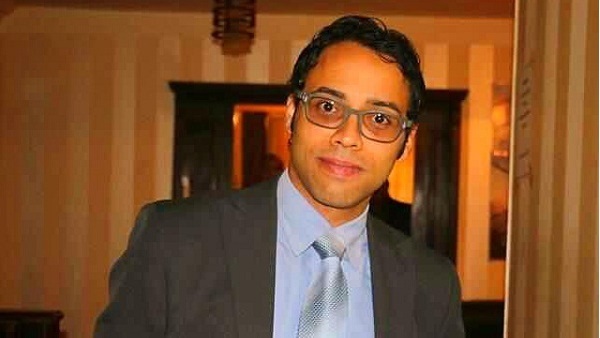 Ahmed Kamel al-Beheiri, a researcher at Ahram Center for Political and Strategic Studies, described the latest church attacks in Sri Lanka as “surprising”.

Sri Lanka, he said, was not on the list of the Islamic State group as far as recruitment or operations were concerned.

He added that the latest attacks came within what was known as the “Conquest to avenge the people of the Levant”.

He said operations in this regard were announced by the radical organization after losing its last stronghold in the eastern Syrian village of Baghuz. In this interview, al-Beheiri delves deep into the circumstances of the attacks and the road ahead.

How did IS succeed in recruiting fighters in Southeast Asia?

The radical organization depended on terrorist groups operating already in this region, such as the Muhammad Army, the Tigers Group and the Islamic Group in Indonesia. These groups were affiliated to IS. They swore allegiance to IS in 2014 and 2015.

How strong is the IS group in Southeast Asia?

The IS group has a strong presence in Syria, Iraq and Egypt. Its branch in the Sahel and Sahara region comes next in strength, followed by its affiliate organizations in western and central Africa. The branch of the organization in Afghanistan comes at the end of the list.

Does the timing of the organization’s attacks in Southeast Asia carry any significance?

This is not the IS group stages attacks in this region. In the last three weeks, IS intensified its operations everywhere. This followed an announcement about the total defeat of IS in Syria at the end of March. IS vowed to start its own war against the US-led international coalition against it. It vowed to defeat the coalition.

IS unveiled its intentions to carry out the latest attacks beforehand. Nonetheless, it did not say where it would stage these attacks. It said it would hit wherever there are European and American interests. It said it would also attack whoever backed the international coalition.

IS did not depend on lone-wolves in carrying out the Sri Lanka attacks. How telling is this?

Can tightening the noose around IS financially make it incapable of staging yet more attacks in the future?

Most probably, financing has nothing to do with the attacks. The attacks are more connected with the ability of local security agencies to prevent them. In Egypt, for example, the security situation has improved greatly. The intelligence abilities of the security establishment have become better. Egypt also coordinates with other countries to prevent attacks.

Is there similar security preparedness in Southeast Asia?

Sri Lanka had never been a target of the IS group in the past. The group that staged the latest church attacks in this Asian country does not have a record of terrorist attacks. This was why security agencies in Sri Lanka did not suspect this group. The fact is that IS has succeeded in drawing in an organization, namely the National Thowheed Jamath, in a country that had never been targeted before. This was why the attack was surprising to everybody.

Do we have any information about who leads IS fighters and members in Southeast Asia?

The leaders of the organization in the Philippines play a role in this regard. The leaders of the organization in Indonesia do the same. The Philippines and Indonesia are the most IS strongholds in Southeast Asia. Around 1,063 Southeast Asians fought within IS in Syria and Iraq. Almost half of them are still alive. They are hardened by years of fighting in the Middle East. They can return to their countries.

Can there be more attacks in Southeast Asia in the future?

Turkey’s negotiating window with Greece, EU may be closing