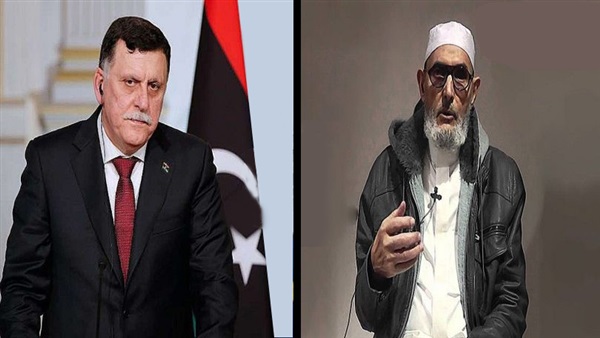 The head of Libya’s so-called National Accord Government, Fayez al-Sarraj, works to avoid the ongoing operation by the Libyan National Army on Libyan capital Tripoli by hook or by crook.

Sarraj uses men of religion to influence the residents of the Libyan capital and also to serve his own interests. He gave the ousted mufti al-Sadek al-Gheriani the go-ahead to issue edicts against the Libyan National Army and the ongoing campaign on Tripoli.

Gheriani appeared on more than one occasion, including on the al-Tanasoh Channel, which is broadcast from Turkey, to incite against the army and ask ordinary Libyans to stand against its troops. The channel is known to be a mouthpiece of terrorist groups inside Libya.

He said it was the religious duty of the Libyans to stand against the army, describing this army as an “enemy”. Gheriani also used several verses from the holy Quran and in a twisted manner to serve Sarraj’s interests and the interests of his government.

He even called on Libyans living outside their country to return to fight against the Libyan National Army. He especially addressed those who participated in the uprising against the late Libyan ruler Muammar Gaddafi.

“Your return to Libya is a religious duty,” Gheriani told these revolutionaries.

He also called on the fighters of the terrorist organization, Benghazi Consultative Council, to unite against the army.

Gheriani is known as the man of contradictions. He became known at the beginning of this century because of his links with Gaddafi’s son, Seif al-Islam. Seif al-Islam used Gheriani in 2001 as a religious front for his “Libya of Tomorrow” project. The project aimed to show Seif al-Islam as a legitimate successor to his father.

Gheriani was preoccupied with defending Gaddafi and his son. He considered Seif al-Islam’s project to be a prelude to a strong and prosperous Libya.

His backing of the former Libyan leader and his son opened the door for his rise in Libya. He turned from a mere professor of religious sciences at the al-Fateh University in Tripoli to one of the closest associates of the Libyan leader.

Gheriani shifted loyalties after the 2011 revolution against Gaddafi. He soon became the mufti of the terrorist militias that brought the Libyan leader down, before the Libyan Muslim Brotherhood group appointed him as the mufti of Libya in 2012.

He considered all the opponents of the militias fighting Gaddafi as infidels who ought to be killed.

Gheriani had previously issued edicts against the Libyan National Army, especially after the army declared its plan to eradicate terrorist militias in Libya. In 2014, he called for killing Libyan army troops. Edicts in this regard were denounced by al-Azhar which said they open the door for civil war in Libya.