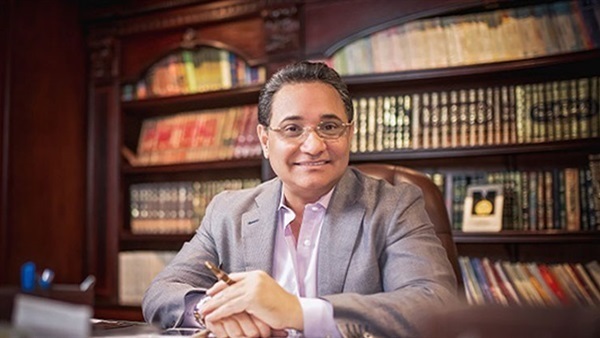 The Qatar Charity subsidiary was licensed as a company in the UK on March 26, 2012. On March 27, 2012, the charity was registered in the British charities panel. Ayoub Abu Loqman was appointed the head of the Qatar Charity branch in the UK. This branch started operating in 2014.

Doha called the subsidiary Nectar Trust recently with the aim of concealing some of the facts about it. This renaming of the subsidiary also aimed to disguise its dubious activities.

Saleh Saeed was behind the founding of the Qatar Charity UK on March 26, 2012. He became its representative.

Saeed is also the head of the Zakat (alms) House, the umbrella organization under which charities operate in the UK. Hani al-Bana is also another important figure affiliated to the Qatar Charity. This man also plays an important role in a number of other major charities in the UK, especially those with ties to the Muslim Brotherhood, including the branches of Islamic Relief organization around the world. Al-Bana is also linked to other important charities, such as Muslim Aid, the Islamic Charity Forum and the Humanitarian Forum. The funds of the other Zakat houses are closely linked to Islamic Relief.

A Qatar Charity delegation officially opened the entity’s office in London in June 2014. The delegation was headed by the chairman of the board of the charity Hamam bin Nasser al-Thani and its chief executive officer Youssef bin Ahmed al-Kawari. Attending the official inauguration of the office was the Qatari ambassador in the UK Khaled bin Rashid al-Mansuri, along with a high-level delegation from the embassy.

Al-Thani said the charity established its own office in London with the aim of directly supervising its projects in the UK and Europe, especially with these projects getting bigger.

According to Loqman, Qatar Charity runs 110 cultural programs in cooperation with 58 European organizations.

He said his charity cooperated with British organizations in the implementation of six programs. In Ireland, he said, the charity implemented two programs.

Qatar Charity spent close to $140 million in the last five years on these programs.

Qatar Charity targets the poorest classes of society in Europe, the charity said in its latest annual report. In the UK, the charity aims to achieve the following:

The charity says it works to become the main partner of Qatari investors in the UK and other European states, especially in states where there is a need for humanitarian activities.

In 2016, the charity sought to achieve the following two goals:

1 – Founding organizations in countries where there is need for social work. Priority is given in this regard to the UK, France and Italy.

Projects in these two years included the following:

Two major programs were launched in the UK and in Europe in this regard. The charity says it bought headquarters that could later be used in marriage purposes, youth activities and prayer. The same headquarters, it said, would be used in teaching the Arabic language. In 2016, £1.5 million were spent on society development by the charity.

This was the third largest project by the charity in the UK in terms of financing. The charity spent £638,000 on this project. The project contains a nursery, a school, a cultural and social center, and a hall for different purposes. It also contains a library, a restaurant, a space for prayer, a sports center and a parking lot. In 2016, the budget of the project amounted to £704,983.

The Sheffield universities complex is the latest in a series of major Islamic institutions established by the charity in the European continent, especially in states where there is large Muslim Brotherhood presence.

The Sheffield project especially offers services to Yemenis living in the UK. Most of the employees of the project are closely linked to the Brotherhood. They are also linked to Islamists and terrorist activities.

In 2015, £26,000 was spent on this project. It offers support to local organizations so that they can offer breakfast to the poor in the Islamic month of Ramadan.

One of the projects Qatar Charity bankrolled in the UK in 2015 was not mentioned in its annual report for 2016. This was the Eisenberg Institute for Historical Studies in Chateau de Chinon.

The institute was also managed by the European Institute for Humanities, an educational center affiliated to the Association of Islamic Organizations in France.

The Eisenberg Institute for Historical Studies is made up of three buildings. The institute’s administration wants to turn it into a complete complex that contains student dorms, a lecture room and a sports center.

According to the 2016 report of the charity, social development in Belgium is focused specific projects. The budget of the project is specified for the purchase of places where it can hold its activities.

In 2016, Qatar Charity UK partnered with organizations in France, including the al-Nour Center, the Social Reform Society in Strasbourg and the Association of Islamic Communities in Italy.

Qatar Charity was keen to use the term “multipurpose center” in official documents, especially those submitted to local authorities. Nonetheless, the centers sponsored by the charity delivered an ideological message strongly linked to the Muslim Brotherhood.

Some Qatar Charity officials were active on social media during their travels in Europe. They expressed elation whenever they visited a school bankrolled by their organization. In schools financed by the charity, girls and boys are always separated from each other. Girls are forced to wear the hijab. Qatari officials believe that this is victory over state-run schools in a country like France, for example.

Qatar Charity recently financed the construction of the first Islamic center in Luxembourg. Italy will be next in the list of interest states for the charity.

The charity launched 51 projects for the renovation and rebuilding of mosques in Italy and Sicily. It also drew up plans for the construction of 11 mosques for €6 million.

Youssef Ahmed al-Kawari, 44, is one of two outstanding figures in the charity. Kawari is the chief executive officer of the charity since 2011. He was the head of the Information Technology Department at the Qatari Ministry for Administrative Affairs and Islamic Relations. He received a bachelor’s degree in information technology from the University of North Carolina. Kawari received his secondary education in Morocco and then studied in France.

Nasser al-Qadi, an Egyptian national, is the second outstanding figure in the charity. He is responsible for supervising the mosques.

Ayoub Abu Loqman is known to have been active in the wood trade. He is the former director of Hayat Society which was founded in 2013. He became the executive officer of Qatar Charity in February 2017. He, however, resigned weeks later.