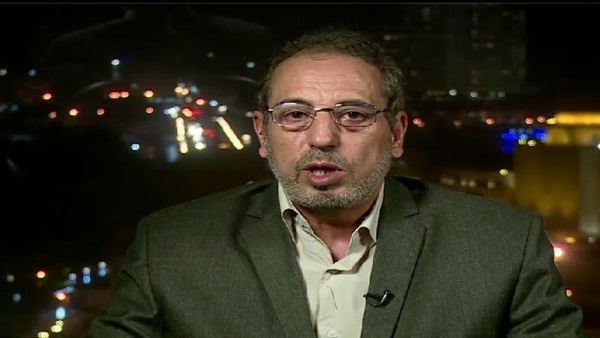 As Libya’s National Army (LNA) has been getting ready for its recent operation to take Tripoli, dubbed “Operation Flood of Dignity,” and hold control over Tripoli after liberating it from the grip of terrorist militias, questions may rise regarding how this would influence the Arab support and US-Russian consensus to the battle against terrorism.

Libyan political expert and professor of international law Mohammed Zubidah revealed to The Reference in an interview the reasons behind a delayed resolution to the battle and the tricks used by the militias to obstruct the progress of the national army. He also spoke about the most prominent supporters and financers of terrorist groups and reasons of supporting the Government of National Accord (GNA).

– What are the reasons behind the delay in resolving “Operation Flood of Dignity”?

The fact that the militias use civilians as covers. This strategy obstructs the advancement of the army, as if the army decided to break into residential areas by force, this would facilitate the goals of countries that support these militias and accuse the army of committing war crimes against humanity.

– How do you see the developments of the Libyan scene once Tripoli is contained?

In case the national army controlled Tripoli, this would lead to radical changes and wide developments concerning the eradication of militias and liberating the areas that once were in their grips. As for the political scene, this would end the state of division and pave the way for a national dialogue and reconciliation.

– How do you evaluate the implications of the US-Russia support to the army’s progress?

There is no doubt that the US-Russian support to the Libyan army has helped in achieving more victories. This alliance seeks to block the way for Turkey, Italy, Qatar and all countries that support the armed militias in Tripoli.

– Being currently in Moscow, how would you describe the popular and official reactions to what is going on in Libya?

Both popular and official reactions go in support to the “Operation Flood of Dignity,” and the right of Libyans to fight terrorism, furthermore, Russia holds the NATO responsible for everything that happened in Libya.

– In light of continued support to terrorists, who are the most important parties behind this? And how to confront them?

This is not that difficult to find out, everyone knows that Qatar and Turkey are the main supporters for the militias in Libya, and this support has been going on since 2011 to achieve their long-term goals and schemes. Also, it is not a secret that Qatar and Turkey support these militias to threaten the Egyptian national security and blackmail Cairo politically, mainly through the Muslim Brotherhood.

– Mentioning the Muslim Brotherhood, what does the groups have to lose once Tripoli is liberated?

The Brotherhood’s losses will be severe, for example, they will lose the support they used to receive as a price for the role it plays in Libya, as the terrorist organization has sought to turn Libya into a treasury to fund these groups as well as a training ground and a crossing point for terrorists and militias. The fall of the Muslim Brotherhood in Libya means the collapse of the whole project in the Arab Maghreb and Africa.

– How would you describe the Tunisian support to the Government of National Accord?

It is natural due to the nature of the Tunisian government, not to mention that the Tunisian Prime Minister is in fact a Muslim Brotherhood member. This is in addition to that Libya is so close to Tunisia, meaning that supporting the army would put Tunisian in the cross fire of Islamists groups, especially that Tunisia has not reached a stable status yet.

– What is your assessment of the Egyptian role on the events in Libya?

The Egyptian state has been supporting the people of Libya since June 30, also, the Egyptian government has a sole goal in Libya, which is to restore security and stability, because whatever happens in Libya would definitely has a reflection on the Egyptian national security. Moreover, there are historic ties that connect the two people together, thanks to the geographical distance. So, the Egyptian stand is clear; to restore stability in Libya and eliminate all terrorist groups regardless of their ideologies or orientations.

– As the Government of National Accord targeted civilians in Tripoli, is there awareness of the attempt of pitting the Libyan street against the army?

Of course, the groups and parties supporting the government are trying by all means to distort the image of the Libyan national army by claiming that it is committing crimes against civilians, however, Libyans grew a serious state of awareness against such fabrications and allegations that are being spread by the Doha-based Al Jazeera and its counterparts.