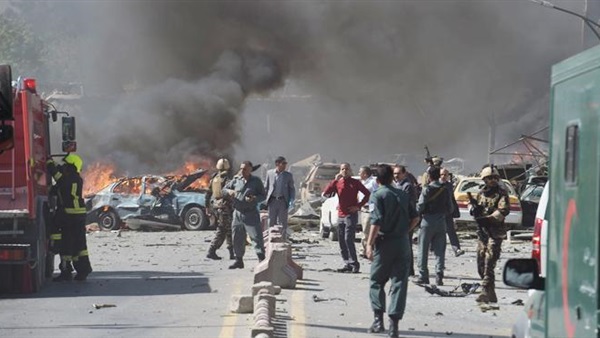 Iran back the terrorist attacks in Pakistan

In a series of Iranian cross-border terrorism, a number of Iranian militants attacked military personnel in Pakistan.

Ten members of the navy, three air force and a border guard were killed in the attack; 15 armed men wearing an army uniform ambushed a bus in Baluchistan province, southwest The country on Thursday, killing 14 soldiers.

While Islamabad demanded the Iranian regime to take action against those groups and said Pakistani Foreign Minister Shah Mahmood Qureshi, We hope that Iran will take visible action”.

The Pakistani Foreign Ministry sent a letter of protest to the Iranian embassy in Islamabad, which said: A coalition of three organizations of the Baloch, based in Iran claimed responsibility for the attack.

Pakistan has decided to build a 950-kilometer-long fence along its border with Iran, the foreign minister said.

He noted that his country has established a new border force in the city of Turbat to monitor the border of 950 km.

It should be noted that the attack came ahead of the first official visit of Prime Minister Imran Khan to Tehran, which begins his journey, Sunday, 21 April, and continue for two days.

“There is a mutual accusation between Tehran and Pakistan. For example, when Baloch armed groups such as the Justice Army and supporters of the Baluchi clique carry out operations against Iran, Iran directly accuses Pakistan,” said Mullah Majid al-Balushi, spokesman for the Baluchi Human Rights Group. Applies to the recent operation carried out by a Baluchi armed group led to the deaths of 14 Pakistani soldiers from the Navy ».

He added in a statement to the reference that: «Baloch are demanding independence, indicating that the territory of the people of Balochistan divided between 3 countries are Iran, Pakistan and Afghanistan».

The official spokesman of the group «Human Baloch»: «There are armed operations occur continuously from time to time and the last operation took place against Pakistani forces about 3 days ago in the city of Kand and the assassination of a senior officer with his facilities and did not take any official responsibility» .