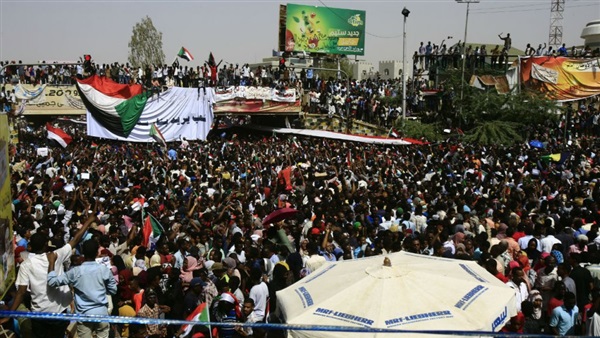 Since the early days of the emergence of the youth of Sudan in demonstrations four months ago, known as the “Bread Revolution”, these protests revealed differences between the leaders of the Muslim Brotherhood.

The youth wing demanded participation in demonstrations, while the Popular Congress Party, the political arm of the group in Sudan, preferred the silence and the lack of official announcement of participation.

Ali al-Haj, the party’s secretary-general, announced the existence of conflicts within the People’s Congress Party, saying that they likely resulted from differences of viewpoints.

According to Abbas Mohamed Saleh, a researcher in African affairs, the overthrow of the president is a victory for the youth wing who has opposed al-Bashir since the famous split between the components of the ruling Islamic movement and its coming to power in June 1989. He also strongly opposed participation in the former ruling party National Congress Party.

He added that the youth movement will have a voice, which will affect the future of the party. He pointed out that the youth groups that have been strongly involved in the protest movement can be considered as indicators of a new generation that will impose facts on the political life of the country.

“The Brotherhood in Sudan has a complex structure, it is composed of groups, multiple parties and some currents,” said Sudanese researcher Mohamed Sadiq. “A large number of entities emanating from the Muslim Brotherhood have caused confusion in certain positions towards supporting or rejecting the recent demonstrations in Sudan.”

With regard to the differences between the youth and the leaders of the group, he pointed out that all party supporters were invited to demonstrate from the outset, which made the group members in complete disagreement with the leadership involved in the government.