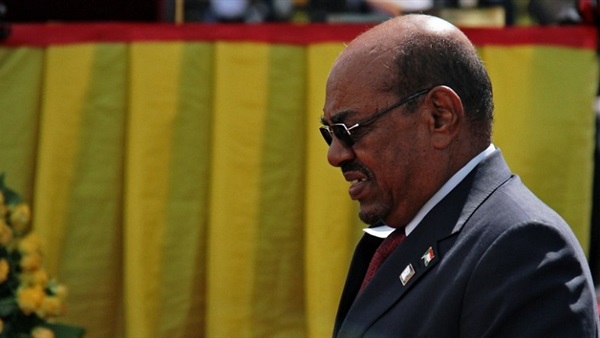 About five years ago, Egypt toppled the Muslim Brotherhood regime, giving a signal to North African countries to begin the process or reclaiming their lands from the grip of the terrorist organization.

Sudan following the train of revolution

Sudan has revolted against the Muslim Brotherhood regime that was led by Omar al-Bashir over three decades, during which the country was plunged into civil wars, classifying Sudan as a “sponsor of terrorism and haven of extremists.”

The Sudanses army announced the ousting of President Bashir in a military statement on April 11 after popular protests and uprisings that began four months ago under the title “The Bread Revolution.”

Bashir, 75, who was born in 1944 to a poor family, joined the armed wing of the Islamic Movement, which dissented from the Muslim Brotherhood and ruled Sudan since Bashir took office.

Bashir dissolved the military council in 1993 and ruled the country that was Africa’s largest country. He fought a long civil war with rebels in the south of the country that ended with the secession of southern Sudan in 2011 and the loss of more than 70 percent of Sudan’s oil output.

The fall of Bashir, who was in charge of an “Islamist Project”, is consdered a fall for his ruling party, the National Congress, which derives its intellectual authority from the Sudanese Islamic Movement, emanating from the Muslim Brotherhood.

Bashir was head of the supreme leadership of the movement, while his deputy Bakri Hassan Saleh was the Deputy Secretary-General. Moreover, Bashir saw the project as a success, due to the spread of mosques, according to previous statements.

The fall of Bashir is also considered a period in the course of the Islamist Project in the country in general.

Libya and the great liberation

In Libya, the Libyan National Army, led by General Khalifa Haftar, kicked off an operation to capture the Libyan capital of Tripoli.

The Libyan army spokesman revealed that terrorist groups met in Sirte and planned an attack on the Oil Crescent.

The biggest Islamist party in Algeria, the Movement of Society for Peace. Boycotted the Parliament session to name its upper house chairman Abdelkader Bensalah as interim president following the resignation of ailing Bouteflika, claiming that this would be recognition of Bensalah as president.

The Movement for Society of Peace, which is close to the Brotherhood movement, participated in all Bouteflika’s governments,.

Tunisia and the Muslim Brotherhood

The Muslim Brotherhood in Tunisia has had an unfortunate experience when it failed to achieve that demands of Tunisians in economy and security, therefore they had their confidence withdrawn in August 2016.

Tunisian Prime Minister Habib Essid who was assigned to form the government in January 2015 was supported by Ennahda MB party after Beji Caid Essebsi became president.

But after around a year and a half, the Parliament voted no confidence in Essid’s government to be succeeded by Youssef Chahed, whose government ensured the existence of Islamists, leftists, and nonpartisans all together.