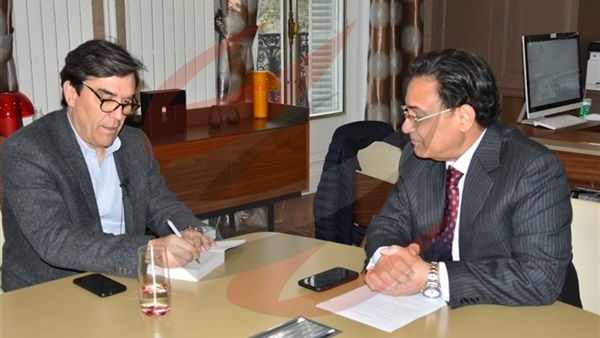 In an open and courageous interview with Georges Malbrunot, Abdel Rahim Ali reveals secrets behind his book “Qatar Papers”.  The interview unveils how he obtained the documents and how Qatar’s funding has spread to 80% of European countries.

The book reveals what the French authorities will do, and what French President Emmanuel Macron told Qatar’s emir Tamim. Malbrunot said a new documentary about Qatar would be released in September.

I’m a close friend of Figaro’s well-known journalist Malbrunot and Christian Chesnot, correspondent of France Radio International. It has been a very special friendship that started after I launched a research center in Paris.

I met them two of them a number of years earlier. I had two interviews with Malbrunot, who attended a number of seminars I held, and he published many articles in the magazine, which is published by the research center I run in Paris.

I invited him to visit Cairo to follow up the presidential elections and stayed in Cairo for more than two weeks. 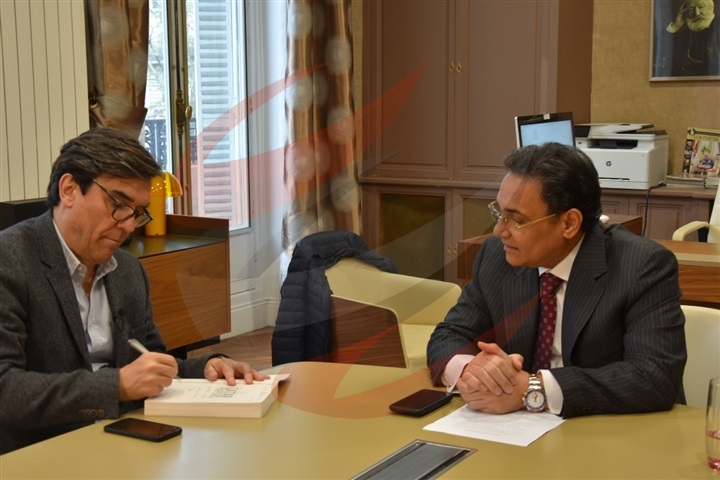 He is a clever journalist who has got a passion for difficult assignments. Malbrunot and his fellow Chesnot had disappeared for a year, and emerged later with this book: “Qatar Papers”.

When I asked Malbrunot why he has not been around for that time, he pointed to the book.

Now this book: “Qatar Charity”. Our books in general are not leveled at Qatar as some people might think, but try to shed light on how that small state has achieved all that success.

Our third book was mainly focused on Qatar Charity, which is a non-governmental organization operating in Europe.  We have been following its activities in financing religious agencies in Europe.

Q: Do you think that Qatar’s attempts to interfere in the European societies and an have been a success story?

A: No, I do not mean that. A success story is the difference between what Qatar was 40 years ago and what it has now become. It has become like Dubai. That’s a success story.

By the way, all of Qatar’s funding through the Qatar Charity is legal. However, it is clandestine and suspicions. We have worked hard on this issue in particular. We have no prejudice against Qatar or other countries.

When we asked about funding of a mosque, the mosque’s administration would say they get donations from everywhere. But when we presented the documents we had obtained, they would admit that they had got the money from abroad, and Qatar Charity.

Q: When was that?

Some of these projects were strange like turning of a church into a mosque. The founding of an Islamic center in Jersey, which is a home to only 400 Muslims.

It was exciting because we were discovering the true objectives of Qatar Charity.

Qatar is seeking to revive the Islamic spirit of the Muslim communities and boost education through its donations to some schools. All of that is clear.

The Muslim Brotherhood will not assume power in France. The funding is not allocated to terrorism.  But, there is a hazard as these organizations, which receive these funds, and call for moderate Islam — as they claim – as preached by Yusuf al-Qaradawi, Tarek Ramadan and Sayyid Qutb. 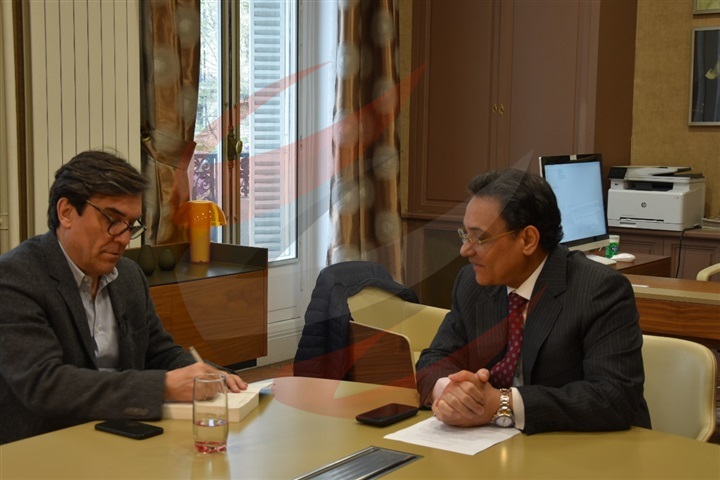 The objective is to ensure that the French laws are in line with political Islam.

For example, they are trying to get the right to wear the hijab, or veil, and set get different dates for boys and girls in swimming pools [so they wouldn’t mingle]. The most common objective has the building of Islamic centers.

These centers can be called ‘mosques for living’, where there is a prayer room for men and another one for women. There are classes to teach the Holy Qur’an and Arabic. There is also a business center, swimming pool and a warehouse for corpses. It is Islam from birth to death as it is promoted by the Muslim Brotherhood.

Something else was surprising to us. In Lille there is a private high school — Ibn Rushd School. Qatar Charity has funded this school with millions of euros. Why didn’t they buy the school?  The magnitude of funding raises many questions.

Something else surprised us. In Lille there is a private high school called Ibn Rushd School, funded by Qatar Charity in millions of Euros. At some point they wanted to buy the school. A school official told us. They put a lot of money into this school so they do not buy it. So the size of the funding and also the tight regulation, raises questions, there is good organization.

I believe that since 2017, Qataris have made many efforts. They passed a law regulating the financing process. Associations funded as a charismatic can not act alone and must pass through the Red Crescent and the Qatari Foreign Ministry. The French authorities say that Qatar has made great efforts since 2017, but political pressure on the Qatari regime must continue to continue.

There is a French-Muslim community living in slums and poor places, and it is called the Islam of caves. They do not take money from the state. Suppose a person wants to build a mosque. This person collects zakat, and since zakaah funds are insufficient to show a wealthy person from anywhere, Saudi Arabia or the Zakat House of Kuwait or from the Qatari financiers and others. All legal. 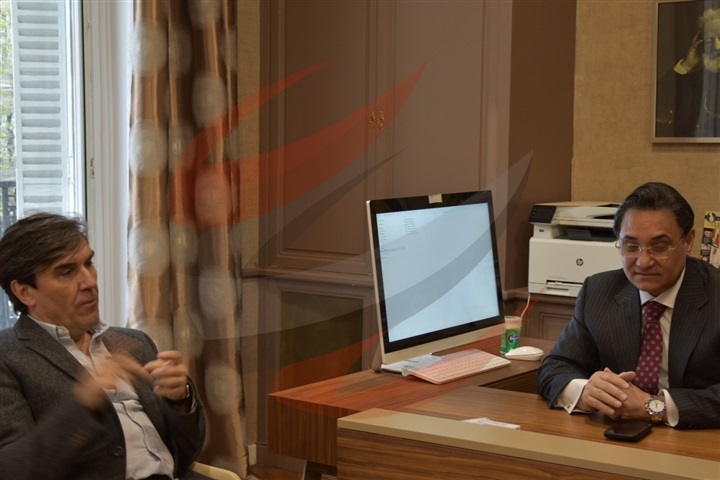 We must put an end to this ridiculous situation. So Macron wants to stop foreign financing and see where the money comes from. He wants to have internal and self-financing that allows the Muslims of France to build decent mosques.

Thank you George and good luck .. and waiting to watch the documentary. 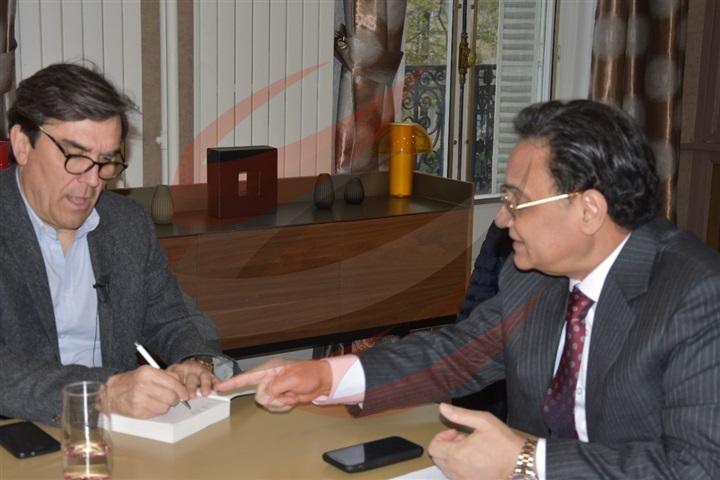 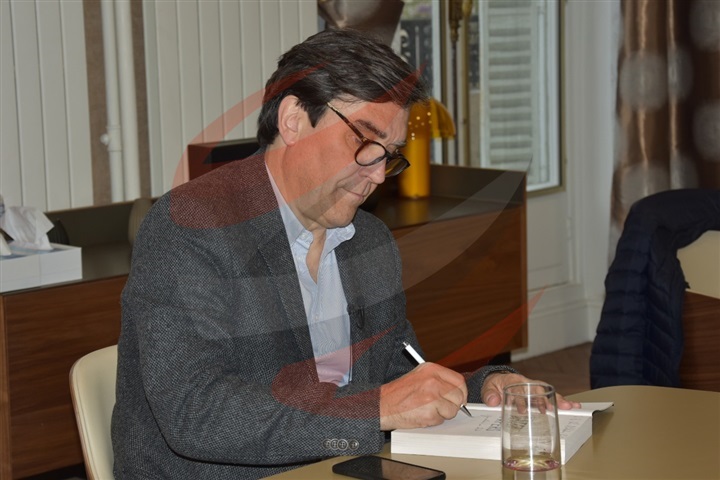