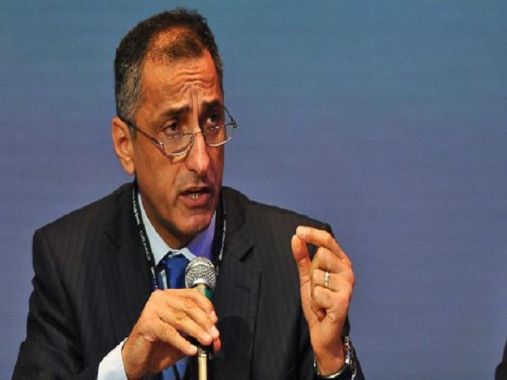 Will Turkey need an IMF bailout?

That would be a bitter pill to swallow for Erdogan, who takes enormous pride in paying off all of Turkey’s debt from a previous rescue package, and who claims the country has finally achieved economic independence. But the reality is that Turkey is just as reliant on the outside world as ever, perhaps even more so. If foreign lenders stop rolling over their loans to Turkish banks and companies, the whole economy could grind to a halt in what investors call a “hard landing” scenario. If that happens, economists are starting to predict that Turkey will eventually be knocking on the IMF’s door.

Why Can’t Turkey Stop Its Economic Nose-Dive?: QuickTake By Constantine Courcoulas, Onur Ant and Tugce Ozsoy (Bloomberg) — Turkey’s currency and economic outlook have deteriorated so much that bankers and traders are starting to talk about the need for an International Monetary Fund rescue — a taboo topic until recently. Some even worry that President Recep Tayyip Erdogan, who is taking a defiant stand against the U.S. and his country’s creditors, will adopt capital controls as a last-ditch effort to avoid raising interest rates to stop a currency plunge. He has so far failed to reassure investors, who worry Erdogan will impose his less-orthodox economic views to try and stimulate an already overheating economy. U.S. President Donald Trump is adding to the crisis by doubling tariffs on metals imports from Turkey over its jailing of an American pastor on espionage and terrorism-related charges. Trump also has hit Turkey with sanctions — and is threatening more.

1. What’s gone wrong with Turkey’s economy? For much of Erdogan’s almost 16 years in office, Turkey enjoyed China-like levels of growth. But unlike China, an exporting powerhouse with a current-account surplus, Turkey runs one of the world’s largest deficits because its expansion was fueled by foreign debt. That all seemed fine when the world’s central banks were pumping cash into markets to help pull economies out of a crisis. But not anymore, as global interest rates rise and investors, less enamored with emerging markets, pull funds back to developed economies. Turkey buried much of the tens of billions it received from abroad in construction projects and shopping malls, which pushed up short-term growth. But that did little to improve productivity, or output per worker, the main source of long-term economic growth and higher living standards.

2. So how are things looking now? Pretty bad. Inflation is above 15 percent, more than triple the central bank’s target. Yields on some government-issued debt are at record highs, and the Turkish lira is melting down. All that not only hurts consumer sentiment and wallets, it pushes corporate balance sheets closer to the abyss. Companies that borrowed heavily in foreign currencies now face a growing burden due to the tanking lira and rising borrowing costs. Instead of reducing government debt and deferring to the central bank to cool the economy with higher interest rates, Erdogan wants to keep the party going with low interest rates to finance even more construction.

3. Why have bond prices plummeted? Turkey has overtaken Argentina as the world’s worst place for sovereign debt investors. The yield on 10-year bonds has surged to an all-time high, above 20 percent. One reason is that investors are being scared off. A current-account deficit estimated to be over 6 percent of gross domestic product this year — one of the widest gaps in emerging markets — requires Turkey to constantly attract funding from abroad. The government also needs to keep a lid on inflation to avoid scaring investors away, especially with GDP expansion expected to slow dramatically. While the central bank has raised interest rates by 500 basis point since April (a basis point is one hundredth of a percent), that hasn’t been enough to keep inflation in check, and investors fear that Erdogan will continue pressuring it not to do so.

4. Why is the lira so weak? Reasons for the decline include political turmoil after a 2016 failed coup attempt against Erdogan and growing tensions with Europe and the U.S. But the lira is also plunging because the Turkish administration pursued a growth-at-all-costs agenda that fueled inflation. Remember, in Turkey, more growth means more debt. The currency’s fall is especially painful for an economy where even exports are heavily dependent on imports, including energy, and for a corporate sector sitting on a net foreign-currency shortfall of more than $210 billion.

5. Why is inflation so high? At 15.85 percent, inflation is spiraling out of control because the lira’s slide keeps driving up the cost of imports. Most central banks would have addressed the problem by boosting interest rates before the currency begins to depreciate, the conventional remedy when prices are rising too quickly. But investors believe the Turkish central bank’s hands are tied by Erdogan, who has long opposed high borrowing costs and has his own views on what causes inflation. That means when the bank finally did act, the damage was already done.

6. What exactly are Erdogan’s economic beliefs? Erdogan argues that the opposite of the textbook theory is correct: High interest rates actually cause inflation, he says. So the president has repeatedly called for lower rates at a time when most economists say they need to be higher. He’s also equated higher financing costs with treason and railed against what he’s called an “interest rate lobby” of speculators seeking to exploit Turkey and earn higher returns. For Erdogan, it’s not only an economic argument, it’s also part of his strategy to win over voter loyalty. His political success was built largely on promising — and delivering — economic benefits to a growing middle class, using mega-projects to create jobs and showcase Turkey’s rising prosperity. His government returned to that recipe after the coup attempt triggered an economic contraction. Stimulus measures, including backing loans through a credit guarantee fund, drove a 7.4 percent expansion in the first quarter.

7. Will Turkey need an IMF bailout? That would be a bitter pill to swallow for Erdogan, who takes enormous pride in paying off all of Turkey’s debt from a previous rescue package, and who claims the country has finally achieved economic independence. But the reality is that Turkey is just as reliant on the outside world as ever, perhaps even more so. If foreign lenders stop rolling over their loans to Turkish banks and companies, the whole economy could grind to a halt in what investors call a “hard landing” scenario. If that happens, economists are starting to predict that Turkey will eventually be knocking on the IMF’s door.

8. What are capital controls? They take many forms but generally capital controls are imposed by a government or central bank to restrict the flow, in or out, of other currencies. If Turkey were to impose capital controls, it would be to limit the ability of its companies and citizens to exchange their money for foreign currency in hopes of stopping the lira’s slide and preventing a run on its banks. The IMF has long looked askance at capital controls, although many countries have resorted to them in times of crisis. Since 2008, Greece, Cyprus and Iceland have all used controls to deal with financial emergencies economic policies.