Latest Posts
17:29
Home Reports US disappointed by Turkey’s rejection of US’ appeal for releasing Pastor Brunson 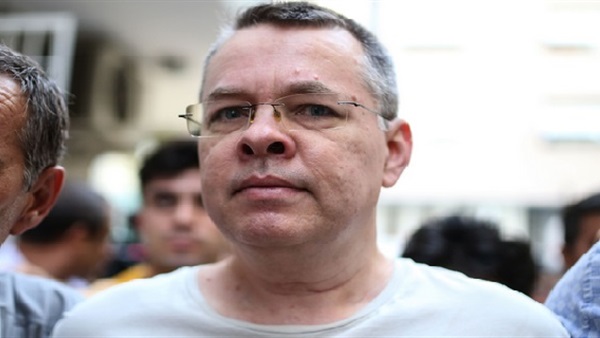 The US is disappointed by Turkey’s rejection of the US’ appeal for an American pastor’s release from detention, US State Department Spokesperson Heather Nauert said.

“Of course, we are very aware of the decision on the part of the court in Turkey. We’re certainly disappointed by that announcement. We would like Pastor Brunson to be brought home to the United States. We have said for far too long that Pastor Brunson has been held for far too long and we look forward to his coming home. We’d like that to happen very soon.”

Turkey on Wednesday rejected the US’ appeal for Brunson’s release from detention, Fox News reported.

Pastor Andrew Brunson’s lawyer renewed an appeal on Tuesday for Brunson’s release from house arrest and for his travel ban to be lifted.

Brunson was arrested in October 2016 during a nation-wide purge of suspected dissidents following the aftermath of a failed coup in July 2016. He was moved to house arrest in July 2018.

The 50-year-old pastor is now being tried on espionage and terror-related charges. Brunson and the US government vehemently deny those charges.

A court in Izmir rejected the appeal, but a higher court would review the appeal, the report said.