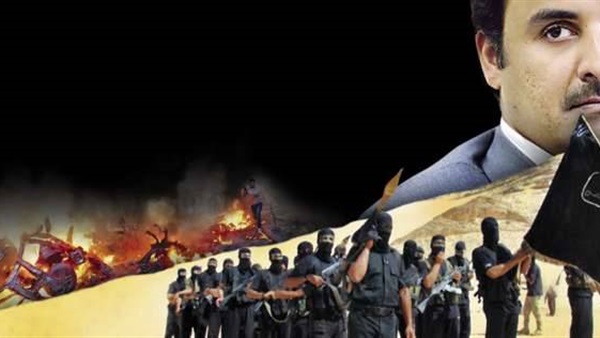 The Qatari regime sinks into scandals

The Hamdeen regime still sinks into scandals. It is striking that Doha has the courage to waste the wealth of the Qatari people in managing conspiracies; according to Agora vox website reported. Qatar has long been known for its funding of terrorist organizations, harboring symbols of chaos and its involvement in the spread of unrest in the Arab world.

The Sunday Telegraph recently released a report on a secret campaign funded by the Qatari bid team to host the 2022 World Cup. The campaign aimed to sabotage competing offers from other candidate countries.

Qatar has sought to defeat competing countries, seeking to organize the international tournament of a game that reflects an honest competition.

According to the report, documents were leaked showing that the Qatari bid team employed a US public relations firm and former CIA agents to defame its opponents, mainly the United States and Australia. The aim was to create propaganda to give the impression that a World Cup could not be supported at the national level in competing countries.

This campaign not only broke FIFA’s rules but also damaged the reputation of the host country, making the withdrawal of the Qatar tournament organization an ethical issue. FIFA is supposed to fight against such harmful practices. This type of practice not only harms sport and ethics but also destroys relations between states and peoples.

The Qatari bid team was acquitted after a two-year FIFA investigation. The FIFA World Cup has never been overshadowed by reports, allegations, and rumors about corruption, or by campaigns or offensive media propaganda for competitors on the right to host the tournament.

The possibility of further proof of Qatar’s violation of FIFA rules should prompt the International Federation to reconsider the matter. It should review the accuracy of these guidelines and decide to release FIFA from this type of corruption.

The question is no longer related to the hosting of the event only but also to the football industry. Football has become one of the engines of the global economy in recent years. It is no longer acceptable to turn a blind eye to practices that manipulate and direct this enormous economy.

Qatar can host this tournament but it will never win the sympathy of football fans. Fans of this game have publicly condemned the abusive practices of Doha. The next tournament will not be of global interest given the suspicions, plots and practices that are not appropriate to the sport and its morality.

The fact that the United States won the World Cup in 2026 could well spare Qatar a lot of American anger. The hostile practices published by the British newspaper included the payment of thousands of dollars to a prominent academic to write a negative report on the high economic cost of organizing the tournament in the United States.

He then circulated the article to media around the world to cast doubt on the effectiveness of this reception and its potential positive impact on the US economy. Qatar recruited journalists, bloggers and dignitaries in each country to raise the negative aspects in the files of competing bidders.

Doha has also recruited a group of American physical education teachers to ask members of Congress to refuse to host the World Cup in the United States. Their excuse was that these funds can be better spent on high school sports programs. Qatar has made protests in rugby football matches to oppose Australia’s bid to host the 2022 World Cup.

Every day we see new scandals from the Qatari regime, from politics to terrorism and football. No field has escaped the imprudence and corruption of the Hamdeen regime. The Qatari black box hides other scandals that could be revealed in the future.