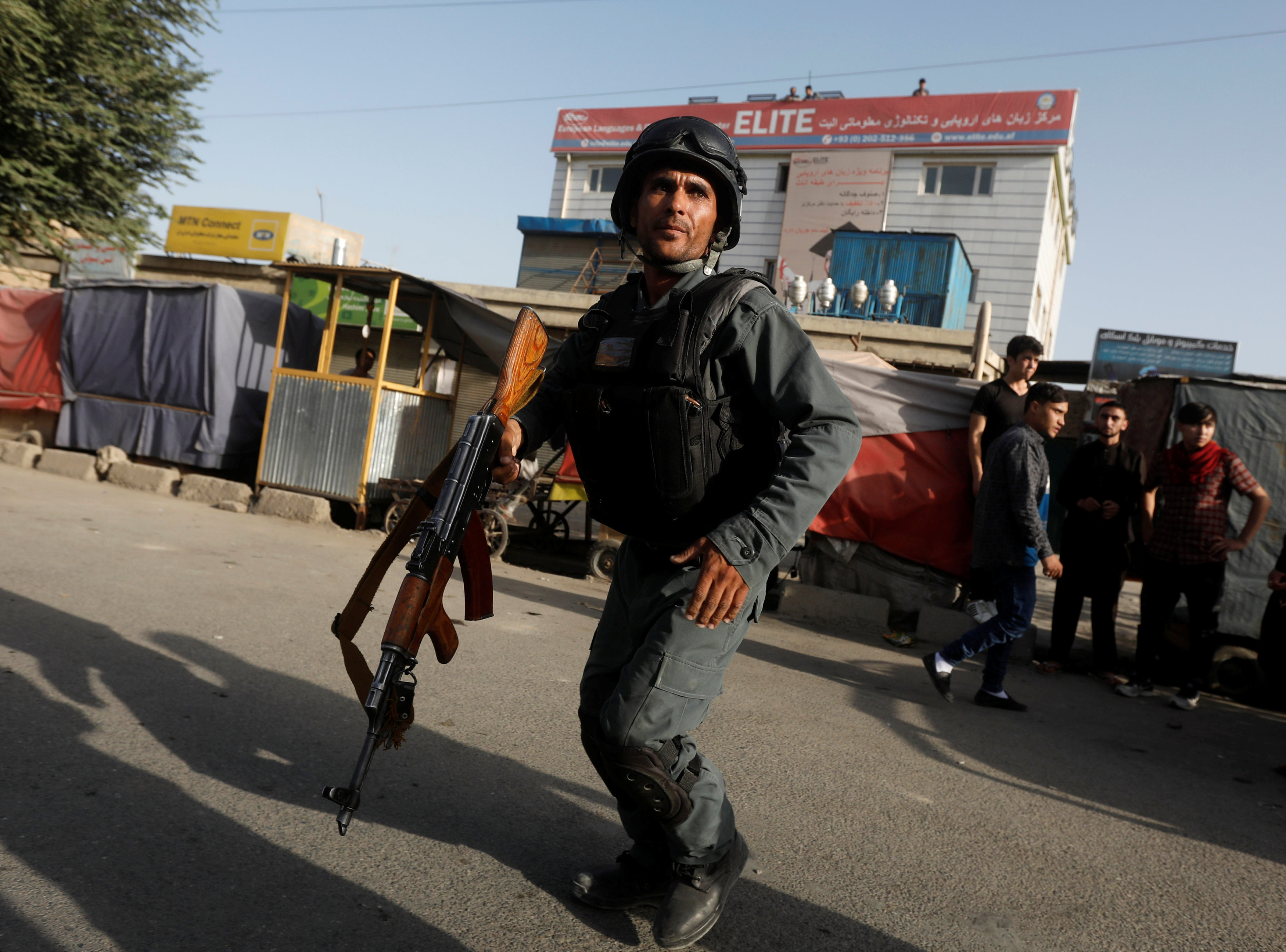 At least 25 killed in suicide blast in Afghan capital Kabul

A suspected suicide bomber blew himself up in front of an educational centre in a mainly Shi’ite area in the west of the Afghan capital Kabul on Wednesday, killing at least 25 people, officials said.

There was no immediate claim of responsibility for the blast, which came after several weeks of relative calm in Kabul but previous attacks on Shi’ite targets in the area have been claimed by Daesh.

The Taliban, who have been intensifying their attacks against military and government centres in recent weeks, issued a statement denying involvement.

The public health ministry said 35 wounded had been brought to city hospitals, in addition to the 25 killed, adding to the mounting list of civilian casualties this year.

The attack occurred as the government was facing heavy pressure over a Taliban attack on the central city of Ghazni that led to five days of intense fighting during which hundreds of civilians and members of the security forces were killed.

The attack on Ghazni, one of the biggest seen for years in Afghanistan, fuelled criticism that President Ashraf Ghani’s Western-backed government was incapable of protecting the country.

With parliamentary elections due on Oct. 20, the government had been bracing for more attacks in Kabul and other cities, even while hopes of peace talks with the Taliban had been fuelled by a three day truce during the Eid al-Fitr holiday in June.