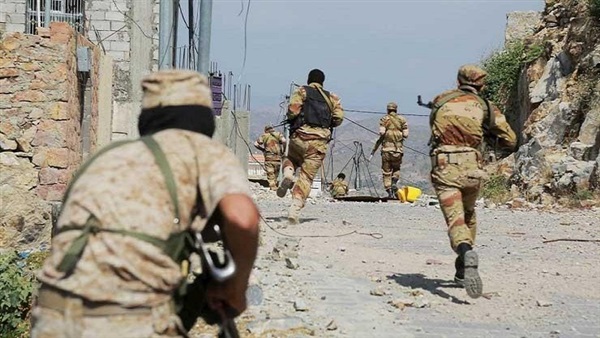 25 Houthis killed in clashes with Yemeni army in al Jawf

Twenty-five Houthi elements were killed on Friday during fighting with the Yemeni army in al Masloob district, in the west of al Jawf province.

The Yemeni troops have killed the Houthi elements in several neighborhoods of al Masloob district and achieved progress in these areas, Al Arabiya news channel reported, quoting a Yemeni military sources as saying.

The source added that the Houthis fled the area, leaving light and medium weapons, that have been seized by the Yemeni forces.

In July, the Yemeni army, backed by the Arab coalition, managed to liberate strategic mountainous areas, as part of a wide-scale military operation it launched towards Bart directorate of al Jawf province.