Latest Posts
16:55
Home Islamist Movements Why did the West fight the Caliphate and the Taliban? 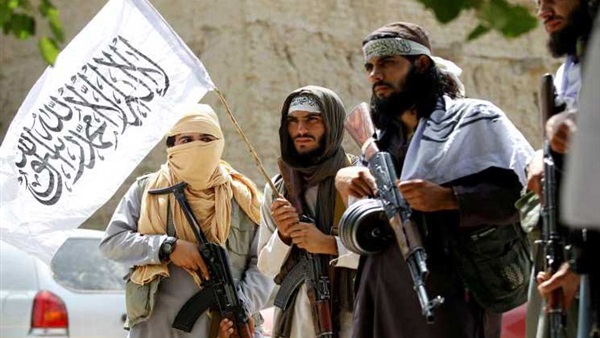 Why did the West fight the Caliphate and the Taliban?

The quest for a “caliphate” was a pivotal point in the work of extremist organizations, which used to recall this idea in order to increase its ability to polarize and mobilize. The organizations also wanted to recall the idea of caliphate, proving its adherence to the past, which can be characterized as religious compared to current reality.

Extremist organizations deliberately attack the secular reality prevailing in most Muslim countries; to prove the link between the declining power of Muslim states and secularism. They see as a means of entrenching the isolationism of Muslims in secular states.

The case of the “religious self-denial” of some Muslims was an introduction to the demands of extremist organizations for the need to return to the old political and religious patterns They  Include the caliphate, because they established a leading position for Muslims in the world at the time of their sovereignty.

Despite the success of some extremist organizations in achieving their goals of establishing Islamic rule in some areas – such as the Daesh and Taliban –  hoping that it will be able to extend its influence on the neighboring areas in the future. But that type of governance did not last long. Where the mechanism of government adopted did not keep pace with changes in the Muslim mentality as a result of cultural openness to Western society.

Which means that democracy as a tool of Western political practice, represented a problem of the concept of caliphate at the theoretical and practical levels.

Why does the Caliphate contradict with modern political ideology?

The idea of caliphate occupies an essential position in the discourse of the Islamic organizations. Where the latter deal with the caliphate as the ideal state that gives its citizens the right to practice their religious rites without any restrictions.

Rather, the caliphate in the eyes of these organizations coincides with the state. Which practices authoritarian behaviour in order to limit the acquired behavioural patterns that conflict with the religious self of the Muslims? That means that the state of the Caliphate theoretically does not complete its role except by playing the role of “no evil.”

The term “Muslim Caliphate” appeared for the first time after the death of the Prophet Muhammad when the Prophet, PBUH, was succeeded by Abou Bakr El Sedeiq (may Allah be pleased with him). Which confirmed that the word “Caliph” contained religious connotations in conjunction with another political?

It is no wonder that the status of the Caliphate requires him to delve deeper into the forensic sciences so that he can facilitate the affairs of his compatriots in accordance with his religious principles.

Moreover, the concept of “caliphate” carries central connotations that include the concentration of power in the hands of one man.

The caliph is the ruler and the military commander, regarding the affairs of the judiciary or the needs of citizens, without any oversight mechanism that would play a restrictive role to prevent the despotism or reduce the negative effects that result from his decisions.

Although all caliphs used to take advisers, these advisers were without real powers to restrict, postpone or even challenge the governor’s decisions.

Geography of the State of the Caliphate:

In the same context, the borders of the Caliphate State did not adhere to certain geographic boundaries. Although in theory it suffered the rule or subjugation of all Muslims in all parts of the world.

This impression is in itself an acquired behaviour and not a religious obligation, especially if we consider that the Islamic religion is extended in some areas by Muslim merchants.

In other words, the idea is always extended faster than the force of weapons. Making the geographical scope of the Islamic religion transcend the boundaries of the Islamic state in all periods. For example the presence of Islam in a number of African and Asian countries, such as Nigeria and Indonesia, although neither of the two countries has been governed by The State of the Caliphate in any period of time.

This was a justification for the Islamic countries in different periods of time to invade these areas and subject the Muslim inhabitants to the provisions of the Islamic religion.

Therefore, we always find all the extremist organizations that seek to establish the state of the caliphate does not recognize the national borders. And seeks to launch hostile attacks on other countries, which produces a violent image of the Islamic religion itself.

The war against «Islamism»:

Which confirms the lack of acceptance of Islamism to the other opinion; in contrast with Western political ideology, which depends primarily on the role of the state «protector» of all views regardless of their content.

It is therefore imperative for the international community to take a unified situation in order to put an end for these organizations.

The mechanism of the transfer of rule within the caliphate state, depends mainly on inheritance, not to mention illegal means, which include killing or military coups. Which contradicts with the Western ideology which is based on restricting the duration of the individual’s stay in power with a specific time frame to prevent its tyranny.

In Western democracies, it is recognized that the governor’s work in the presidential system is limited to two terms. Unlike the parliamentary systems in which the prime minister is still entitled to retain his position for as long as possible, as long as he enjoys popular legitimacy through the elections.

Thus, the Caliphate as a theoretical framework or practical practice is not fully compatible with Western political ideology, represented by liberalism or its political “democracy”.

Europe suffered from this for long periods, when the Church fought all kinds of development.

For example, the Church fought the scientist Galileo in the seventeenth century, because he proved that the earth revolves around the sun, contrary to what the Church adopted at the time.

The Church, since its inception, has built itself on some of the ancient Greek principles laid down by Aristotle and Ptolemy in pre-Christian times. Which makes the theories of Galileo represent a stab in the legitimacy of the religious and scientific church at the time.

Therefore, when the French Revolution took place at the end of the eighteenth century, it worked on spreading the idea of secularism, as an effective mechanism for the elimination of religious despotism. Which is always regarded as the most despotic system.

Because it has a mental impact on its subordinates, as well as its rigid acceptance of criticism.

Over time, the idea began to spread throughout Europe, as secularism became the nerve of democracy.

While the second has the implications of separation of powers in order to prevent political tyranny, the first included isolating religion from all walks of life in favor of national nationalism.

Therefore, the adoption by Islamic organizations of the idea of establishing a religious state, even if it is an emirate in a region, is considered as a threat to Western countries. Because it means the return of religious nationalism to reappear within an entity, that does not recognize the borders of other States. As well as, preparing itself for the invasion of its neighboring States. In fact, such an act stabs international peace and security.

Finally, it is noted that the Caliphate is a model of the religious state that Europe has long taken to overcome. But Europe has placed many restrictions on the role of religion in the modern civil state to hinder any attempt to evoke religious nationalism again.