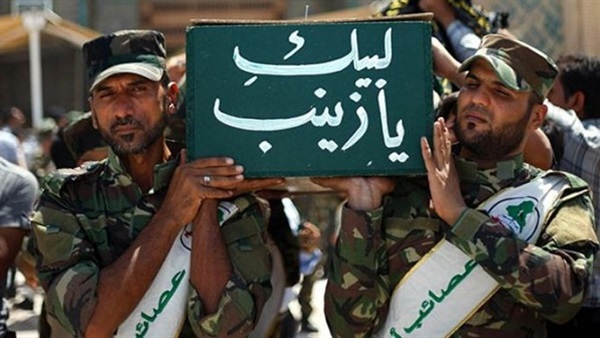 Today, the Washington Post reported that, over the past four years, thousands of young Afghan Shiite men have been drawn into the war in Syria by Iran, part of a well-financed system of recruitment, training and incentives that funnels Afghan recruits to fight for a repressive Arab government.

The post also mentioned the Afghans are soldiers in someone else’s war, propelled by economic woes and religious loyalty to join a foreign fighter.

As many as 840 Afghans have been killed, according to researchers. Survivors can recount hard-fought battles near Aleppo or Damascus, and some believe they are helping to protect sacred Shiite shrines in those areas.

Between 5,000 and 12,000 Afghans have participated in such units since they were established within the Fatemiyoun Division of Iran’s Revolutionary Guard Corps, according to human rights and research groups. Most are refugees or workers living in Iran, but hundreds come from poor, ethnic Hazara and Shiite communities in this windswept city near the Iranian border, as well as other regions of Afghanistan.