Latest Posts
19:55
Home Opinion Would al-Qaeda reemerge from the ashes of Daesh? 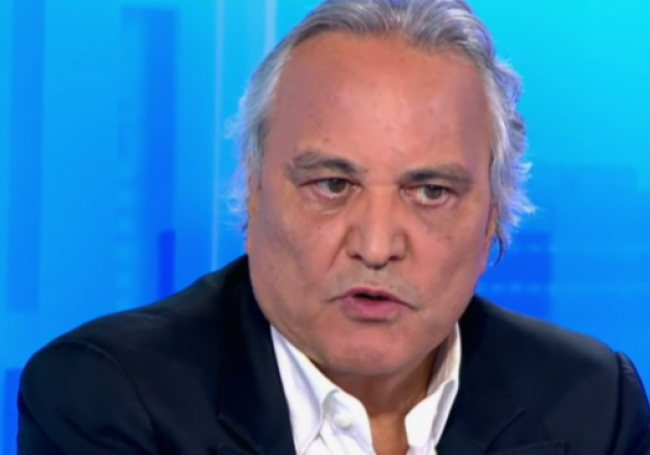 Would al-Qaeda reemerge from the ashes of Daesh?

Within four years, Daesh has not only outshined al-Qaeda, but also has replaced the parent organization – al-Qaeda – as a sponsor of jihadi movements across the world. Abu Bakr al-Baghdadi’s followers have taken control of al-Qaeda’s networks, established by Osama bin Laden 25 years ago, in the region.

By labeling itself “the Islamic State” and claiming to restore the Rashidun Caliphate, Daesh has given a kiss of life to international jihadist movements, which were weakened during bin Laden’s last years.

Therefore, the global jihadist movement has been renewed in a new shape and emerge out the ‘Arab Spring’ as tumors trying to seize land in Iraq and Syria in the beginning, and the Arabian Peninsula, North Africa, African Sahel and Asia afterwards. It even reached to the West, which has considered itself immunized in view of its achievements after launching a global war on terrorism after the September 11 attacks.

The offshoot Daesh has replaced al-Qaeda, and Abu Bakr al-Baghdadi has knocked down his mentor Ayman al-Zawahiri. However, al-Zawahiri is not the kind of man that would be easily duped. Although al-Zawahiri has been the second-in-command during bin Laden’s dominance, he has been a theorist who has laid out strategies for seven global jihadi trends since the Soviet war in Afghanistan (1979-1989).

Al-Zawahiri, who has become the ‘Grand Sheikh’ of global jihad after bin Laden as of 2011, was duped by some unknown man — Abu Bakr al-Baghdadi who proclaimed himself as caliph — among the jihadist movements.

In this regard, we should raise this question: How could not al-Zawahiri sense that a new dynamic entity or the so-called Islamic State in Iraq and Syria would unite jihadists of all nationalities under Daesh?

We also wonder if this radical change in the balance of power between al-Qaeda and Daesh, which was an offshoot of the parent organization, has resulted from the chaos that followed the Arab Spring.

Or was it otherwise? Is it a new phase of the ‘circumvention strategy’, which was initiated by al-Zawahiri following the attacks on September 11, 2001, to hide the jihadist networks in a bid to outsmart anti-terrorism agencies worldwide?

Bin Laden and his right arm and successor — al-Zawahiri — realized after 10 years of hiding and secrecy in the wake of global security crackdown after the September 11 attacks that al-Qaeda has become an army without land.

Al-Zawahiri and bin Laden found in the Arab Spring a long-awaited opportunity for the resettlement of jihad through engaging it in regional or domestic conflicts that would mobilize the public to revolt. Messages between al-Zawahiri and bin Laden, who was killed later, revealed suggestions to even rename al-Qaeda and its regional offshoots to realize that goal.

Three years before the emergence of Daesh, many jihadist groups such as Boko Haram, Ansaru in sub-Saharan Africa, Ansar al-Sharia in North Africa and Al-Nusra Front in Syria have all emerged from groups that used to operate under al-Qaeda.

The Islamic State in Iraq, the parent organization from which Daesh emerged, has come into being as suggested by al-Zawahiri as the old al-Qaeda-affiliated al-Zarqawi group was renamed.

What’s really more confusing is that all the core changes done by Daesh had been planned long ago by al-Qaeda, including the most surprising and drastic development, which was the declaration of the Islamic State in Iraq and Syria (ISIS).

The shocking declaration in June 2014 of ISIS on the vast territories on the Iraqi-Syrian border was in line with recommendations and instructions of a book titled “Management of Savagery”, which was authored by al-Qaeda’s strategist Abu Bakr Naji and released in 2006.

Moreover, quotes from “Management of Savagery” were mentioned in messages sent by bin Laden to jihadist leaders in the Maghreb, Syria, Iraq, Gulf countries and Yemen.

In his exchanged messages with al-Zawahiri, bin Laden also suggested changing the name of al-Qaeda, which has lost its credibility after the international media devilized it as he put it.

In his small notebook, bin Laden suggested a number of names for al-Qaeda, including the organization of restoring Rashidun caliphate.

So, in the light of all that we clearly see how the emergence of Daesh has not been a surprise for al-Zawahiri, neither its name nor its strategy of “Management of Savagery”.

However, why did al-Zawahiri let the consequences get out of his control jeopardizing his leadership of the global jihad? Was this tactical retreat for the advantage of Daesh as part of al-Zawahiri’s highly appreciated circumvention strategy, which has been applied since the Egyptian Islamic Jihad and al-Jama’a al-Islamiyya joined forces in 1987, and later the merger with al-Qaeda in 1991?

Did al-Zawahiri expect Daesh would incur upon him a vicious crackdown from the world’s and regional powers? Did he predict that the Daesh caliphate would soon be swallowed by the quicksand of the Middle East, which has become complicated more than ever?

The speedy transformation of al-Qaeda’s Syrian Al-Nusra Front into Jabhat Fateh al-Sham as soon as the end of Daesh had loomed in July 2016 provides clear evidence of the “circumvention strategy”, which was launched by al-Zawahiri 2 years earlier.

After their secession from al-Qaeda by mutual consent, we saw al-Zawahiri’s loyalists in Al-Nusra Front reorganizing the group to emerge as the leading jihadist organization in the Levant to receive the jihadists fleeing Daesh in the wake of the strikes launched by the Western and the Russian-Iranian alliances.

The future developments in Syria and the Middle East as a whole in the coming months will reveal how far this strategy will be fruitful and if al-Qaeda would reemerge as a phoenix from the ashes of Daesh.