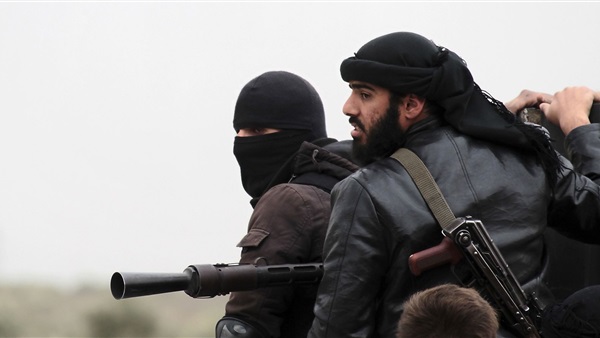 Why do European youth join Daesh?

Some Europeans raise concern by joining Daesh. It is common for people from Arab and predominantly Muslim countries to join in radical organizations for religious reasons.

A deep analysis of the roots of Islamist jihad can show that European elements had been part of this jihad from the very beginning, specifically since jihadists entered Russia to defend the Muslims of Chechnya.

This was when jihadists created their promotional discourse to claim that they are defending the right of Muslims to live in peace. This discourse brought in sympathy from European elements.

Europeans joining Daesh have come at the center of attention for European policymakers. This attention increased as the number of youth joining the terrorist organization, especially from the UK, France and Germany, increased.

Daesh had at the same time targeted Western countries. This obliged the UK to raise its terror alert level to very critical (1). Daesh equally targets Europe as it does the so-called Arab Spring states.

In June 2013, some Daesh members were arrested in Iraq. They were then accused of attempting to smuggle chemical weapons into Canada, the US and Europe.

When Mahdi Namosh, a French national who spent time with Daesh and then returned to Europe, was arrested, he had weapons on which the Daesh flag was drawn in his possession. Namosh staged an attack on the Jewish Museum in Brussels in May 2014. Three civilians were injured in the attack (2).

This study tries to find an answer to questions on the reasons why European youth join Daesh. This question is strongly connected with other important questions on the types of people who join this terrorist organization, the places they come from, their roots, how they join Daesh, their percentage in the organization, the possibility of their return to their countries and the way European governments will deal with them once they return.

As a term, “terrorism” is a bit problematic. It is used interchangeably with other terms that describe criminal acts against individuals and institutions. However, this confusion is made because of failure to understand the real meaning of this term. This confusion is caused by attempts to explain relations between terrorism and other forms of violence. Nonetheless, the same confusion negatively affects attempts to deal with and eradicate terrorism.

First, researchers may adopt the cultural theory that attributes terrorism to the ideas a person acquires as a child. This theory envisages history as a condition in which national identity is put in the heads of people by making them view themselves as heroes who get what they want by force. This condition is strongly connected with a number of historical events, including colonialism which opened the door for the presence a legendary perception of national heroes. This perception portrays these heroes as people who sacrifice themselves for their countries to be free. Most folk tales talk about the bravery of national heroes who defeat enemies and humiliate them.

Nonetheless, the same theory overlooks the contribution this way of thinking makes to personality development. Viewing oneself in heroic terms gives way to the presence of important values, such as self-defense in the face of oppression. However, there is a need for teaching children rationality and tolerance.

Second, some people may like to draw links between terrorism and economic conditions. Poverty, they believe, makes people use force against individuals and the state to get what they want. The same poverty is believed to cause people to join terrorist groups to get rid of their financial problems. This is a bit logical in the light of the fact that most of those who carried out terrorist attacks in Western countries were residents of poor districts in these countries. They used primitive materials in carrying out these attacks. A large percentage of jihadist group members came from the marginal urban belt around the cities in France, for example.

Third, another group of analysts link terrorism to the environment where it comes from, especially if terrorists come from places far away from the direct control of the central government. But this does not fit into the terrorism model that is present in Europe. It fits more into the terrorism model present in Africa, like in the case of Sinai in Egypt. Sinai suffered deprivation and failure to exploit its resources for decades in the past. The residents of the Egyptian peninsula feel discriminated against for cultural reasons. Sinai also is difficult to control in a central manner. It has room for Salafist ideologies that encourage terrorism and isolation. Sinai is also a border territory which makes it easy for terrorist groups to smuggle needed supplies and equipment into it.

The same applies to the case of Boko Haram in Nigeria. This terrorist group targets schools. The group thrives in remote areas.

Fourth, some researchers link terrorism to what they describe as the “racial nature” of European and Western institutions and their bias to the white race. They say a social system giving priority to white people in Europe is a racist one. The same system allows the security establishment to deal ferociously with suspects of color, in general, and blacks, in particular.

The security establishment views every black as a criminal by nature. In dealing with blacks in this manner, the members of the security establishment also believe that they are protecting the white members of society. A large number of the Western rebel movements appeared in the past few years because of violence by police against people with African origins. This applies to the cases of the UK and the US.

But this serves the best interests of the media of the far right that opposes immigrant presence. This at the end encourages the state and individuals to follow a violent course that violates all legal and human traditions which triggers violence in reaction. Following the attack on the satirical French magazine Charlie Hebdo, which published cartoons mocking Islam’s Prophet, Muhammad, a white man attacked a Muslim family.

Fifth, there is an educational interpretation of terrorism that links it educational institutions, especially ones where individuals are brought up on violence. This interpretation is connected with the first theory which links violence and terrorism to identity. In this case, education and physical punishment are always intertwined. This is a type of education that forces the pupils to blindly obey their teachers. It teaches the pupils by rote and prevents them from innovation. It teaches them all patriarchal values that call for violence.

This shows the presence of different interpretations of the reasons for the presence of violence. Some of these interpretations attribute this phenomenon to social and economic reasons and others attribute it to cultural and political reasons. Nonetheless, a number of intertwined elements pave the road for the emergence of violence. These elements include support offered violent groups from outside. They also include whether people consider the government legitimate or not and the presence of ethnic groups with a rebellious history.

This shows that the reasons that encourage youth to join jihadist groups are varied. These reasons combined constitute the environment that is able to produce violence against the state and society. This is why it is not easy to attribute violence to one single reason. All reasons are possible. Nonetheless, in some contexts, one reason can beat out others in standing behind violence.