Latest Posts
18:21
Home Reports Who is trying to demonize CEMO? 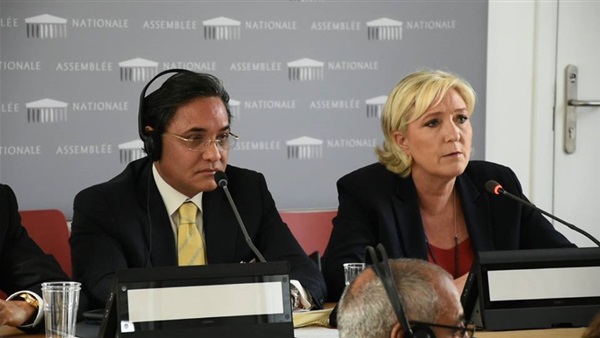 Who is trying to demonize CEMO?

The French parliament’s foreign affairs committee invited Dr. Abdel Rahim Ali to speak about the post-Daesh dangers and the penetration of takfiri movements into France as an Egyptian MP and a specialized researcher of misinterpreted Islam. 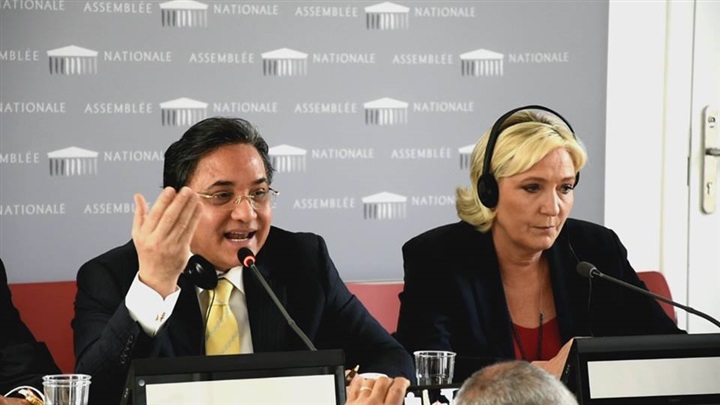 Former French presidential candidate Marine Le Pen, a French MP and President of the National Front political party, received Dr. Ali as a fellow MP. Le Pen took the opportunity of a joint forum with Dr. Ali to correct some misconceptions about her party, and to assert that she respects Islam and Muslims and consider migrants living in France equal citizens enjoying full rights and the same duties. Le Pen only opposes those who embrace extremist, takfiri thoughts.

Dr. Ali tackled the penetration of the Muslim Brotherhood and jihadi groups into France, and its threats to the western civilizational values. However, he also noted that some extremist racists, who deliberately wrong Islam and Muslims, foster extremism as they create a suitable environment for takfiris to recruit the French Muslim youth. Dr. Ali cited an example when 300 French celebrities called to remove some verses of the Holy Qur’an.

In an unprecedented move, Le Pen agreed with Dr. Ali and labeled those who signed the open letter as “stupid”, stressing that France has no problems with religious beliefs or holy texts, as it is only concerned about combating jihadist groups to protect its citizens, including Muslims.

That marked a political precedence for a leading politician like Le Pen, who came second in the last French presidential elections and her party represents roughly 30% of the French people, especially as her far-right party has been considered for long anti-Muslim immigrants.

That development made headlines in the French leading media organs. It was expected to gain more momentum and get more positive reactions on the French political scene for the best interest of the moderate majority of Muslims in France. However, the Islamist Qatar-backed movements – the Muslim Brotherhood and jihadi organizations – decided otherwise.

They used a suspicious person called Romain Caillet to launch a campaign against Dr. Ali accusing him of being obsessed by the so-called “Zionist conspiracy”.

That was the go-ahead signal for an ill-intended campaign aimed at demonizing CEMO, falsely accusing the center and its founder – Dr. Ali — of anti-Semitism. 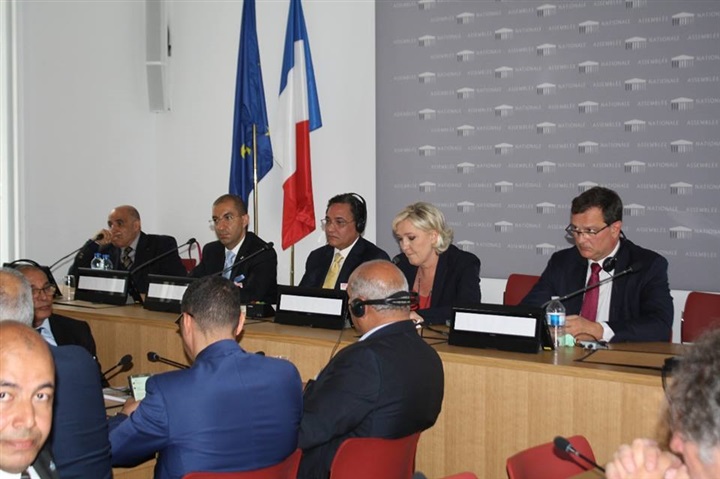 Romain Caillet, who triggered these accusations, is a suspicious and fishy character. Formerly, he claimed to be an expert on jihadist movements, but he was later found to be listed on ‘Fiche S’ for people who bear pro-extremism ideologies. That has driven the prestigious French media to cut off all links with him.

Caillet sent a number of defamatory tweets against Dr. Ali. These tweets were soon propagated by a news portal of a French radio station, in which Qatar bought a stake in it a few months earlier. All the accusations were launched by that news portal to the pro-Zionist websites in France. In less than 24 hours, the issue reached Tel Aviv as a headline of the Times of Israel website.

The most astonishing matter about all of these tweets and articles, published by Qatar and its Muslim Brotherhood affiliates in France and then taken by the Zionist and Israeli websites, was the fact that the phrasing was identical in a way that couldn’t be a coincidence. 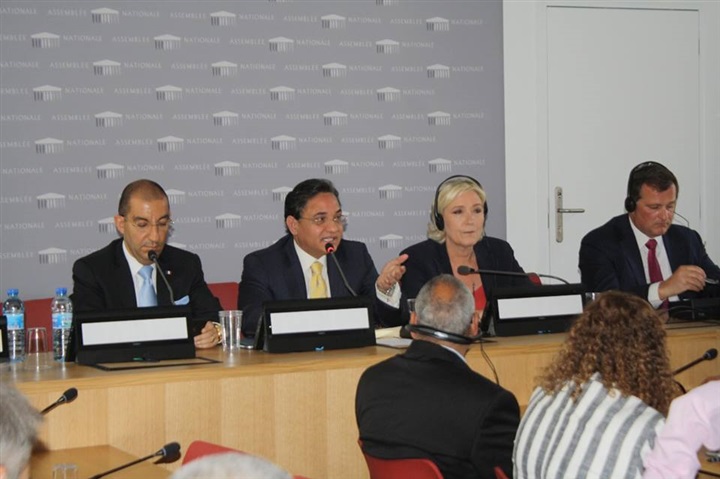 That proved that Qatar and its affiliates have taken action in this matter, as in many other issues, jointly with Israel. However, if you say that they would accuse you of being obsessed by the “Zionist conspiracy”!

In contrast to what is being circulated by some biased media which lack professionalism, the center for Middle East Studies in Paris (CEMO) clarifies that this institution and its chairman Dr. Abdel Rahim Ali deny any anti-Semitic ideas or concepts against the Jews as a people or Judaism as a divine religion.

It is worth mentioning that Dr. Abdel Rahim Ali is an MP in the Egyptian Parliament, which is a legislative body abides by all international commitments signed by Egypt including the peace  accords that Egypt and Israel signed before 40 years.

The center for the Middle East Studies in Paris (CEMO) is a research institute which cares only to combat Islamic fundamentalism.

The center depends on a human background and intellectual basis that cannot be denied or argued about. Accordingly, the center pays concern to confront the danger posed by Muslim Brotherhood’s thoughts and takfiri movements which threaten the western Values.

Consequently, the center is exposed to militants attacks intrigued by such movements and their sponsors.

We are, hereby, members of the Committee of Experts and Consultants at the Center for Middle East Studies in Paris, who met earlier today at the Center’s headquarters in Paris, in order to highlight the following:

– The Center for Middle East Studies in Paris is a research institution that deals only with the Islamist movements, and never interferes in the internal affairs of French politics. Therefore the center opens wide doors to all the intellectual and political currents in France, from the far right to the far left.

– The Center does not address the issues and conflicts that are taking place in the Middle East and the world except from the perspective of combating extremism and terrorism.

– We take this opportunity to renew our confidence in the chief of the Center, Dr. Abdel Rahim Ali, as a distinguished researcher in the Islamist studies, and as secular, enlightened PM with a human intellectual background.