Latest Posts
11:59
Home Interviews We will fight Daesh with ideas 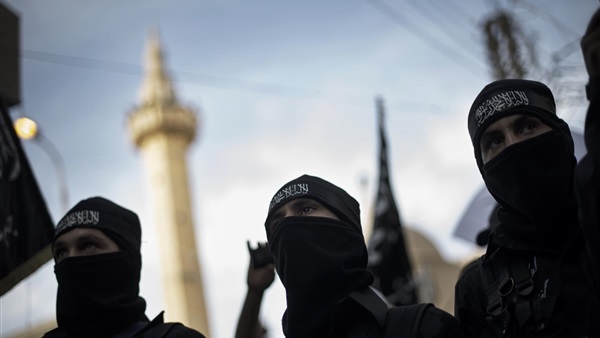 We will fight Daesh with ideas

Tunisia’s religious scene is always full of activity. There is a rethink of a new issue in the Islamic religion every day. Most of the debates on this Tunisian religious stage focus on gender equality and the right of Muslim women to get married to non-Muslim men. The Tunisians brought in equality between men and women when it comes to inheritance, even as this is a settled issue in the Islamic religion.

Tunisian Minister of Religious Affairs Ahmed Adhoum told al-Marjie that residents in the northern Tunisian city of Kairouan developed a habit of preventing polygamy. He said this habit dates a long time back when Abbasid caliph Abu Jaafar al-Mansouri fled the Umayyads to Tunisia in the year 709. The Abbasid caliph, he said, got married to a woman from Kairouan, whose father insisted that the caliph does not marry another woman or his daughter would have the right to divorce herself, writing this condition in the marriage contract.

“This was the first Islamic document banning polygamy,” Adhoum said.

He said this document did not violate the rules of the Islamic religion. He added that the Tunisians were inspired by the holy Quran in banning polygamy, especially from verses that point out that it is so difficult for a polygamous husband to treat all his wives equally.

“But this does not mean that they take the religious texts lightly,” the Tunisian minister said.

He said Tunisia is a predominantly Islamic state that speaks Arabic.

Tunisia, he said, is keen on its Islamic identity. He added that all the laws drafted by the government are based on the Islamic religion.

“Nonetheless, Tunisia tries to understand the religious texts in a way that suits the modern times,” he said.

He added that although Tunisia works to upgrade its understanding of the Islamic religion, thousands of its citizens have joined Daesh.

An estimated 6,000 Tunisian nationals have joined Daesh in Iraq and Syria or swore allegiance to its self-styled caliph Abu Bakr al-Baghdadi, according to independent estimates in 2016.

Adhoum cast doubt on this figure. He said this is an unofficial figure.

Citizens from everywhere in the world, he said, joined Daesh, which means that the Tunisians were not alone in this.

He added that Daesh used religion to attract recruits and also technology to reach the largest number of people everywhere.

“We have to formulate a new plan to counter the efforts made by Daesh to influence our youth,” Adhoum said. “This plan must include the renewal of religious discourse and also the use of modern technologies to counter work done by Daesh in this regard.”

The Religious Affairs Ministry, he said, is an important component in the implementation of this plan.

He added that the plan depends on security solutions, but also depends on work made on the intellectual front.

“The aim is for us to find an intellectual response to ideas propagated by Daesh,” Adhoum said.

He said the Tunisians were still at the beginning of the road.

“We have not produced enough intellectual materials.” Adhoum said. “But we are on the right track in this regard.”

Tunisia brought the small religious classes, known by the Arabic plural name Katatib, back to life. The Katatib stopped working in Tunisia during the French occupation of the North African state (1881 – 1956).

Today, according to Adhoum, there are 1,600 functioning Katatib in almost all Tunisian cities.

“I received my earliest education at one of these Katatib,” Adhoum said. “This was where I was introduced to the Islamic religion.”

He said Tunisia modernized the Katatib to turn them into places where correct Islam is taught. Adhoum added that children admitted into the Katatib also study languages and computer.

Tunisia has already approved 5,700 preachers to preach at its mosques, according to Adhoum.

He said these preachers are well-known to his ministry and that they do not violate state rules on what should and should not be said inside the mosques.

The countries of the Maghreb, he said, encourage Sufism as a counter pole to extremism.

“Sufism has always been present in our societies,” Adhoum said.

He added that Sufi ideas are capable of eclipsing and even defeating the ideology of the radicals.

Adhoum said so far, his country has not received any of those who used to fight within the ranks of Daesh in Iraq and Syria.

Nonetheless, he said, Tunisia had prepared a plan to deal with those expected to return from the frontlines in Iraq and Syria.