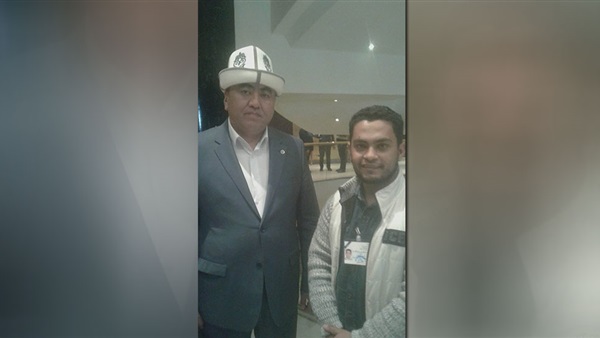 Our State does not know terrorism because we follow the Hanafi doctrine, Zameer Fakit.

The State of Kyrgyztan represents an exceptional example among the Islamic States, as it has not witnessed any terrorist armed attacks unlike the rest of the troubles Islamic world. Al Manara interviewed the Kyrgyztani  deputy Grand Mufti “Zameer Fakit” to get a closer look at the Muslims in this Central Asian State and how they avoid the atrocities of terrorism.

Fakit said during the interview that the prevalent terrorism has not found its way yet inside of Kyrgyztan.

“We have 6 million citizens, 90 percent of them are Muslims, aslo we have 1000 mosques, Muslims in our State follow the Hanafi doctrine and the moderate Islam, hence out country does not know terrorism”., said Fakit during the interview.

On his country’s plan to confront terrorism, Fakit said that the State has launched a campaign three years ago to rectify the wrong concepts and introduce moderate ideology through preaching and religious speeches.

Fakit highlighted the vital role played by the Kyrgyztani Religious administration, as it supervises Mosques and religious schools, also adopts a strategy applied by more than 3000 Imams, Scholars and Preachers.

“We hold a meeting every three months to discuss the monthly plan to fight extremist thoughts and prevent the youth from following terrorist ideas, Kyrgyztan managed recently- due to its alarmed Security institutions- to arrest a Kyrgyztani who left to Syria to join the civil war there before he is able to disseminate his ideas among the youth”., added Fakit.

Fakit asserted that Muslim Imams and preachers must unite to fight back terrorism through Quran, Prophet’s journey, and the Islamic history in order to debate the extremists.

Fakit valued the importance of conferences including several Muslim States, even those which are not  currently a target for terrorism, he pointed out a recent conference hosted by his country that included Preachers from 20 Muslim countries.

Fakit added during the interview that the non-existence of a unified Scholars’ opinion is the reason behind terrorism emergence, the Kyrgyztani preacher stated that extremists are harming Islam, bringing up Islamophobia as an example of this harm.

Fakit praised during his interview the role played by Al Azhar to fight terrorism and extremism, and its historical role to disseminate moderate though.

“We are keen to attend conferences organized by Al Azhar, we send our students to Al Azhar University as well, when we called people to unite behind Scholars’ preaching, we meant Al Azhar Scholars”., added Fakit.

Fakit praised the Egyptian military campaign known by the media name “Sinai 2018”, under the incumbent President Abdel Fatah al Sisi, wishing Godspeed for the brave soldiers who are fighting on behalf the world.

Kyrgyztan took some early measures to contain extremist ideas, it has submitted a memorandum to the UN explaining those measures taken since 2002.

The memorandum mentioned how Kyrgyztan had all the bank accounts and economic resources belonging to terrorist individuals, institutions and entities, frozen.

The memorandum also mentioned how the Kyrgyztania State prevented those terrorists from using properties in a lucrative methods, and banning extremist from entering the State.