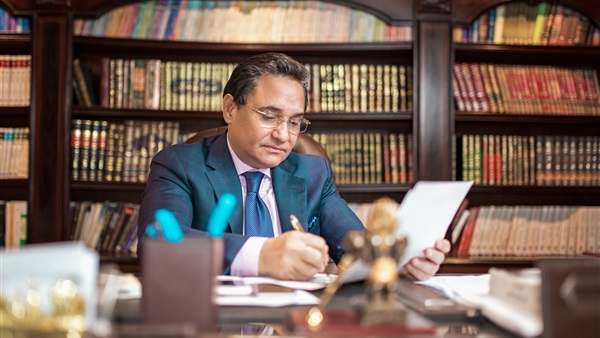 Terrorists impose their values on Europe

How I view the way Europe dealt with Islamist movements (the movements misrepresenting and misinterpreting the Islamic religion) was and continues to be regulated by four main beliefs.

These beliefs were formed over a very long period of time, during which I had direct contact with these movements in my country, Egypt.

During the same years, I wrote 18 books in Arabic on the thinking and strategies of these movements. The books dwelt on all sorts of movements, including the Muslim Brotherhood, al-Qaeda, militant groups, Salafist groups, and, finally, Daesh.

Two of the 18 books, the first being On the Muslim Brotherhood State, and the second being, On the State of Daesh, were translated into both English and French.

The first of the four beliefs is that Europe is in real danger, one posed by the arrival to it of the values of the movements misinterpreting the Islamic religion. Muslim Brotherhood societies and organizations are at the heart of this arrival. There are around 500 societies and bodies affiliated to this organization as we speak. The presence of these entities poses real danger to European values, such as freedom; rule of law; modernity; equality, and diversity.

The fact is that the onslaught on these basic European values takes place according to a well-calculated plan that the Brotherhood implemented previously in other geographical areas. The same plan was implemented in some of the countries of the Middle East.

The second belief is that the terrorism that makes Europe suffer today, including the 1995 Paris metro bombing, started at the intellectual level in Arab states.

Bombings were only the end result of long years of action by these movements to spread hatred of non-Muslims and the need for Muslims to achieve supremacy of the world through violence. There was nobody to fight these ideas, which is why they are now part of the way most Muslims think. This causes our repeated friction with these movements in the Arab region.

Europe is under threat of repeating the same experience if it fails to act to counter the ideas of these movements right now and early on.

Europe will be doomed to face the dangerous results of failure to act against these thoughts. The results will be nothing but unending terrorism that destroys European societies, no matter what the Europeans will do to prevent this.

This is necessary if Europe really wants to take decisive action against the terrorism and extremism it is facing today. This required action was actually why we founded the Center for Middle East Studies in Paris.

The fourth belief is that the way Europe dealt with Islamist movements was full of mistakes at all stages. Europe committed a mistake by dealing with these movements in the light of the laws prevalent in it, ones that protect the privacy of people. Some European leftist and liberal political forces also curried favor with some of these movements under the pretext that they were not involved in violent activities, even as their thoughts and practices will inevitably lead to violence at the end.