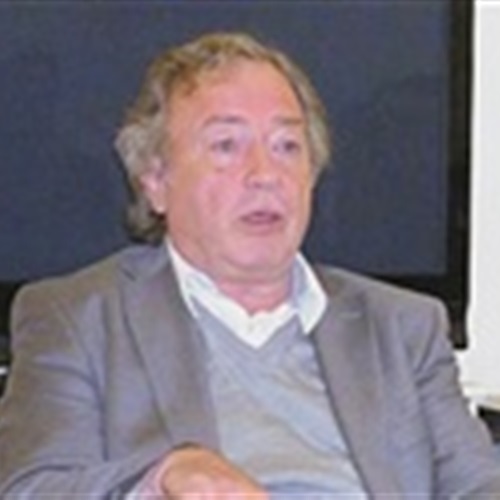 Al-Qaeda’s third-in-command, Abu Hafs al-Mauritani, who was born in southern Mauritania in 1967, is the eponym of “The Secret History of Al-Jihad. From Al-Qaeda to the Islamic State”.  He is now living in an upmarket suburb in the Mauritanian capital Nouakchott.

Abu Hafs al-Mauritani gives an unprecedented account on his first encounter with Al-Qaeda’s leader Osama Bin Laden. Abu Hafs was Bin Laden’s close friend. Due to his poor knowledge of Islam and its Sharia, Bin Laden appointed Abu Hafs his Mufti. Abu Hafs’ immense knowledge of Islam and its sciences is attributed to his education in Nouakchott-based Saudi Institute of Islamic Studies, which was popular for being the mecca of students from eastern African countries and Arab Maghreb (Morocco, Algeria, Tunisia and Libya). IIS’s notorious graduates included Abu Bakr Shekaw, leader of terror group Boko Haram in Nigeria. The Mauritanian authorities decided to close IIS in 2011.

Although Abu Hafs went to Afghanistan in 1991, he did not have the chance to come across Bin Laden. The first meeting between Al-Qaeda’s leader and its Mufti took place next year—in Sudan.

The wealthy Jihadist did not lead a lavish lifestyle. He allocated a fortune he inherited from his wealthy father to financing his alleged holy war. His residence was not fitted with a fridge or fans. He never served soft drinks to his guests. Nor would he buy toys to his kids. His daughters were the victims of their father’s condemnation to girl education.

Bin Laden did not welcome the exchange of gifts. He never dined abroad; he enjoyed dishes prepared by his wives.

Abu Hafs also remembers that Bin Laden was Al-Qaeda’s sole policymaker and its chief commander.  According to the Mauritanian Mufti’s account, Bin Laden trusted Saudi citizens more than any other people to ram their plans into the World Trade Tower on September 11, 2001.   He was confident that Saudi citizens would not betray him under any circumstances. It is known that the 9/11 attack severed the relationship between Al-Qaeda’s leader and the Mufti. Abu Hafs condemned such savage attacks on innocent civilians. The Mufti decided to walk away.

“The Secret History of Al-Jihad.. From Al-Qaeda to the Islamic State” explained that Abu Hafs did not escape to Iran in 2001. The author said that Al-Qaeda’s Mufti preferred to stay in Iran after he fled Afghanistan because the Shi’ia Iranians were against terrorist acts committed by alleged Jihadists. According to Wild Salem, Abu Hafs was not alone in Iran. Bin Laden’s third wife and her son Hamza also sought safe refuge in the Shi’a state. Their predecessors in Iran were Bin Laden’s children from his first wife: Saad, Osman, Fatma, Bakr and Iman.

The book claims that Bin Laden’s family was put under house arrest in Iran. The author suggested that the Iranian authorities might have used Bin Laden’s family in Tehran as a kind of pressure during nuclear negotiations with the Europeans and the Americans.

Abu Hafs returned to Mauritanian only in 2012. The author realized that Abu Hafs’ movements in Mauritania are not restricted. Bin Laden’s Mufti refused to meet the author in Senegal or Morocco. Like many other people, who were close to Abu Hafs, the author did not help decode the mystery whether Abu Hafs was an agent of the Mauritanian security authorities.