Latest Posts
16:55
Home Opinion June 30… The revolution is still on 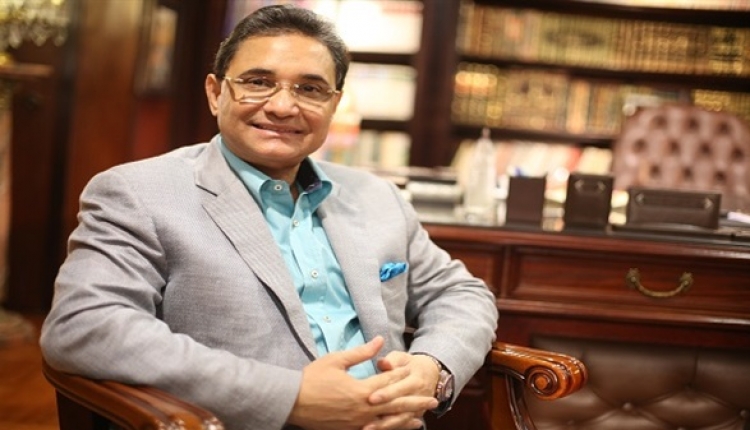 June 30… The revolution is still on

Certainly, the revolution is still on, and why not as many people, who sought to topple Egypt, divide its people and unity and undermine its national institutions, are lurking behind the door until we get a little bit inattentive, disagree a lot or our strength weakens and our grip loosens so they would swoop on us with no mercy.

The revolution is still on and we haven’t gotten out of the bottleneck yet as the war on terrorism is still going on. Moreover, we haven’t finished the building up of a modern, civil and democratic state. We haven’t laid out the foundation for the renaissance our people deserve.

We are striving to rise and stand up on our feet again, but they stalk us with harsh criticism, offensive badmouthing and accusations of treachery. They try to persuade us that we are “wrong” and what they attempted to do was “the right thing”.

The anniversary of June 30 calls back the memories, and my daughters, grandchildren, colleagues and friends ask me to expose some of the secrets of these glorious days. They want to know what happened on the first days of the revolution and never revealed.

The truth is I get somehow confused of the so many memories, and I don’t know where to begin.  I’m very discreet sometimes with regard to certain things as this not the right time to talk about, and I narrate some memories from here and there.

However, I hesitate a lot when it comes to the very beginning. Should I start with the press conference of the Supreme Presidential Electoral Commission and the announcement of Mohamed Morsi as the winner? At that time I was on my way to JW Marriott Hotel in Tagammu El-Khames to announce Ahmed Shafik as the winner of the presidential race in a press conference.

Should I start from that thread or should I begin with documents I obtained from a security agency on January 26, 2011. The documents reveal that Morsi was a spy for the US via his friend and his office director afterwards, Ahmed Abdel Aaty. The agency recorded more than five hours of phone calls between Morsi and an American intelligence officer, who was in charge of Turkey’s station. Abdel Aaty was in Turkey at that time.

Should I start with the report I filed on December 12, 2012 to the public prosecutor, who was appointed by Morsi after sacking Abdel Meguid Mahmoud. I accused Morsi of spying in the report.

The Cairo appellate public defender, commissioned by the public prosecutor to investigate into my report, was about to tell me something bad, but he was shocked when I told him that the three security agencies, which he had sought verification of my documents that revealed that Morsi spied with the US on January 22, 2011, replied in a fax that these documents are not true and groundless.

He was stunned how I could know something that has just happened and only the public prosecutor and the appellate public defender know of. “Mr. Counselor, you should remember this is our homeland. Rulers come and go, and we will survive and win in the end in spite of the papers you have now. The same security agency will send the genuine documents at the right time,” I told him.

How I knew the contents of the papers the public defender had is another story that truly deserves to be the beginning of untold stories about June 30. I have never been disappointed. I am well aware that governments have their own necessities, the people have their own options and a politician has different perspectives anyway.