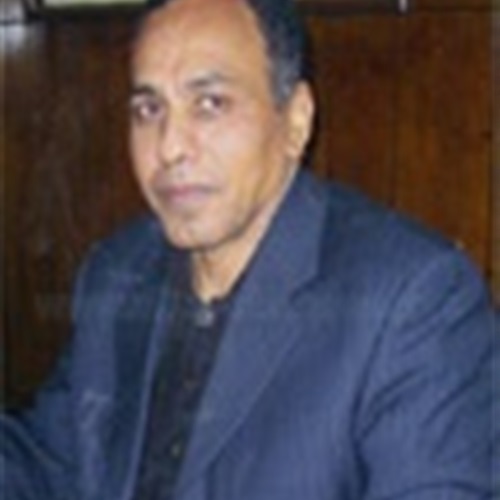 Abdel Rahim Ali… You are not alone

There are a lot of brave situations for the Egyptian MP and journalist, Dr. Abdel Rahim Ali, but the most courage one in my point of view his speech before the French parliament in the presence of the French MPs, journalists, and public figures, including “former presidential candidate Marin Le Pen”.

His lecture was about the post-Daesh era and the risks of financing terrorism exported to Europe, in addition to the role of the Muslim Brotherhood and the cooperation of its international organization with Europe.

We all have a clear vision to the issue of this stage which is “the danger of the returnees from Daesh to Europe and the European cooperation with the Brotherhood, Qatar and Turkey, but we could not expect that Dr. Abdel Rahim Ali will take the risks and talk about this thorny case.

His fellow journalists said: Ali entered the wasps’ nest. A colleague came back to the journalists and said: You mean he entered the nest of the Muslim Brotherhood wasps in Europe. But another colleague said: He is able to enter this nest and he will fight and come back safely, because Ali has a great experience in the terrorism and Islamist movements file.

We have been talking about this bold step taken by Ali, but I thought in a sentence of my colleague who said: “Ali is alone in France, although the Brotherhood is spread there and has many organizations and research centers funded by Qatar”.

At first, I feel sorry for him, for his lonely, and I said: Why do they leave him alone in France? In other words, why does not the state help him and support him in his confrontations against the people of evil? And frankly: Where is the role of the state, its organs, ministries, ambassadors, and research centers in joining together with Abdel Rahim Ali to confront the traitors of the Muslim Brotherhood in France, who are attack Egypt day and night? Who convey false images about the situation in Egypt in the French media? I thought in all these questions.

Over time I realized that what Abdul Rahim Ali do – in his capacity as a journalist and deputy of the people – more than any other role, a great role, there are those who die for Egypt in the army and police, There are who offer their life as a sacrifice to Egypt and does not wait any price for that. I considered that “Abdel Rahim Ali” is a fighter in his field.

He is already fighting the Brotherhood. He faces them. He goes to them in their court and decides to enter with them in a fierce duel. It is his game and I confident of his abilities to win after having made the national interest before his personal life, Ali look like the heroes of the army and the police – who believe in their cause and protect their home from the attacks of those extremists.

“Many people are following your activities in France and waiting for your talk in the French parliament, and I am sure that this talk in the presence of political leaders and a major newspaper will stir controversy.

As I expected.. The world turned upside down after Ali revealed presence of entities fund and support terrorist in Europe belonging to the Muslim Brotherhood, such as the Union of Islamic Organizations in Europe, which is located fifty percent of its branches in France.

He also revealed a shocking fact of the existence of 500 Brotherhood organizations financed annually from Qatar by about 6 billion euros.

I followed the tremendous reactions in France to what was revealed by Ali, I was surprised by the French news agency – the official agency in France – issued an official statement on the talk of Abdel Rahim Ali in the French parliament, all agencies Press and the major newspapers highlight the remarks, warnings and alerts of Abdel Rahim Ali to French society.

The logical question at this time was: What is the reaction of the Brotherhood, their supporters, their organizations and their media to the astonishing talk of “Abdel Rahim Ali”?

The Brotherhood did not respond to Abdel Rahim Ali’s statements because they had no responses but they practiced their favorite hobby of defamation, and lies so that the French and European public opinion would not focus on the warnings of Ali about the Brotherhood’s threat to Europe.

It was a surprise that one of the French media accuses Abdel Rahim Ali of being an anti-Semite. The accusation was based on malicious tweets and false news promoted by a controversial person named Romain Caillet, who used to be hosted by French TV channels as he claimed to be an expert on the study of jihadist movements. Consequently it was revealed that Caillet was a member of these terrorist groups and a member of the Muslim Brotherhood. Therefore, he was listed on the French “Fichier S” for people who bear pro-extremism ideologies.

The Supreme Council representative of the Jewish institutions “Krief”, launch a violent attack on MP Abdel Rahim. The council accused MP Abdel Rahim Ali of obsession with the Zionist plan and accused Israel of violence.

After the reactions that I expected, I can deliver a message to People’s Deputy Abdel Rahim Ali, Director of the Center for Middle East Studies in Paris. I say to him: You are not alone in the field of battle in France. You are receiving Egyptians’ prayers to you in your battle with the Muslim Brotherhood, Qatar and its fishy money. You are not alone because you are defending the Egyptian state, which is being ravaged by the Muslim Brotherhood abroad.