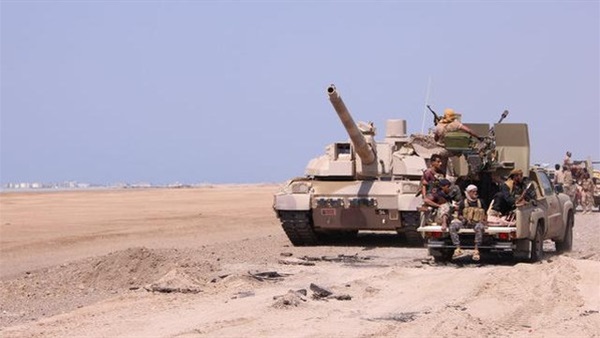 11 Houthis killed in Bayda within 2 days

Eleven Houthi militias were killed in Malagem district in Al Bayda governorate in the past couple of days, the Yemeni army announced.

The legitimate Yemeni forces continue to advance at a quickening pace in Malagem, field sources said.

The Arab Coalition-supported Yemeni army is reportedly working hard on liberating Al Bayda which lies near the center of the country and has a strategic location among eight other Yemeni governorates.

The Yemeni army said also that 10 senior Houthi leaders were killed during the past two days in clashes that took place in Al Malagim district in Al Bayda governorate.

The Yemeni Ministry of Defense listed the names of the Houthi leaders, adding that the battles resulted in the liberating of large swaths of lands in the governorate.