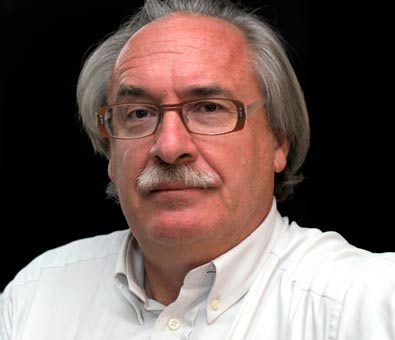 Our goal is to rectify some concepts and mistakes related to an old issue, which is terrorism financing issue, as there are several developments and challenges that need our attention.

Terrorism financing has witnessed several changes and reformation since it was repeatedly outlined. However, the issue disappeared, at least on its classical form. As a student of Michel Foucault, I recall his persistence in telling us this phrase; “We must know where do we start talking when we are dealing with an existing issue.”

We were among few others in Europe who tried to understand what happened in Algeria between 1988 and 1998, during what is known as the bloody decade where about 200 thousand people were killed.

We must assert that the Algerian civil war was a laboratory for extremist Islam and the militias adopting it then, a laboratory where methods of speech, operation and financing are being conducted.

Back then at the beginning of the nineties- my report team from the Swiss television channel “TSR” and I saw bags full of money leaving Geneva and Lugano in Italian Switzerland, to Algerian fighters in extremist Islamic militias.

We decided to follow those bags to discover the existence of three levels of financing, financing from the top to the bottom, taking place through banks, companies, and NGOs. Financing from the bottom to the top through fundraising at worship houses, cultural organizations, and charities used as a cover by Muslim Brotherhood group. A third way of financing was through petty crimes and armed violence.

On 17 November 1997, Luxor massacre took place, where 62 Western tourists were killed, among them 35 Swiss citizens, near to Mortuary Temple of Hatshepsut at the Valley of the Kings. Investigations revealed that a trading company called “Takwa” was behind financing the bloody operation, the company is a front for one of the Muslim Brotherhood banks in Lugano and Nassau in the Bahamas.

When we asked the then-Swiss Attorney General Carla Del Ponte whether she will conduct an investigation on the company’s activities, she embarrassedly answers off the record: “Are you crazy! My job is not to destroy the banking status of Switzerland, cause in case an investigation was launched, billions of dollars will immediately leave Lugano, Geneva, and Zurich.”

Shortly after that, we had an interview with the late Investment Banker and Chairman of Arab Bankers Association in London George Kardouche where he said: “If you wanted to understand the structure and organization of armed radical Islam, follow the money, be careful though, cause money is like water, flows where it wants, to be wasted in the sand later.”

From the beginning of the nineties until 9/11 attacks, a new terrorist threat appeared, it was adopted by the late leader of Al Qaeda “Osama Bin Laden” starting from 1998. We can draw some conclusions from that.

Financing terrorism was not the core of the issue, as 9/11 attacks in 2001 did not cost more than 500 thousand dollars, where Luxor massacre’s cost did not exceed the price of some Kalashnikovs and knives, same thing with the latest attacks in France, Britain, Sweden, and Germany.

We find large amounts of money at the prelude or the upstream financing, where recruitment and training are carried out before executing an operation. This stage is tightly linked to the production of the radical ideologies through, schools, training foundations, production of digital, audio and video speeches and publishing and distribution.

The emergence of ISIS (Daesh) between 2012 to 2014 led to a gradual change in circumstances, as we are facing now a terrorist organization that is not just using both upstream and downstream financing, it is also regionally backed, open for the usage of resources such as crude oil and cotton harvest.

Daesh militias are expected to appear in China, Sahel and Sahara region, African Horn and the coast of Mauritania, also the armed organization will restructure itself in Europe and in West and Mid of Asia, after its defeat in Syria and Iraq.

The indictment of two French Lafarge executives has revealed a new stunt to finance terrorism. We can say the same thing about some aspects of economic diplomacy, which was always defended by former French Foreign Minister Laurent Fabius, especially when we study some contracts signed with Saudi Arabia.

These incidents led me to write a book last year under the title “Terrorism, the covered face of globalization”, after 30 years of investigations, research and field reports. I said in this book that terrorism financing turned into a normal phenomenon disguised by globalization mechanisms.

In a dazzling article dated back to 1957 by philosopher George Batay, under the title “cursed part”, he explains that any phenomenon of economic expansion involves a dark side, and its reversal requires a waste that does not shrink. When we carefully examine the financial logic of terrorism, as well as the logic of counter-terrorism, we must acknowledge the existence of a large number of political economies whose mechanisms are expanding through a share of burning, destruction, and crime.

In this context, terrorism and its financing should not be analyzed as a disease, crisis or transient fever, but must be considered as a new and comprehensive natural logic.

Let us stop for a second in front of such an extraordinarily revealing, which is Panama documents. These documents revealed that the terrorism and crime money goes through offshore registered companies.

Such an unusual discovery, however, you’ll have dared to remind yourself that the vast majority of these companies go under American and British flags.

A core fades away

In the end, we can say that financing of terrorism is similar to the famous German philosopher Hegel’s soul-theory, in the writing of the phenomenology of the soul. Hegel says that the soul is a vanishing essence. It is a substance that dissolves and eventually disappears after it is absorbed by the daily lives of human beings Survival and reproduction.

When we see the terrorist lords in Algeria, the attacks in Paris, London, and elsewhere. We see the money paid by Lafarge to the armed groups and the real estate tax exemptions for the princes of Qatar, we know that the financing of terrorism has certainly become the essence of vanishing in the modernity of globalization.

For a further discussion, let us mention the relation between Jihadism and Wahabism that had extended to more than two centuries.

Al-Saud regularly exploits violent Salafism for its interests, but always fails to control its harmful effects, which ultimately forces it to allow a foreign armed force to intervene to find its salvation. These foreign powers are usually non-Arab and non-Islamic, and ultimately bear the military and financial price of this intervention, as well as moral responsibility and persistent doubts that they want to launch a crusade against Islam.

We can overlook for economic or diplomatic reasons, as we have done for years with Qatar. I do not have to judge this issue, it is the problem of our elected leaders. However, it is dangerous to ignore or deny this phenomenon. Under these circumstances, it would be counterproductive to claim that we are in the process of inventing unbreakable method to neutralize violent jihadist groups while not even addressing the issue of funding these groups.

Last August, during the Conference of French Ambassadors, the President announced the convening of an international conference in Paris on the financing of terrorism.

The conference is expected to bring together some 50 countries on April 26 in Paris. Even now, in light of the developments of the war in Syria, the holding of this conference is still uncertain.