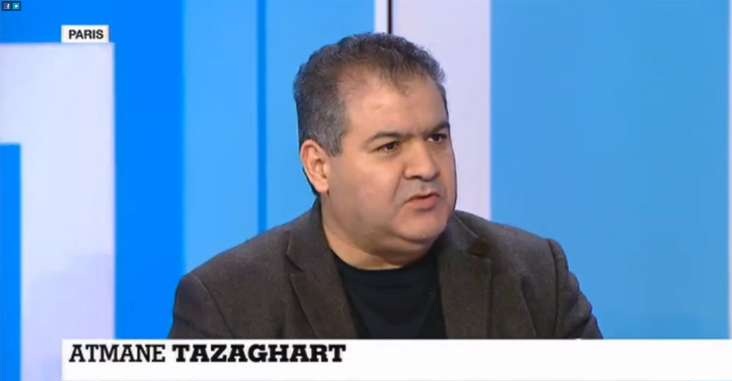 The new development came after the French Ministry for the Economy and Finance requested le Tracfin (acronym for Intelligence Processing and Action Against Illegal Financial Circuits) to reinvestigate criminal charges connected with Qatar’s investment in France. Le Tracfin is the ministry’s agency mandated with fighting money laundering and terrorism financing.

A probe initiated earlier by the Paris public prosecutor’s office was suspended after former President Nicolas Sarkozy endorsed in 2008 a treaty that exempted Qatari investors in France from taxes on the profits they make when they sell properties. The treaty made it hard for French tax authorities to determine the time properties change hands.

The decision to reopen the investigation came after French authorities obtained new information and documents that reinforce suspicions about the involvement of the Qatari royal family in money laundering and suspicious deals to finance terrorism and other criminal activities in different parts of the world.

At the center of these suspicions are members of the ruling al-Thani family, including Sheikh Hamad bin Khalifa al-Thani, the former emir of Qatar, his wife Sheikha Moza, and Qatar’s former Prime Minister Hamad bin Jassem al-Thani.

The reopening of the investigation caused the Qatari royal family to panic. At a meeting with French President Emmanuel Macron at the Elysee Palace in Paris, Qatari Emir Sheikh Tamim bin Hamad al-Thani appealed to the French president to suspend the probe. The Qatari ruler claimed that it was Qatar that was targeted by the fresh investigation.

Apologizing diplomatically, Macron said the French constitution did not give him the authority to stop an investigation.

A reliable source at the Elysee Palace said Macron’s diplomatic apology proved that the French government was determined to pursue the investigation to withdraw tax exemptions granted Qatari royal family members in France.

The day he took over the justice portfolio in the French cabinet, Francois Bayrou said the French government was determined to reconsider the special tax privileges the Qatari royal family had in France.

This sad news from the Elysee Palace prompted Sheikh Hamad’s legal advisors to advise him to stop cooperating with Chadia Clot, a mysterious woman who managed the Qatari royal family’s properties and investment activities in France for more than 20 years.

Clot resigned as head of the Qatari royal family’s French properties management team. She also quit her position as the head of the Printemps department store which was bought by a fund controlled by Qatari royals for 1.6 billion euros in December, 2012.

Special sources confirmed that suspicions were thickening so rapidly over FPM involvement in money laundering and shady deals that Clot’s successor Giles de Bisou decided to close the holding company and suspend its activities.

The Qatari mystery increased after FPM handled properties owned by Sheikh Hamad through several sham companies opened in Luxembourg, Geneva and Singapore. Some of these false companies turned out to have been opened in tax havens, such as the British Virgin Islands in the Caribbean.

Le Tracfin’s investigators are trying to decode the mystery why the Qatari royal family opened sham companies in tax havens outside France, although Qatari investments enjoy exceptional tax advantages in the country.

The team of investigators mobilized by le Tracfin also has suspicions that companies opened in tax-free regions were used to finance illegal and criminal activities, such as organized crime, drug trafficking, arms sales and terrorism.

Of central importance in le Tracfin’s probe are two big deals handled by FPM for Sheikh Hamad through several sham companies outside France.

The first is the 3000-employee Printemps department store, which was purchased, via Divine Investment SA (DISA), for 1.6 billion euros in December 2012 by FPM.

Preliminary investigations into the sale discovered that Luxemburg-based DISA’s paid-up capital was only 31000 euros. The investigators also discovered that about 600 million euros were pumped through DISA into the pockets of unknown middlemen, who had no link whatsoever to the purchase. Le Tracfin’s probe estimated kickbacks, which were paid by the former Qatari emir, at treble the money he would have paid to the French tax department had he not enjoyed tax privileges in France.

On the other hand, le Tracfin is probing the purchase of the luxury yacht Katara, one of the world’s top 15. The former emir purchased Katara for 312 million euros from its German manufacturer Lurssen Werft in August 2010. Paris-based Alberto Pinto was assigned to carry out the interior design for 13.3 million euros.

The French investigators managed to track down 12 transactions worth about 100,000 or 500,000 euros in favor of Alberto Pinto via Credit  Agricole and Banque Martin Maure.

The probe revealed that Clot requested Alberto Pinto to address the invoice to a sham company based in the British Virgin Islands in the Caribbean, called Kalika Assets Holding Inc.