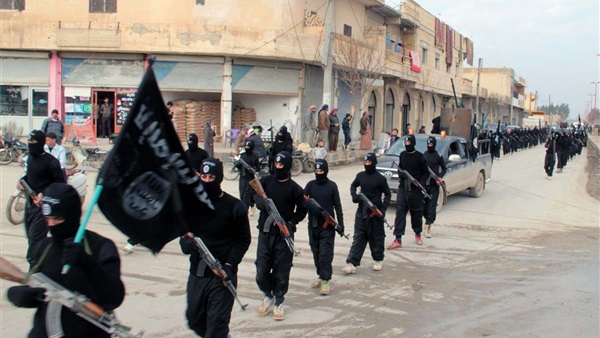 Different scenarios: The future of ISIS in the Middle East

The establishment of the Islamic State was declared on June 29, 2014 by its spokesman Abu-Mohamed Al-Adnani, who also revealed that Abu-Baker Al-Baghdadi was had been the Muslim Caliph. The Iraqi city of Basra was declared the capital of the new state.

After three years on December 9, Iraqi Prime Minister Haidar Al-Abadi declared triumphantly the end of anti-ISIS war in Iraq. In his statement, the Iraqi Prime Minister confirmed that the Iraqi army was tightening its control on the Iraqi-Syrian borders after the elimination of ISIS’s last stronghold in his country. Before its defeat, ISIS had managed to control about one third of the Iraqi territory.

A few days before Al-Abadi had come up with his declaration of victory, the Russian Ministry of Defence gave a statement, in which it confirmed that the Russian army had achieved its task in Syria. The ministry’s spokesperson added that the Syrian territory had been freed from ISIS.

Between 2014 and 2017, ISIS underwent a process of development so meticulous that the militant group had been described the most dangerous extremist movement in the world. The Islamic state mobilised savage fighters, who hailed from different countries in the world. The notoriety of these fighters, who raised the black banner in several countries in the region, led Lt. General Stephen Townsend, Commander of the US-led military coalition against the Islamic state, to warn that the threat was still substantial somewhere. Townsend also expressed deep concerns that ISIS was putting on a new image.

The US general’s warning should raise several questions on the future of ISIS after its defeat in Mosul. Inquiries are also there about the post-ISIS scenarios; and how the future of terrorist groups, such as Ansar Beitul Makdes in Egypt and Boko Haram in Nigeria, would unfold. Both Ansar Beitul-Makdes and Boko Haram had declared allegiance to the Islamic state. It is also evidenced strongly that after its defeat in Mosul, ISIS has developed new fight strategy.  The following points could help view scenarios ISIS will have to carry to draw up its future:

After its defeat in the Iraqi city of Mosul, ISIS fighters withdrew to Syria and  reorganized themselves in Raqqa. The Islamic state was said to have been on the brink of collapse, a precarious situation, which prompted calls to shift allegiance from individuals to commitment to fighting to the end. ISIS was, therefore, said to have plunged into a stage of ‘mass suicide’. As a result, ISIS’s new fight strategy could take three courses as follows:

The fact that the majority of ISIS commanders are still alive somewhere should substantiate the probability that its fighters are endeavouring to reorganise their ranks. ISIS is also said to have managed to redeploy its fighters inside Syria and Iraq. The new strategy has given rise to concerns that these fighters will have strong footholds in ‘soft points’ in areas where fighting is taking place.

However, achievements in this respect is closely associated with progress to be made in bids sought to resolve several issues, such as the political reconciliation between the armed opposition factions on the one hand and the Syrian regime on the other hand; the status of Sunni people in Iraq, the reconstruction of freed areas, and the return of refugees. Although the Islamic state has been defeated, factors, which had helped it deepen its existence and tighten its grip on vast areas, are still there. It must be said that the future of Syria and Iraq remains nebulous and foggy.

There is a high probability that ISIS commanders will collaborate to suggest a new control strategy, which could help them revive their crumbling Islamic state in different environments, such as Libya, Yemen, and Egypt’s North Sinai or the south part of the peninsula.

Nonetheless, the achievement of this goal is dependent on the success ISIS could claim in its bid to redeploy and reorganize its fighters in the new host countries. In the meantime, it remains uncertain whether ISIS fighters will manage to break tight security measures and infiltrate into new areas. In addition, the absence of a suitable environment for the survival of ISIS in new areas constitutes an impediment.

3-The rise of offshoots

There is a strong probability that the Islamic state will in due course splinter into small militant groups to launch terrorist attacks in the new host areas. After their defeat, ISIS fighters went into hiding among civilians. They must be preparing themselves to launch suicidal attacks and plant improvised explosive devices.

‘What next?’ was the pressing question in the wake of the US-led war in Afghanistan against Al-Qaeda’s Osama bin Laden at the beginning of the third millennium. The answer to such a question was the birth of ISIS in the end of 2014.

The post-ISIS era has been at the centre of arguments triggered after the militant group was dealt a big defeat in Mosul; and had the noose tightened on its neck in Syria. So, will the region witness a transborder violence at the hands of a new version of ISIS? And what is the future of ISIS-linked groups in the region?

The answers to these questions should draw our attention to three courses ISIS-linked groups, which paid allegiance to Abu-Bakr Al-Baghdadi, could take:-

First- It is probable that these groups will disengage themselves from the parent group. The example is Tahrir al-Sham (formerly known as Jabhat al-Nusra), which divorced  Al-Qaeda and withdrew its allegiance to Al-Qaeda’s Ayman Al-Zawahri. Following its breakaway, Tahrir al-Sham sought to reinforce its ranks by inviting other Al-Qaeda-linked groups and armed militias to tuck their heads under its cloak.

Accordingly, Ansar Beitul-Makdes in Sinai, Nigeria’s Boko Haram, and Yemen’s ISIS are likely to walk down this road. They may also seek to form a new organization and invite other terrorist groups active in neighbouring countries to come over and join it.

Second- It is likely that ISIS-linked groups will shift their allegiance from Abu-Bakr Al-Baghdadi to Al-Qaeda’s Ayman Al-Zawahri.

Third- ISIS-linked groups in regional countries may find it better to walk in the footsteps of Libya’s Ansarul Shari’a, which disbanded in May last year; several terrorist groups in war-ravaged countries did likewise. An armed militia formed to allegedly defend the Libyan city of Beni Ghazi was the last to disband in June 2017.

In short, the year 2017 represented a turning point in the history of ISIS, especially after it lost its strongholds in Mosul in Iraq and Reqqa in Syria. Taking into consideration the nebulous situation and that several political and security issues were not settled last year, it makes it difficult to suggest whether ISIS will redeploy its fighters in different areas in the region. Or, will the collapse of ISIS compel its fighters to accept the offer and join different terrorist groups, such as Al-Qaeda?