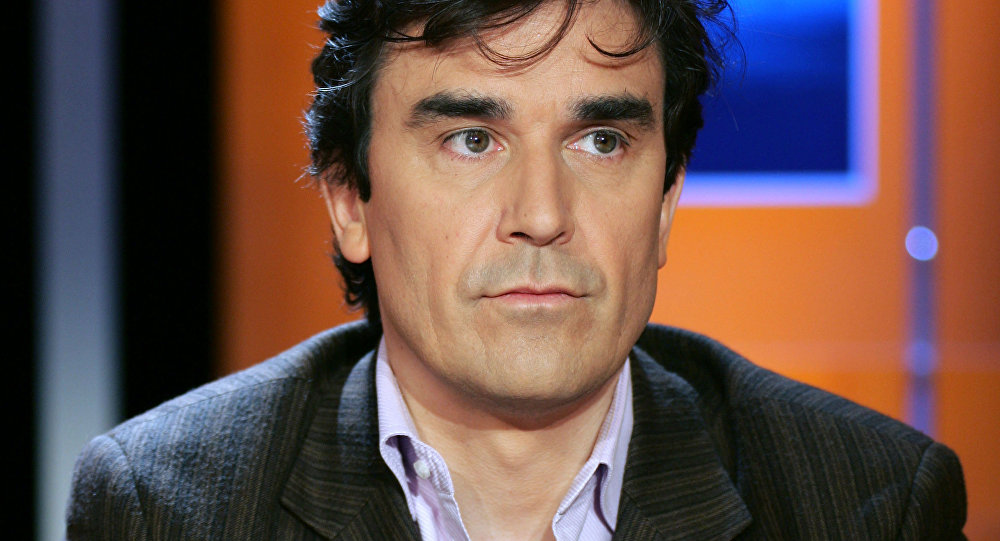 Being afraid of accusations of laxity towards counter-terrorism, Qatar adopted measures to fight financing of Islamist groups, which are labeled terrorists by the international community. Following a deal reached between Doha and Washington, Qatar has signed with France a Letter of Intent during French President Emmanuel Macron’s visit to Doha on November 17 2017. Per the letter, a group of Qatari individuals were forced to stop financing the terrorists, particularly Al-Qaeda-affiliated group in Syria. However, Dohas still has a lot to do.

For many years, a half-dozen Qatari group has financed Al-Qaeda branches in Syria and Iraq and the Somali Al-Shabab militant group. During the investigation, which conducted for book “Our Dearest Emirs, Are they really our friends” by my colleague Christian Chesnot and I, actually our friends”, we met with one of the terrorist financiers Sheikh Abdul Rahman bin Omar al-Nuaimi in Doha in 2016. He was blacklisted by the European Union and the United States in 2014.

In 2013, U.S. Treasury Department has labeled al-Nuaimi as a Specially Designated Global Terrorist (SDGT) over providing terrorist organizations with money and technological support. Despite that the grey-bearded grandfather seems quite and peaceful, he is nothing but a second conspirator.

In mid-2000, Sheikh Nuaimi was paying $2 million monthly to Qaeda in Iraq, Daesh’s ancestors. Then he funded the Lebanese group of Osbat al-Ansar ( means The League of Partisans in Egish) in Palestinian refugee camp of Ein al-Hilwa, southern Lebanon. In 2014, The sheikh transferred $600,000 to Khaled al-Souri, Qaeda leader Ayman al-Zawahiri’s envoy to Syria, according to U.S. State Department data. In 2015, he provided Qaeda-linked Al-Shabab militant group with $250,000.

Many charges have been denied by the sheikh. “Bring evidence that we are financing terrorists,” he told us. “The reason of the American accusations against me is releasing a report on U.S.  drones after I gave it to U.N. experts on December 8, 2013, when I revealed that the U.S. has illegally killed innocent people, particularly in Yemen, where about 950 persons were killed by the drone airstrikes.”

The Qatari authorities have recently tightened their grip on the Sheikh. However, the situation was different two years ago,when we met with him without any problems except for a kind of distrust shown towards western journalists. “I have no any problems with Qatari authorities,” he told us at that time. “My problem is with the Americans. They wanted to silence me. I am not banned from traveling abroad except to Europe, U.S., and Saudi Arabia.”

Undoubtedly, Al-Karama Charity, which he presides, is financed by the Qatari government. The Sheikh’s ties with the ruling family of Qatar are old. Admittedly, Nuaimi was imprisoned in 1998, when he was an employee at the Ministry of Education, over  signing a petition opposing women emancipation, which was also targeting Sheikh Mouza, the second wife of former emir Sheikh Hamad bin Khalifa Al Thani. The petition also was signed by three members of the ruling family, reflecting that the family has been penetrated by ultra-conservatives. In 2001, the sheikh was released and was welcomed by former Emir Hamad, who appointed him as an envoy to some jihadists like Abdel-Mageed al-Zentani, one of the close jihadist to former leader of Al-Qaeda Osama bin Laden and who was wanted the U.S.

In short, Nuaimi was a persona-non grata. In 2004, he founded Geneva-based “Karama” charity, which is a mere cover. In 2009, Karama called for supporting the “Iraqi Resistance” against the foreign occupation forces – the American troops- although U.S. has has a military base in Qatar to protect the tiny emirate.  The paradox that reflects Qatar’s double-game approach. Qatar has let the Sheikh to hold a series of meetings to attack and criticise the West. “The Americans asked the Qatari authorities to stop raising funds of supporting the rebels in Syria. It was not Qatar who decided it on its own,” he said in 2016.

If it was requested from the sheikh to blatantly lie, he would swear that Qatar has never financed the Muslim Brotherhood or the rebellion groups in Syria, Egypt and Libya during the Arab Spring. “We have always supported peoples’ choices,” he said, adding “If he people supported the Islamists, we will support the people even if there were objections; Al-Nusra Front (the former branch of al-Qaeda in Syria) was accepted by the Syrian people. And if the people chose al-Nusra, that was their choice. For me, there is a difference between al-Nusra and Daesh. Daesh militants are occupying forces, unlike al-Nusra which mostly comprises of Syrians fight against dictator Bashar al-Assad. So there is nothing wrong to support and finance them to achieve their goal.” The Sheikh openly showed his sympathy with groups designated as terrorists by the international community.

That al-Qaeda financier got benefits from lenient attitude by Qatar’s allies in Europe. In late 2011, Nuaimi visited Paris without being worried by any tightened measures by  the French authorities, which were very close to Qatar at that time.

Nuaimi is not the only case; there are half a dozen of terrorism financiers due to Qatari lenient policy. For example, Salim Hassan Kuwari and Abdullah Ghanem Khawar are accused by the US Treasury Department of providing hundreds of thousands of dollars to al-Qaeda to launch its operations and to free al-Qaeda detainees in Iran and other places.

“Most of those Jihadist financiers are belong to big families or to prominent tribes; the authorities find difficulty to deal with them,” Qatari officials said to justify the lack of taking any actions against those financiers. “If Qatar took an measure against anyone belongs to a tribe, the whole tribe will stand against the state. Being a tiny country, Qatar could face destabilizing the society by such resistance.” However, such argument is totally rejected by the Western countries, which see that there is an action should be taken against the financiers of radical Islam. The example of Saudi Arabia proves so.

In 2009, The former U.S. Secretary of State Hillary Clinton affirmed in a diplomatic cable, leaked by Wikileaks, that dealing with Qatar was “the worst in the region” of the Middle East.

Under U.S. pressure since 2015, Doha has taken measures to curb terrorism financing via freezing the financiers’ assets. It also barred two financiers – Saad al-Kaabi and Abdel-Latif Al-Kawari- from leaving the Qatari territories. In 2015, Doha also conducted a restructure for the Anti-terrorism Committee after the issuance of several decrees to curb the activities of the charities. Despite such measures, there are some individuals and entities “continued to serve as financiers to terrorist groups,” according to a report issued recently by the U.S. Secretary of State.

In the section of “ terrorism financing,” the operation of paying ransoms to Qaeda-linked abductors of western hostage in Syria should be added. Qatar has specialized in paying ransoms over the past years as it has involved in dozens cases of taking hostages. The total amount of money paid to Al-Nusra reached $150 million, a treasure for such organizations to recruit new terrorists.

When Qatari officials were asked about the type of financing, they replied “Do not blame us. Blame the European countries which urge us to do so.” It is not a mistake.  Doha also hides behind humanitarian attitude; the religious rapprochement between Qatar and these abductors overshadow the “generosity” of Doha in such suspicious deals.

When we asked Emir of Qatar Tamim bn Hamad Al Tani during a joint press conference with President Macron about how his country hosts individuals, like Nuaimi, blacklisted by U.S. and European countries such, Tamim said “this is false information circulated by the media.” President Macron said nothing. On April 26, France will host an international conference on the issue of terrorism financing. If the French authorities want to maintain good relations with Qatar, they should practice strong pressure on Doha to end this support for terrorism, should stop the double-standard speech and should be convinced that Qatar’s Western allies’ security is at stake.