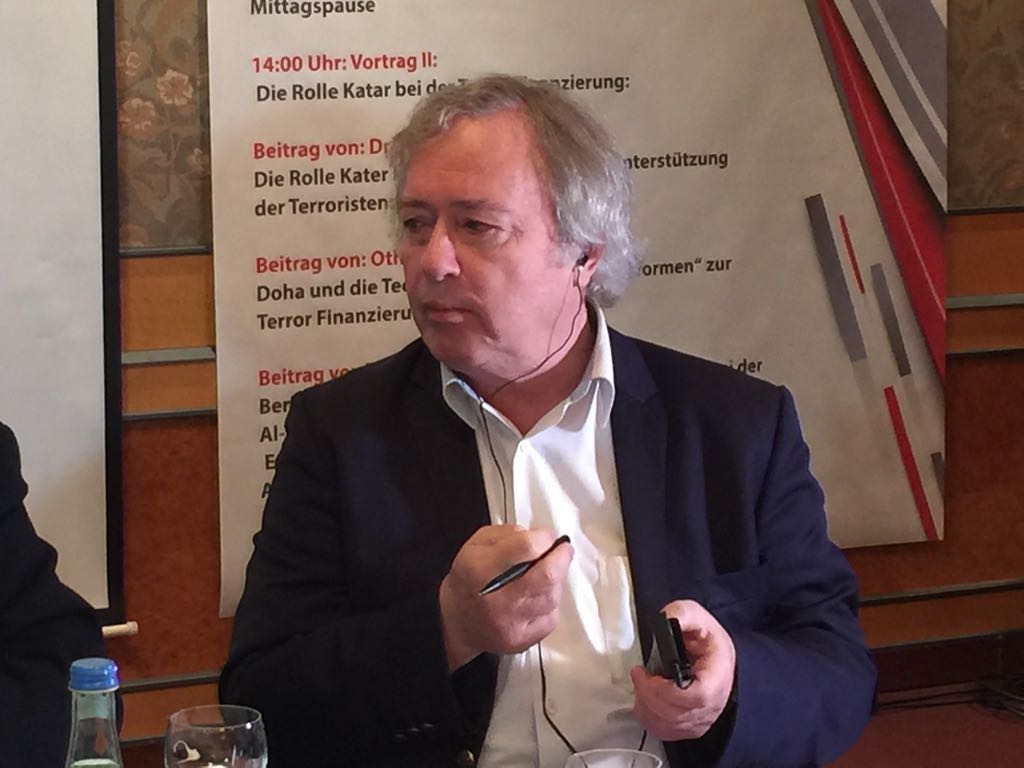 Campione, Al-Taqwa and financial claws of the Muslim Brotherhood

I’ll start with a split: Do you know Campione? It is a small province in the size of the Vatican and has 2,500 inhabitants. I will help you more: It is an Italian province overlooking Lake Lugano located in the Italian territory.

This town is considered a separate enclave. It is located in Italy and is surrounded from all sides by the Swiss province of Ticino. Why am I talking to you about Campione?

The province is famous for its own casino. For decades, it has been receiving two Muslim Brotherhood leaders in Europe: two men working in the banking sector: Yusuf Nada of an Egyptian origin aged 87, and Ali Ghaleb Himmat, 78.

Those who read the book “Mosque in Munich, Nazis, US Intelligence, and the Rise of the Brotherhood in the West” published in 2011 by Pulitzer Prize-winning author Ian Johnson know who Ali Ghaleb Himmat is.

In the 1960s, with the help of Said Ramadan, the father of Tariq Ramadan, the Brotherhood put their hands on this mosque with the blessing of the West.

There are some preliminary questions: Why did these men take Campione as their headquarters? Does it have something to do with the existence of the casino? I will answer this question. On one hand, especially as this casino will never favor a name associated with these two people, there are only those bad tongues that might make us imagine that a casino can be used for money laundering. It seems not to be so, especially since Casino Campione has a deficit of over 100 million Swiss francs (90 million euros) and Italy does not care about reviving it.

On the other hand, Youssef Nada is a very sensitive old man. In 2012, he turned to the European Court of Human Rights against Switzerland, and the court ruled that the Swiss authorities had unrightfully taken his right to have his private life being respected. Bern city paid him a fine of 30,000 euros. Youssef Nada did not need this amount of money because he is a billionaire, and no one has done any investigations to find out the source of his wealth. I mean here “no one”, neither men of justice nor policemen.

I think you have really understood how important this small place is and how it has an exceptional status. In fact, Campione is considered a small Switzerland, especially as it is one of the best tax havens.

Although it is located in the Lombardy region, Campione is outside the European Union’s tax territory, and its official currency is the Swiss franc. In Campione, Swiss postage stamps and cars with Swiss plates are also used. It is no coincidence that the two rich men live in Campione which is considered a village. It is not just about the beauty of the sunset on Lake Lugano.

Al-Taqwa Bank: Failure on all axes

Were it not for the events of September 11, 2001, the authorities would not have noticed the activities of these two banks, which are characterized by prudency. However, since 1988, the two men have been running a small financial institution called Al-Taqwa (piety), located in Switzerland, Blujano, Belchtenstein and the Bahamas. The Bahamas is located next to the United States of America. We should not just throw stones at Switzerland.

Surely you remember all I wrote about Al-Taqwa institution in thousands of publications. It was said that the bank financed the terrorist charities of Osama bin Laden. As a journalist, I spoke more than once about this small bank. The company was liquidated in December 2001, incurring losses worth hundreds of millions of dollars. Its officials were accused of “supporting and participating in a criminal organization”. And what has happened since then? In 2005, the investigation was closed for lack of evidence.

In August 2010, the UN Security Council removed the name of the bank from the list of al Qaeda-affiliated individuals and entities. In the United States, no action was taken against members of the Board of Directors of Al-Taqwa Bank. The same happened in Switzerland, Liechtenstein, and other countries. We also note that Jordan has accused the Bank of supporting terrorist organizations.

Are the hands of those who are on it white as snow? Of course not. But on the one hand, there is a real difficulty in tracking the financial flows that fuel terrorism. Officially, Al-Taqwa Bank was financing small humanitarian operations in the Muslim countries. Who would go to investigate this matter on the ground? Who can determine the actual financial value of building a bridge or drilling a well?

We must regret the inefficiency of some judges supported by unrealistic experts. Practically, all the investigations carried out in Switzerland after 2001 by the federal prosecutor responsible for cases of terrorism have failed in a desperate way.

Let us remember that after September 2001, a book entitled “Bin Laden, the Forbidden Truth” was presented after months of work as a sacred book to understand al-Qaeda and to learn all about its funding. The book sold more than 200,000 copies, and was translated into several languages, but it was only a work to compile articles published online. One of the book’s authors was later used to help Swiss justice. The prosecutor in charge of the terrorism case was a former judge in Neuchatel, a small district resided by 180,000 people, who did not receive specialized training in this regard.

All the investigations that took place around Al-Taqwa Bank and its directors were useless. However, investigators found that Yusuf Nada traveled to Afghanistan in 1989 and met Gulbuddin Hekmatyar, a hardline Islamist. As for Ali Ghaleb Himmat, he moved to Afghanistan, back in 1993, and there were no moderate Muslims there either. These trips demonstrate that the Muslim Brotherhood, which officially condemns terrorism, can sometimes establish links with jihadist movements. However, we must mention that these terrorists were financed by Americans.

I return to the story of the interesting Youssef Nada; one of the few senior members of the Muslim Brotherhood who admitted on the screens of Al-Jazeera that he belongs to this organization. He was imprisoned by Gamal Abdel Nasser between 1954 and 1956, then hid in Libya and was forced to flee when Colonel Muammar Gaddafi seized control. Then he began the long exile route starting with Greece, then Austria and Italy. He made his fortune by working in cement. In addition, he is one of the leaders of Islamic finance. Today he is an old man and I think he will die in his bed without the investigations proving his relationship with the terrorist organizations for decades.

Invasion of the West

The most important of all is the discovery of a 14-page document in Villa Youssef Nada entitled “The Project”, dated December 1, 1982. The content of this document was published in France in 2005 in a book entitled “Invasion of the West, The Secret Project of Islamists” by the Swiss journalist Sylvain Besson. For the first time, a document confirmed without a doubt that the Brotherhood wanted to make Islam the dominant civilization and put an end to the physical domination of the West over humanity. Clearly, the main goal of the Brotherhood is the West, specifically Europe. I will just give you some nice recommendations from the “Project”:

– Conducting a scientific study on the possibility of establishing the rule of God in all parts of the world.

– Assisting by providing numerous and diverse surveillance systems in more than one place to gather information, and to adopt a conscious and effective connection in the service of an international Islamic stream.

– Inviting everyone to participate in the parliamentary, local and union councils as well as the councils of some other institutions chosen by the people in order to achieve the benefit of Islam and Muslims.

– Establishing bridges between the trends involved in jihad in the world and the Muslim minorities as well as supporting them as much as possible.

– Certainly conducting studies on the Jews, the enemies of Muslims.

And because I did not forget that the subject is about the financing of terrorism, there are other tips for the “Project”.

– Raising sufficient funds for the continuation of Jihad.

– Searching for the possession of most of the bank’s capital to allow the ability to manage and control the bank.

– Creating coverage under a legal investment framework to maintain confidentiality of financial transactions.

What can I say more? I just want to compare the blacklist of safe tax havens in the world, proposed by Brussels, which mention Saint Lucia, Mongolia, Trinidad and Topado, on the list of countries that lack financial transparency. This list is prepared by the Tax Justice Network.

No. 1, Switzerland, No. 2 The United States, No. 3 Cayman Islands, No. 4 Hong Kong, No. 5 Singapore, No. 6 Luxemburg, No. 7 Germany. Why the difference? Certainly St. Lucy, for example, is a black hole. But who dares to put his money on this island? Not even 0, 00001 of fraudsters. In contrast, 22.3% of the world’s financial flows pass through the United States. So, amidst the billions of dollars that are being invested in this country, there are greater opportunities for terrorism funds to grow and flourish.