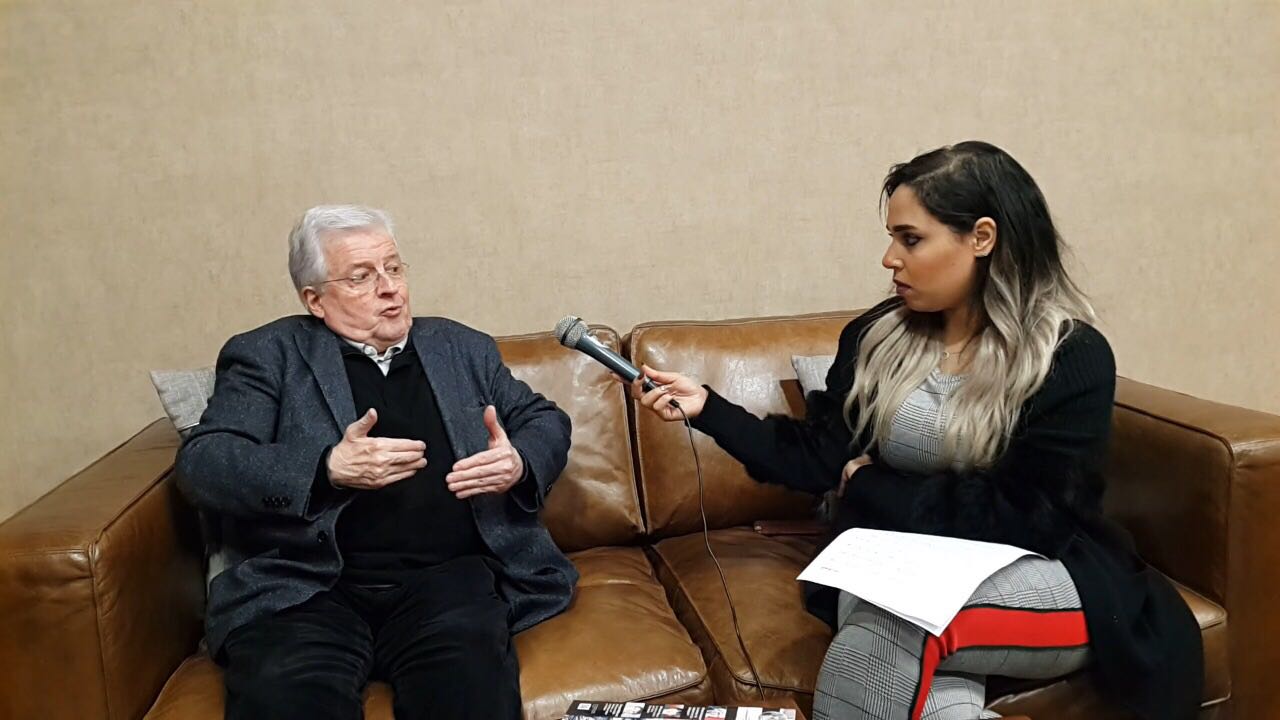 Christain Malard has covered the Gulf War news from Washington and the Iranian Revolution as a reporter from Tehran. He studied journalism and American literature at Kingston Ontario University in Canada. He began to work as a journalist in international affairs. He has worked in the French government channel, BBC, BBC World, and the world’s most famous media networks.

Christain Malard said that President Sisi is one of the most important leaders in the entire Arab world, especially the Middle East, for his role in the fight against terrorism and other terrorist organizations such as the Brotherhood. He added that he has all the respect and hopes to have an interview with “al sisi” soon.

Malard added “President Vladimir Putin, President Abdel Fattah al-Sisi and Algerian President Bouteflika are the three most important leaders who facing terrorism in the region,” adding that Putin is a key player in resolving the crisis in the Middle East, because he is the only person who can speak for all With all parties, in addition to he is a good friend of President Sisi.

As for what is happening on the Iranian scene, Malard said that “it reminds me of what I saw and said 40 years ago when Ayatollah Turki ruled and the demonstrations of the Iranian people against him at that time, and what happened these days, the regime began to take rapid steps to cut off the Internet and communications. This reflects the extent of caution and fear of the future in Iran”, Malard said.

He stressed that there seems to be a new revolution in Iran, like the 40 years once ago this revolution was began and lasted for 14 months against the rule of the former Shah of Iran, but eventually succeeded in overthrowing him, But we have to wait for the coming weeks to see how things develop and see what happens in Tehran.

About Putin How do you see this man?

From my point of view, Putin is a key player in solving the crisis in the Middle East and the world in general, because he is the person who can talk about everything and with all parties in all crises, especially the Middle East crisis, in addition to being a good friend of Sisi, Saudi Arabia, and has a good relationship with Mohammed bin Salman, in addition to his strategic relationship with Iran, but I know that Putin does not trust the Iranians.

Sooner or later, Putin, Iran, Iraq and all these provinces will have a political agreement on the Syrian crisis and Syrian President Bashar al-Assad (whom I met four times). Certainly I am convinced that the Russian army will not leave Syria militarily. Military in Syria, even if only partially, and when trying to get closer to Bashar Assad there will be a state of conflict with the Iranians.

I confirm that this is why I now believe that the three leaders who are leading the same struggle against the unfinished Islamic fundamentalism (da’ash), Putin and Bouteflika.

I have met former President Hosni Mubarak 29 times, and I had met once with former Egyptian President Anwar Sadat when he endorsed the Camp David peace agreement. Egypt has strong military leaders.

I was very happy with the majority of the Egyptian people when they were able to understand the strategy of the Muslim Brotherhood and the danger of the isolated President Mohamed Morsi. The people were not crazy when they went out in the June revolution.

The Tunisian Muslim Brotherhood are not as stupid as they are in Egypt. The Tunisian were so smart that they were able to make the decision to withdraw in due time, but Marsa’s stupidity came through his overt attempts to turn Egypt into an Islamic republic.

This is why I was very happy when I saw Sisi responding to and supporting the Egyptian people’s revolution only one year after the rule of the Muslim Brotherhood, because the people were able to realize to what extent these people were liars and deceitful, and of course, if this indicates that the people of Egypt More maturing than other peoples in other Arab countries.

How can we begin to fight terrorism and achieve peace in the world and there are those who push for more terrorism?

You mentioned the decision of the American president on the status of Jerusalem, which is the most sensitive place in the Palestinian issue, and the strange the decision while Egypt is making desperate attempts to heal the rift between the Palestinian parties, in preparation for achieving a lasting peace between all parties based on obtaining the just rights of the Palestinian people and building an independent state with Jerusalem as its capital .

The fault in my point of view, lies in the strategy of dealing with this issue by Trump, but I also think that the problem of Hamas is more complicated, and it also impede reaching a final solution, do not forget that we were many opportunities before Trump’s hasty decision, but Hamas aborted it.

Egypt is still trying to solve the problem between Fatah and Hamas, but the problem here from my point of view is to try to imagine that you want to make peace with someone, but he does not want to be here, I mean Hamas, what can Mahmoud Abbas do.

But I trust President Sisi, who is a strong military man, and is trying to reach anything in this crisis. I think the only two people who can put pressure on Hamas are Sisi and Putin

What do you think of the difference between Macron and Trump?

Macron has a traditional and classic approach to the two-state solution, and must live in full security. East Jerusalem is the capital of the future Palestinian state. Macron met a week ago with Palestinian President Mahmoud Abbas and recognized the Palestinian state. Stressed the importance of the return of Abbas and Netanyahu to the negotiating table, but I repeatedly emphasize that Hamas is the problem, and there can be no peace because of Hamas.

But on the same point between Trump and Macaron, I know they have the same enemy. The question is very sensitive at the moment is that Israeli Prime Minister Netanyahu when Macaron received him in the Elysee a week before receiving Palestinian President Mahmoud Abbas and three days before receiving King Abdullah King of Jordan, Macaron said, I hope there will be political action from Israel on the settlements, and I certainly think if Netanyahu said yes and I will stop the settlements, it will surely ease the situation and increase the desire of returning to the negotiating table, but again by Mahmoud Abbas Netanyahu is in trouble S, which is still in need of a radical solution.

What is the best for Macron and France looking forward the Arab countries and the Middle East or Iran?

It is certainly good for France to cooperate with the Arab countries and not to Iran. Of course, Iran cannot be isolated because it is a country with a great culture and civilization. Today I think if you ask people to choose another president and they have the option of voting they will not choose Turki, Rouhani or Khamenei.

I am still convinced, and I do not know when the most important decision is the revolution in Iran and change. When religion takes control of politics it leads to disaster as in Iran.