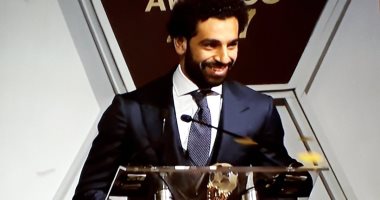 He made these remarks after winning the best African player for 2017 award given by the Confederation of African Football (CAF) during a ceremony held in the Ghanaian capital Accra.

Salah expressed his happiness for winning the award, saying it is a great honor to be nominated among the top three players in Africa.

He underlined that winning this award is a dream that has come true in 2017.

In addition, he thanked his family for their continued support.