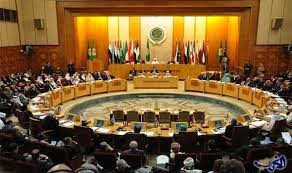 Arab league meeting to unify efforts on US decision

(MENA) – Arab League chief Ahmed Abul-Gheit hailed as very useful a six-way meeting of the pan-Arab body on Al Quds, that was held Saturday at Arab League headquarter in Cairo

Addressing a news conference following the meeting, Abul Gheit said that another expanded meeting will be held later this month to further discuss ways to confront a US decision to recognize Jerusalem as Israel’s capital.

“Today’s meeting was meant to lessen any losses for Palestinians and any successes for Israel,” the secretary general said, adding that the process of the Arab action will press ahead with the Arab goals.

Jordanian Minister of Foreign Affairs and Expatriates Ayman Safadi said security, safety, and stability in the region can only be achieved by establishong of an independent Palestinian state with East Jerusalem as its capital.

A delegation will be formed to contact the world powers to limit the negative consequences of the US decision to recognize Jerusalem as the capital of Israel and to exert an effective effort to pressure Israel to abide by the resolutions of international legitimacy and to stop all unilateral steps, the Jordanian minister added.