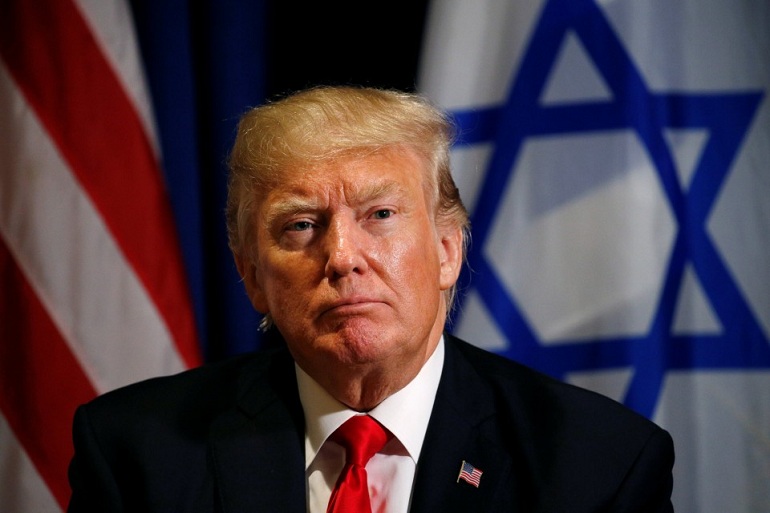 WASHINGTON – President Donald Trump may recognize Jerusalem as Israel’s capital Wednesday, upending decades of careful US policy and ignoring dire warnings of a historic misstep that could trigger a surge of violence in the Middle East.

A senior administration official said Trump would make the announcement — ignoring frantic warnings from US allies in the region and around the world — at 1:00 pm (1800 GMT) from the White House.

“He will say that the United States government recognizes that Jerusalem is the capital of Israel,” a senior administration official said, speaking on condition of anonymity.

“He views this as a recognition of reality, both historic reality,” the source added, “and modern reality.”

Plunging further into a decades-long dispute over a city considered holy by Jews, Muslims and Christians, Trump will also order to begin planning to move the US embassy from Tel Aviv to Jerusalem.

“It will take some time to find a site, to address security concerns, design a new facility, fund a new facility and build it,” the official said, indicating that the move would not be immediate.

“It will be a matter of some years, it won’t be months, it’s going to take time.”

The status of Jerusalem is a critical issue in the Israeli-Palestinian conflict, with both sides claiming the city as their capital.

In a frantic series of calls, the leaders of Saudi Arabia, Egypt, Jordan, the European Union, France, Germany and Turkey all warned Trump against the move.

Anticipating protests, US government officials and their families have been ordered to avoid Jerusalem’s Old City and the West Bank.

Trump’s move comes close to fulfilling a campaign promise, and will delight his political donors and the conservative and evangelical base so vital for the embattled president.

Most of the international community does not formally recognize Jerusalem as Israel’s capital, insisting the issue can only be resolved in final status negotiations.

US officials talk of “threading the needle” — fulfilling Trump’s campaign pledge, while keeping the peace process on the rails.

The White House argues that such a move would not prejudge final talks and would represent the reality that west Jerusalem is and will continue to be part of Israel under any settlement.

“President Trump remains committed to achieving a lasting peace agreement between the Israelis and the Palestinians and is optimistic that peace can be achieved,” a second official said.

Trump “is prepared to support a two State solution… If agreed to by the two parties.”

Critics say Trump’s approach is more like “splitting the baby” and could also extinguish his own much-vaunted efforts to broker Middle East peace while igniting the flames of conflict in a region already reeling from crises in Lebanon, Syria, Iraq, Yemen and Qatar.

The armed Islamist Hamas movement has threatened to launch a new “intifada” or uprising.

Saudi Arabia’s King Salman warned his close ally that moving the US embassy was a “dangerous step” that could rile Muslims around the world.

“Mr Trump! Jerusalem is a red line for Muslims,” Salman told him.

The move already impacted the stock market in far away Japan, which closed down nearly two percent Wednesday in part over concerns on the fate of Jerusalem.

The issue could be “an unsettling factor to the global order,” said Makoto Sengoku, market analyst at Tokai Tokyo Research Centre.

Israel seized the largely-Arab eastern sector of Jerusalem during the 1967 Six-Day War and later annexed it, claiming both sides of the city as its “eternal and undivided capital.”

But the Palestinians want the eastern sector as the capital of their future state and fiercely oppose any Israeli attempt to extend sovereignty there.

Trump was pushed to act on the embassy as a result of the 1995 Jerusalem Embassy Act, which stated that the city “should be recognized as the capital of the State of Israel” and that the US embassy should be moved there.

An inbuilt waiver has been repeatedly invoked by successive US presidents, postponing the move on grounds of “national security” once every six months, meaning the law has never taken effect.

Several peace plans have unraveled in the past decades over the issue of how to divide sovereignty or oversee sites in Jerusalem, with questions over the status of the city repeatedly sparking anger on both sides of the conflict.