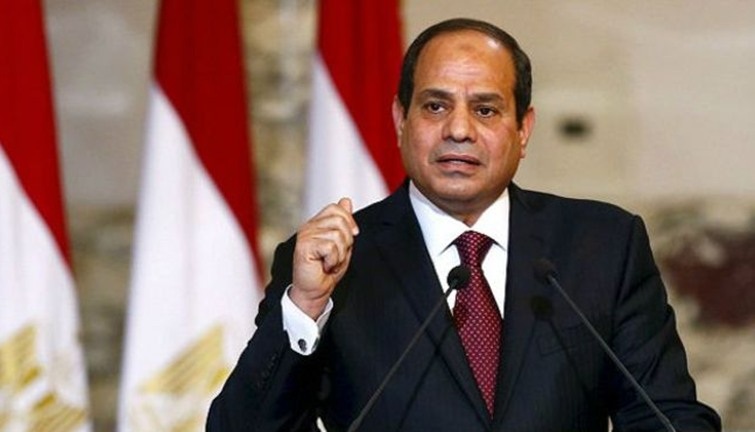 Egyptian President Abdel Fattah al-Sisi described the city of Jerusalem as a “decisive” issue for the international community and international legitimacy, referring to the city’s position in human history, religious and national peculiarities and the occupation it has been suffering since 1967.

“It is a case of justice and right in the face of the use of force to impose realities on the ground and reward the occupiers,” Sisi said. “This is why Arab, Islamic and international unity is required at the highest level to back this case,” he added.

Addressing a huge gathering of leaders at the emergency Islamic Summit in Istanbul, Turkey, in a speech read on his behalf by Egyptian Foreign Minister Sameh Shoukry, Sisi reiterated his country’s rejection of violating Jerusalem’s status or the rights of the Palestinian people.

He said these rights cannot be changed and that the Palestinians had the right to decide their fate by themselves and achieve independence for their country which has to have East Jerusalem as its capital.

It is everybody’s duty, Sisi said, to firmly and clearly oppose the defeat of an unarmed people with nothing on its side but justice and international law at the hands of the occupiers.

“Egypt denounces the unilateral American decision which violates international legitimacy,” Sisi said. “It does not think this decision can create any new political or legal realities.”

He said Jerusalem was a city under occupation and an inseparable part of Palestinian territories occupied by Israel in 1967.

“This is a historical and legal reality,” the Egyptian president said in his speech. “It is a reality backed by resolutions issued by the United Nations General Assembly.”

He said this reality could not be changed without ending the Israeli occupation of Jerusalem. Sisi added that nobody, whoever he was, had the right to get around international law or the historical rights of the Palestinian people by legitimizing the confiscation of Palestinian land and rights.

The Palestinians, he said, agreed to settle their historical conflict with the Israelis in the light of Security Council resolutions and international legitimacy.

The Arabs, he added, had also opted for peace as a strategic choice, provided that it is based on the two-state solution.

He said this violation could also open the door wide for all negative consequence.

“Egypt rejects dealing with Jerusalem outside the framework of international legitimacy,” the Egyptian president said. “The Egyptian people will never forgive those who cause the rights of the Palestinian people to get lost.”